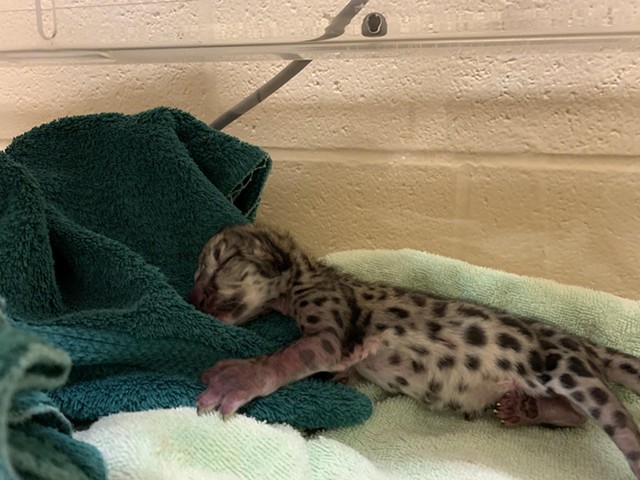 Zoo Director Steve Lacy said that Timila gave birth Friday in her nest box and appeared to be caring for the cub in the morning, but he said that it became clear that animal care staff needed to intervene at the end of the day. When the cub was examined, Lacy said he was hypothermic and dehydrated, so zoo staff made the decision to hand raise him.

“Removing a cub from its mother is the last resort, but after careful consideration of Timila’s behavior and the cub’s welfare, we decided it was the only choice,” said Dr. Louis DiVincenti, the zoo's director of animal health. 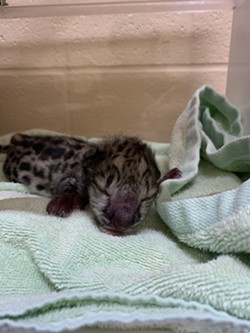 Zoo officials said that hand raising wild animals is an intensive process, and cubs neglected at such a young age are at high risk for illness.

“While we’re cautiously optimistic and excited for this new addition to the Seneca Park Zoo, we also recognize the intense care and attention the new snow leopard cub will be receiving at this critical time,” Bello said.

The zoo’s goal now is to raise a healthy snow leopard who will one day raise a family of his own. Zoo staff will work with the Association of Zoos and Aquariums’ Snow Leopard Species Survival Plan (SSP) to identify the best opportunity for the cub.

This is Timila’s second litter at Seneca Park Zoo with the 10-year-old male, Kaba, as a result of a breeding recommendation from the Snow Leopard SSP. Snow leopards are listed as ‘vulnerable’ on a list of threatened species.