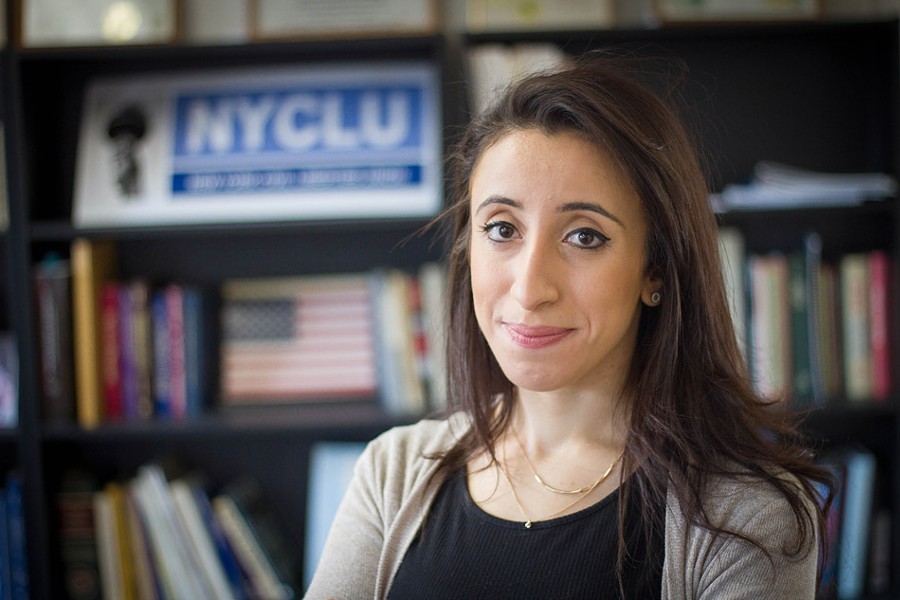 The remarks were made a day earlier by Iman Abid-Thompson, the director of the Genesee Valley Chapter of the NYCLU during a small protest outside of the District Attorney's Office in which she said into a microphone, "We know your names. We know where your children go to school."

Donna Lieberman, the executive director of the NYCLU, issued a strongly-worded statement that condemned the remarks, apologized on behalf of the organization, and vowed to look into the matter.

"These comments were not acceptable and do not represent the NYCLU," her statement read. "We do not condone threats of any kind and are taking this matter very seriously.

"The NYCLU will conduct a thorough investigation and take appropriate steps. We extend our deep apologies to anyone who felt threatened by these comments."

The statement was released a few hours after Abid-Thompson sought to clarify her remarks to CITY, which first reported them on Thursday, and was paired with an apology from Abid-Thompson.

Abid-Thompson, who has played a leading role with the activist group Free the People Roc in organizing demonstrations, was among 30 or so people outside the office calling for the resignation of District Attorney Sandra Doorley and that charges previously brought against protesters be dropped or reduced.

At one point, Abid-Thompson took a microphone that was being passed around among the leaders of the demonstration and lamented that a police barricade had kept protesters away from the courtyard leading to the front doors of the offices.

“I don’t know who the fuck Sandra Doorley thinks she is, but she made this . . . courtyard a trespassing zone? Is she out of her fucking mind?” Abid-Thompson said, adding, “You’re lucky that I work for the fucking ACLU ‘cause litigation is about to pop off.”

“This is white supremacy at its best,” she went on, “when people think that the law is within their side that they can do whatever the fuck they want.

“We’ve been watching them. We’ve been reading their damn policies,” she said in addressing the crowd, before turning toward the building and adding, “We know your names. We know where your children go to school. Don’t you fucking worry.”

Her remarks, which were captured on a Facebook Live video, were met with indignation on social media, as many people, even some sympathetic to the demonstrators’ cause for police reform, likened her comments about children to a threat and suggested she had gone too far.

In a phone interview earlier Friday, Abid-Thompson offered context to the statement. She explained that, at a previous demonstration, several protesters had mentioned having attended the same schools as some of the children of staffers in the District Attorney’s Office. 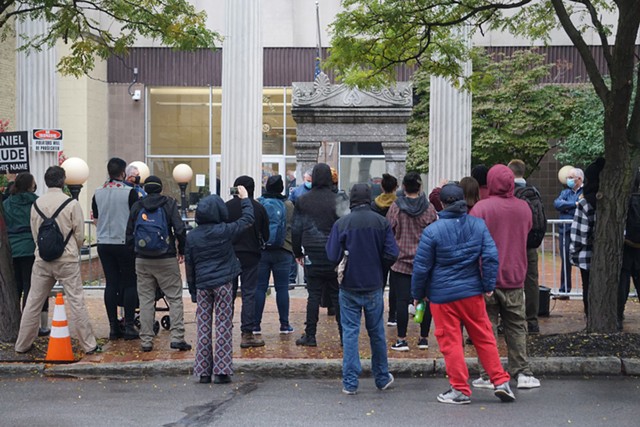 Doorley has been a target of protests since September, in part for charges that have been leveled against some protesters that activist groups have regarded as either heavy-handed or downright unnecessary, and in part for her perceived inaction toward prosecuting the officers involved in Daniel Prude’s death. A few weeks ago, protesters staged a demonstration outside Doorley's home in Webster.

Abid-Thompson said her comments were meant to illustrate that, despite the children of officials and police officers growing up alongside protesters, the officials and their families are detached from the issues at the forefront of the demonstrations, like systemic racism and racial injustice in policing.

“I would never threaten a child,” Abid-Thompson said. “The point of mentioning families is to reference that some of us have grown up with these cops’ kids and it’s so important to remind ourselves of how so far removed the families and the children are from the issues surrounding Black Lives Matter.”

In conjunction with the NYCLU's statement condemning Abid-Thompson's remarks and promising a review, Abid-Thompson issued her own statement.

It read in full: "At a rally yesterday, I mistakenly made unacceptable comments about public officials' families. I regret that my remarks made people feel unsafe, and I fully apologize to Sandra Doorley and everyone in the District Attorney's Office. It was never my intention to threaten anyone, though I understand that my words did not reflect that."