Some of the people who helped make Rochester's Neighborhood of the Arts what it is — and what it's becoming — say that this southeast city neighborhood is experiencing an unprecedented period of investment and growth.

And it's more than new builds. Long-vacant structures such as the Factory building on Russell Street, which is between University and Atlantic avenues, are being renovated. Additions, including three new buildings behind Village Gate, are in the works. And NOTA is gaining residents and commercial tenants from the suburbs, too.

"There's a lot of energy going on right now. It really is exciting," says developer Gary Stern, owner of Village Gate and other NOTA properties. "I've been here for, like, 30 years and this is the most excitement right now."

Rochester's Neighborhood of the Arts is a 15-block area in the southeast, with the boundaries generally considered to be East Main Street on the north, Union Street on the west, East Avenue on the south, and Culver Road on the east.

NOTA is known for its wide range of arts offerings, from large institutions such as the Memorial Art Gallery, to numerous small galleries and studios in the Hungerford Building, the old shoe-factory building at the corner of Anderson Avenue and North Goodman Street, and elsewhere.

NOTA is attractive, too, for its proximity to downtown, its affordability, its walkability, and its slightly off-kilter charm.

"We have a funky mix that's appealing to people," says Evan Lowenstein, president of the NOTA Neighborhood Association. "We have a lot of things going for us."

The evidence of NOTA's new life is all around, from the heavy machinery at work across from and behind Village Gate, to the growing crowds that turn up for the monthly First Friday gallery event — which is kind of like an art crawl.

"That's three times what it used to be," says developer Paul Kramer, who owns the flatiron building on University Avenue and other properties in the neighborhood.

What you're seeing now is the result of decades of planning and pushing, Kramer says. A lot of it goes back to a comprehensive 1990's planning proposal, he says, that rebranded the Atlantic-University neighborhood the Neighborhood of the Arts and mapped out a strategy for living up to the name.

Doug Rice says that he used the plan religiously when putting together ARTWalk, NOTA's popular urban art trail. ARTWalk played a significant role in revitalizing NOTA and branding it as an arts and cultural destination.

Rice, executive director of ARTWalk and a longtime NOTA advocate, says that the art trail functions as connective tissue between the different studios, institutions, and galleries. Prior to ARTWalk, he says, there was nothing really holding the neighborhood together.

The project that people often point to, the one that seems to represent a tipping point for the neighborhood, is the brewery and tasting room planned for 186 Atlantic Avenue, also known as the "Gleason lot."

The site has been the neighborhood's Number 1 development priority for decades, Lowenstein says. 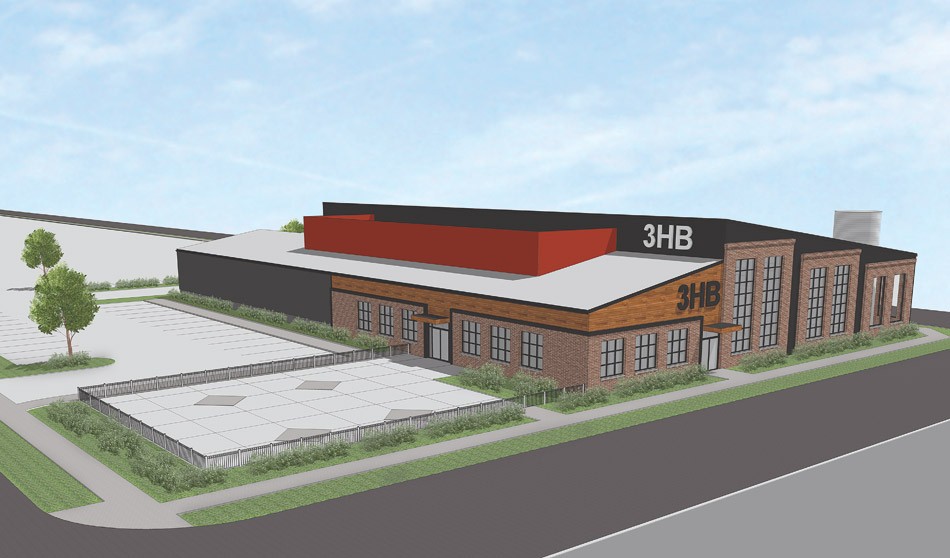 "The spot is amazing," he says. "It's close to so many great restaurants, great people who live there, great shops. It's just a dream location, actually."

If all goes smoothly, Nothnagle says, the brewery should open in early 2016.

The brewery doesn't necessarily fit the neighborhood's theme as an arts and cultural destination — though many do consider beer-making an art — but it's NOTA's creative energy and density that will draw people to the brewery, Lowenstein says, and to other destinations in the neighborhood.

"It's not a coincidence that the uptick in interest in the neighborhood is correlated with the increased number and diversity of our artistic elements," he says.

It would be difficult to describe all of NOTA's projects, but Lowenstein identifies some of the highlights.

The Factory is a mixed-use development going into a former industrial building at 33 Russell Street. It will include lofts, offices, and retail. A photography business and a crossfit gym already operate there, and a floral shop will open later this year, says Luke Dutton, an owner of Dutton Properties, which is developing the building.

The Factory was built in 1919 and went through several uses before Dutton Properties bought it about 10 years ago. The company used the building for storage, waiting for the right time to redevelop it. With all the energy and interest in NOTA, Dutton says, that time is now.

Right now, the upper floors of the inside of the building are a wooden skeleton. The units will be designed so that they can be converted to condos someday, Dutton says, if that's the way that the company decides to go. Both Dutton and developers Kramer and Stern say that NOTA needs more owner-occupancy to take its resurgence to the next level. NOTA is about 80 percent rental, according to census estimates.

It won't add owner-occupancy housing, but more people will live in NOTA if the 99-unit apartment complex at 933 University Avenue is ever built. Because of the project's size and the site's location in a preservation district, the development is controversial; the George Eastman House has vigorously opposed the project at every step.

Eastman House representatives have taken the project's developer, Morgan Management, to court over the development, saying that it would block the view from the historic house's grounds. The two sides were in court last month, and a ruling is pending, says Kevin Morgan, vice president of Morgan Management.

When a neighborhood is popular and doing well, its boundaries tend to expand, because everyone wants to be part of it.

This is true for NOTA, with some considering the former Eastman Dental Dispensary and the former Corpus Christi School, both on East Main Street, part of the neighborhood. The dental dispensary is being developed for senior housing, and the school is being turned into live-work space for artists, which is a thematic fit with NOTA.

Most of Rochester probably heard about the dramatic fire which destroyed the Carnegie Building — long-ago used as classroom space for the University of Rochester — at 247 North Goodman Street in January.

Quite a bit of time and money had already been invested in the renovation of the building for office space by its owner, Gary Stern, when the fire happened. Stern also owns Village Gate and has put the Carnegie's old sign on display in Village Gate's courtyard as a remembrance.

Stern says he will rebuild on the Carnegie site. He says that the plans aren't completely worked out, but that he'll probably construct an apartment building, with maybe some office space on the first and/or second floors.

Dutton Properties is also renovating an old industrial building at 34 Elton Street, next door to the Factory building. The complex is home to many artisans, and includes a yoga studio, a martial arts studio, and Pittsford Picture Framing — a transplant from the suburb that kept its name. 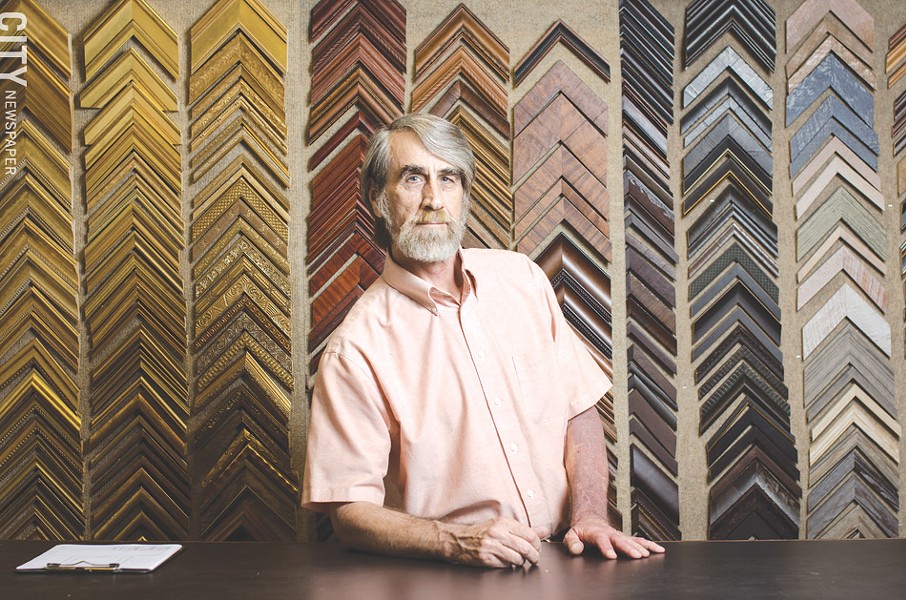 "I love it over here," says the store's owner, Rod Burleigh. "I've been doing well. I'm getting a younger clientele than I was getting out in Pittsford, which for my kind of business, that's a great thing, because these are family people who are going to be needing my services over time."

At least two other Pittsford business have relocated to NOTA over the last five years, including an upscale design business and an architecture firm, says Evan Lowenstein, of the NOTA Neighborhood Association.

NOTA has many more projects in the pipeline, under construction, or recently completed. The former ARTWalk offices at 179 Atlantic Avenue, for example, have been converted into high-end apartments. And a fitness center has opened in the former Towners Bike Shop space on University Avenue.

(A list of current and coming developments can be found on the NOTA neighborhood group's website, www.notana.org.)

The neighborhood has also seen improvements to its public spaces. Dutton Properties partnered with the City of Rochester, for example, to redo Russell Street last year. New sidewalks have been installed, power lines were put underground, and 50 parking spots have been added. And the Memorial Art Gallery's Centennial Sculpture Park outside the museum has become a place for people to enjoy a respite while taking in art.

The City of Rochester obviously believes that NOTA has vitality to share, and is developing a plan to seed some of that energy in the challenged Beechwood and Marketview Heights neighborhoods nearby. The East Main Arts and Market District plan is an attempt to establish a physical and emotional link between the neighborhoods.

But standing in the way is a dicey trip across East Main Street at North Goodman.

"It really is in many ways a head-shaker as far as urban planning is concerned, when you see how that whole corridor was built," Lowenstein says. "If you build a road like a gun barrel, people are going to drive like bullets. And that's what you've got."

The corridor has to be humanized, he says, and seen as a destination, instead of a way to zip in and out of the city. That could include traffic-calming measures such as narrowing the road, Lowenstein says. A pedestrian bridge over East Main is another possibility.

And there's also talk of finding a way to connect Village Gate with the Hungerford Building — which is a complex of artists, craftspeople, and other businesses on East Main.

The City of Rochester is expected to present design alternatives for the East Main Arts and Market plan at a meeting tonight (Wednesday, June 17). It's from 5 p.m. to 8 p.m. at the School of the Arts, 45 Prince Street.

A concern some people have is that NOTA will be a victim of its own popularity — that the newcomers will dilute NOTA's off-center charm. Lowenstein acknowledges the concern, but says that he has conflicting views.

Rice, of ARTWalk, says that all neighborhoods go through phases and that a neighborhood that doesn't change becomes irrelevant.

The way to preserve NOTA's eccentric individualism, Lowenstein says, is to work with the city to craft deliberate programs and policies to ensure that people from all walks of life and incomes can come to NOTA and stay there.

"That funkiness is part of NOTA," Stern says. "There are always new artists coming in with new ideas. I don't think we're going to lose that."