For area cinephiles, the Toronto International Film Festival (TIFF) is a major highlight of the year, allowing attendees access to preview upcoming films at a world-renowned event within driving distance of Rochester.

But the pandemic-induced land-border closures and mandatory two-week quarantines for travelers to Canada make attending the festival this month an impossibility for most of us.

And, because 2020 won't allow anyone to have nice things anymore, even film buffs looking to access the festival's virtual content are out of luck. TIFF organizers announced that general public digital screenings will be geo-blocked, restricting viewing to people in Canada.

You're still likely to see titles screened at TIFF sooner rather than later, though. With so few new movies having made it into production due to the pandemic, the ones making the festival rounds are sure to be snapped up by distributors on the hunt for fresh content.

So audiences can expect TIFF films to show up throughout the next several months at drive-ins, in whichever indoor theaters have been allowed to open, as virtual screenings on platforms hosted by unopened theaters, and on streaming services or VOD.

Major studios are mostly sitting out the 2020 festival circuit, as many of their award-contenders could not meet festival deadlines. But that has cleared a path for smaller films without distribution to take center stage, giving a boost to independent features and docs that might otherwise have been overlooked in the festivals' usual massive lineup.

The 45th edition of the TIFF, set to take place from September 10-19, is a significantly scaled-back hybrid of the festival that mixes physical events, with physical-distancing guidelines in place, as well as the geo-restricted virtual screenings. It's a model likely to be adopted, at least in part, by many festivals during the pandemic, including locally here in Rochester.

"The pandemic has hit TIFF hard," Cameron Bailey, artistic director and co-head of TIFF, told Variety magazine. "Our teams have had to rethink everything, and open our minds to new ideas. In countless video calls over the past three months we have rebuilt our festival for 2020, drawing on our five decades of commitment to strong curation, support for filmmakers, and engagement with audiences." 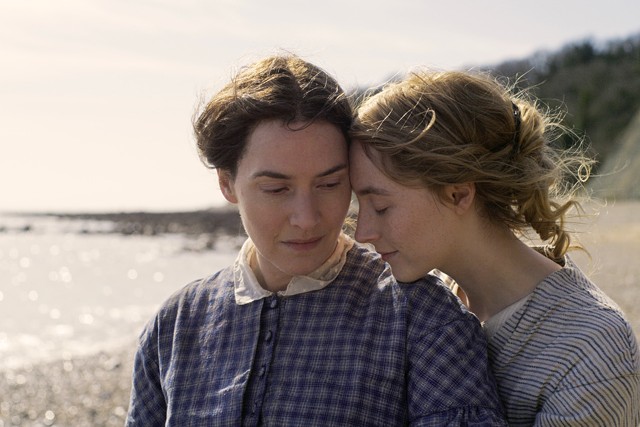 The festival released a pared-down programming slate of just 50 new international features it will screen, down from the upwards of 300 films that TIFF premieres in an average year.

Some noteworthy titles in the lineup include "Ammonite," directed by Francis Lee (of the acclaimed gay romantic drama "God's Own Country"); "Another Round," from Danish auteur Thomas Vinterberg; Chloé Zhao's "Nomadland," starring Oscar-winner Frances McDormand; as well as the directorial debuts of performers Regina King, Halle Berry, and Viggo Mortensen. There are also new docs from Frederick Wiseman, Werner Herzog, and Gianfranco Rosi.

During the first five days of the festival, the films will receive in-person screenings at selected theaters, drive-ins, and open-air cinemas. Alongside those physical events, digital screenings will take place over the entire 10 days of the festival through TIFF's virtual platform, dubbed "Bell Digital Cinema."

The pivoting situation TIFF finds itself in is not unique. Major film festivals all over the world have scrambled during the pandemic. With experts still recommending that people avoid large indoor gatherings, some of the biggest festivals have had to completely retool their plans or face the prospect of canceling their events outright.

A number have chosen to go the virtual route, shifting their film presentations and events to become online-only affairs. It's a relatively effective fix, moving what would have been available to in-person audiences into the digital realm. But it has created something of a crisis of identity for film events.

What is a film festival, when its audiences aren't able to watch together? The shared communal viewing experience is at the heart of all moviegoing, but festivals especially. Apart from the movies themselves, the events, parties, filmmaker talkbacks — and at the larger ones, red carpet premieres — are all a critical part of a film festival's atmosphere.

Traditionally, these festivals signal the start of awards season, in which studios often debut their Oscar hopefuls and "serious" pictures before those films are rolled out in wider release to theaters across the country. In the past, the autumn festivals have been competitive with one another about securing world premieres of award contenders and vying for the splashiest lineups.

Back in July, the big four festivals released a joint letter pledging solidarity with one another. While the letter didn't go into specifics, it emphasized collaboration over competition and "sharing ideas and information."

Meanwhile, many other festivals ultimately decided to cancel their 2020 events.

South by Southwest was the first major festival to shut down in March, just a week before it was set to open its doors. The Cannes Film Festival, arguably the most prestigious of them all, followed in May, although it released a list of titles that would have played. Telluride followed suit, and issued a list of selected films.

Fantastic Fest, the largest genre film festival in the United States, annually held in late September in Austin, Texas, announced in early July that it would cancel. Looking ahead, the Sundance Film Festival has already hinted that its event in late January will look very different than in years past.

But in the age of COVID-19, existence alone is a victory for a large-scale event of any kind.

We're still in the early days of this new normal, and only time will tell how audiences respond to the changes the festivals have been forced to make. Further innovation is inevitable, and we've only just begun to see what forms these events will take.

Adam Lubitow is a freelance film critic for CITY. Feedback on this article can be directed to CITY's arts & entertainment editor, Rebecca Rafferty, at becca@rochester-citynews.com.