Nobody's looking at you 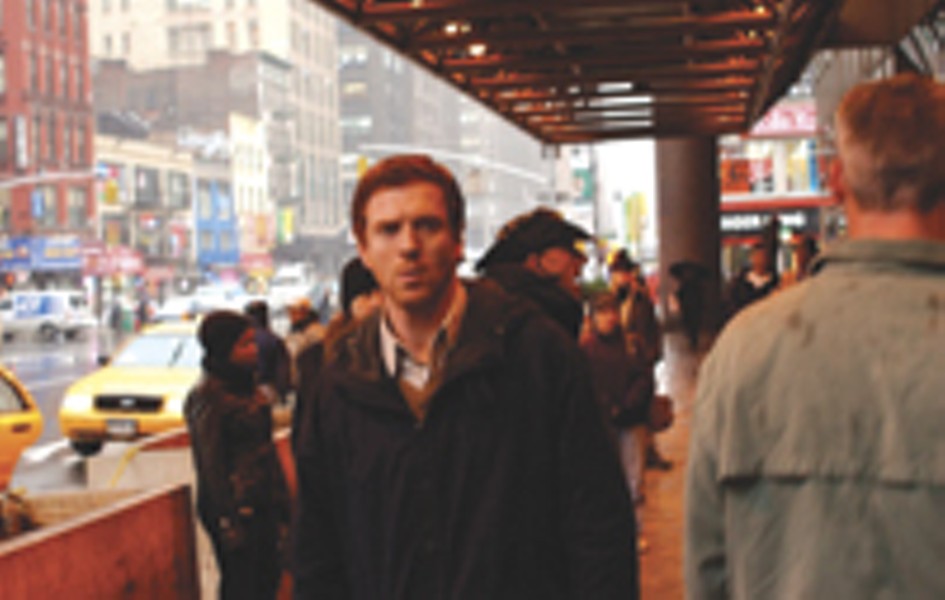 Magnolia Pictures He found a director who knows what to do with him: Damian Lewis.

While our gentile ancestors were gorging on salt pork and flaunting the tops of their heads, the Chosen People were reportedly very busy. In a speech dating from 2003, the now former Prime Minister of Malaysia claims that our Jewish forebears "invented socialism, communism, human rights, and democracy so that persecuting them would appear to be wrong and they may enjoy equal rights with others." So the Jews unleashed both human rights and democracy on the world? What monsters!

As ridiculous as sentiments like that might sound to you or me, filmmaker Marc Levin's absorbing documentary The Protocols of Zion illustrates how disturbingly widespread this harmful propaganda is. Levin adopts a Michael Moore-lite approach as he goes toe to toe with anti-Semites from all around the country and challenges the dubious logic behind their beliefs that Jewish people are to blame for the world's ills.

The title of the film is lifted from a notorious 19th-century tract called The Protocols of the Learned Elders of Zion, allegedly the minutes of a meeting among influential Jewish men intent on world domination. The Protocols were debunked as a sham in the 1920s, having actually been penned by aides to the Russian Czar. It's no surprise that Hitler found The Protocols enlightening (and for a time Henry Ford included a copy with every car he sold) but it's still taken as gospel in modern times and continues, shockingly, to be published today.

In making Protocols, Levin sets out to address the pervasive claim that Jewish people were responsible for 9/11 and that no Jews died because they were all warned to stay home that fateful September morning. But he often gets sidetracked by his bigoted interviewees, who don't share a race or face: we hear from angry young Arab-Americans seemingly in love with the sounds of their own voices, the good Christian man editing the ultra-helpful Jew Watch website, African-Americans decrying NYC's Mayor "Jew-liani," and a well-mannered if ill-informed Nazi... I mean Aryan-American (that's more PC, no?) from West Virginia who says that Hitler didn't really strike him as suicidal.

Some of this rhetoric actually elicits a laugh or two until you remember that it's actually pure hate and shameful ignorance. The Jewish leaders that Levin talks to are positively mystified --- and justifiably frustrated --- that The Protocols remain influential, and though Levin engages his subjects in some passionate dialogue, it's sadly obvious that it ain't making a lick of difference.

His flawless small-screen turns in HBO's Band of Brothers and Masterpiece Theatre's The Forsyte Saga served notice of some formidable talent, but after slumming in big-budget dumbathons like Dreamcatcher and An Unfinished Life, British actor Damian Lewis has finally found a director who knows what to do with him. Lewis stars as the troubled title character in Keane, the latest character study from Lodge Kerrigan, the little-known but immensely respected filmmaker behind critically acclaimed films like Clean, Shaven and Claire Dolan.

Dizzying handheld camerawork guides us through Keane's days as he unsuccessfully tries to adjust to life after the kidnapping of his young daughter. He pesters people at the Port Authority Bus Terminal where his little girl went missing, drinks too much, talks to himself, and indulges in illicit drugs and anonymous sex. Lately he's been flopping at a dodgy hotel where he has befriended Lynn (Amy Ryan, Season 2 of The Wire) and her daughter Kira (the gifted Abigail Breslin, Signs), and though Keane seems harmless to his new pals, the unhinged behavior we've witnessed thus far leaves us with a tremendous feeling of unease.

Truthfully, as the film progresses, Keane's apparent mental state renders it entirely plausible that there never was a daughter. Keane tries to keep his demons at bay by buying clothes for his absent child and maniacally smoothing the curls out of his hair, but it isn't until he begins spending more and more time with Kira and her mother that we see a relatively lucid side of Keane. Then Lynn grows increasingly reliant on Keane for child care, a move that we cross our fingers she won't regret.

Lewis is in nearly every frame of film and the story's impact rests on his capable shoulders. He commands sympathy even when he's making us squirm, a testament to an actor and his director. Six years separate 1998's Claire Dolan and Keane, leading one to believe that Kerrigan certainly takes his sweet time crafting movies. But in 2002 Kerrigan made a film called In God's Hands with Peter Sarsgaard and Maggie Gyllenhaal. And you will never, ever see it, the negatives having been damaged beyond repair.