No weed licenses until 2023, state cannabis board chair says 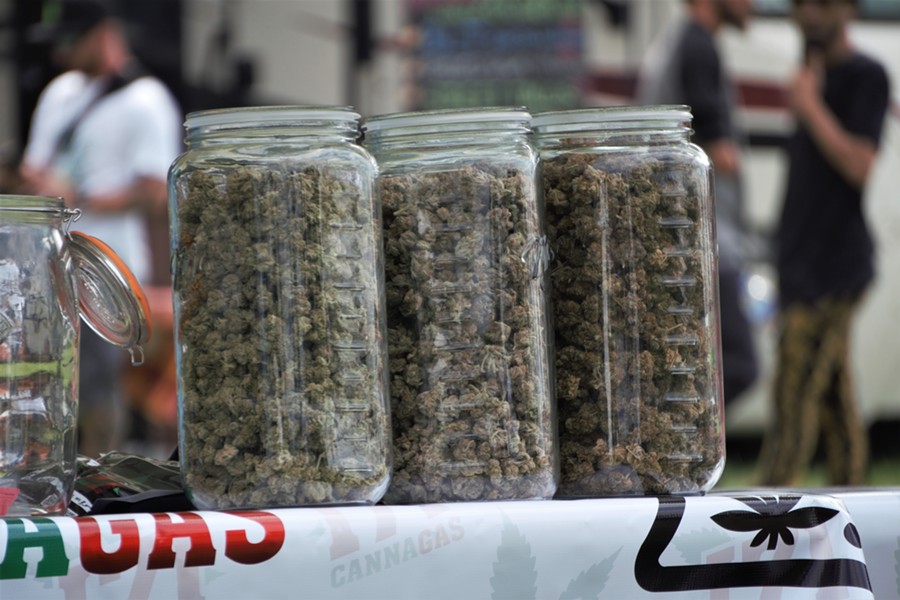 PHOTO BY GINO FANELLI Jars of bud at Canna Gas's booth at the Cannabis Carnival.
The head of the state’s Cannabis Control Board said Wednesday during a stop in Rochester that she anticipates licenses for the first recreational marijuana dispensaries in the state not being issued until the spring of 2023 at the earliest.

Tremaine Wright, the board chair, made the statement during a “cannabiz” symposium held at Comedy at the Carlson. She said the board was working on an 18-month timeline to build the requisite policies framing the new legal marijuana market.

That timeline, she said, doesn’t necessarily mean dispensaries will be open or fully-stocked by then either, but rather that they will have the legal authority to operate.

“What we do control is getting (dispensaries) licensing and giving them all the tools so they can work within our systems,” Wright said. “That’s what we are saying will be achieved in 18 months. Not that they’re open, not that they’ll be full-blown operations, because we don’t know that.”

Her remarks were met with audible groans from the crowd, made up mainly of fledgling cannabis entrepreneurs and longstanding growers and dealers in the illicit market.

The Cannabis Control Board was formed by Gov. Kathy Hochul in September after the passage of the Marihuana Regulation and Taxation Act.

That law specifies April 1, 2022, as the earliest that the sale of recreational cannabis can begin, at least a year sooner than Wright’s prediction of when it will actually start.

Much like in the rest of the state, Rochester’s cannabis industry is already gearing up, with dozens of brands and delivery services standing at the ready.

Most budding businesses have made due by exploiting the so-called “gifting clause” in the law that allows adults to give each other small amounts of weed for free. Businesses, however, have begun offering small amounts as promotional “gifts” to customers who buy other, substantially marked-up items, such as T-shirts lighters, or stickers, whose prices more than cover the value of the marijuana.

Steve VanDeWalle, a cannabis entrepreneur and grower based in Rochester, announced the creation of a local “cannabis council,” meant to create a local network of cannabis industries.

“In the craft cannabis business, instead of having one billionaire, let’s have a thousand millionaires,” VanDeWalle said.