Feldman says no to increasing armed UR officers

April 22, 2019
Addressing what has been a controversial issue concerning public safety on the University of Rochester campus's various sites, President Richard Feldman has decided that armed  Department of Public Safety "supervisors" will have unrestricted access to all parts of the UR's campuses. 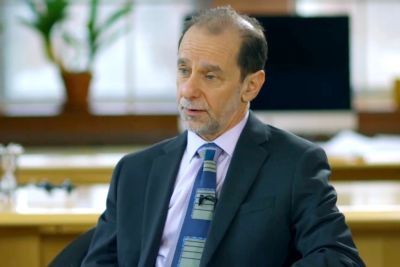 But in a written statement released today, Feldman has decided against adding an armed peace officer in a vehicle on the River Campus, on UR properties on the west side of the Genesee River, and one on foot patrol at the Eastman School of Music.

The issue of arming campus peace officers has been a challenge for the university's administration for some time, with strong opinions for and against it. The university already has armed peace officers at the Medical Center campus, which includes Strong Memorial hospital. The Department of Public Safety recommended  increasing the presence of armed officers to the university's Public Safety Review Board last year.  Feldman formed an Advisory Committee to analyse the matter. He received the committee's recommendations last month.

"I recognize that my decisions will not satisfy everyone," Feldman said. "But that is unavoidable in a situation as complex as this one, with deep convictions on both sides. "

A major concern: the average response time of 6 minutes for officers from the Medical Center to get to the the remainder of the UR campuses in the event of an emergency, such as an active shooter.  Public Safety officials said this was unacceptable.

Another concern: The Eastman School of Music depends entirely on the Rochester Police Department's officers for its safety concerns. Feldman acknowledged in his statement that increasing the UR's armed peace officers could decrease reliance on RPD officers who may not be familiar with the layout of all of the UR buildings and properties.

But the Public Safety report had drawn sharp criticism from some students and faculty. The Minority Students' Association Board argued that adding armed officers would not increase safety and could have the opposite effect on people of color on or near the UR campus.  Feldman recognized their concerns in his statement.

"For some, there is fear that weapons will be misused, especially against people of color and members of LGBTQ communities, or that the presence of armed DPS officers will have a chilling effect on crimes being reported," Feldman said.

Feldman said it was difficult to weighing data about active-shooters on college campuses and misuse of force incidents in  relation to the UR at this time.

"We can point to the fact that armed DPS officers have been in place in the Emergency Department at URMC since 2017, and there have been no complaints filed regarding their armed status, nor have there been any cases on inappropriate use," he said.  "We can also point to the testimony of members of our community that they will experience the increase of armed DPS officers as a hostile act that will fill them with fear and apprehension about the place where they live, work, and study."