No Slaughter in the House? 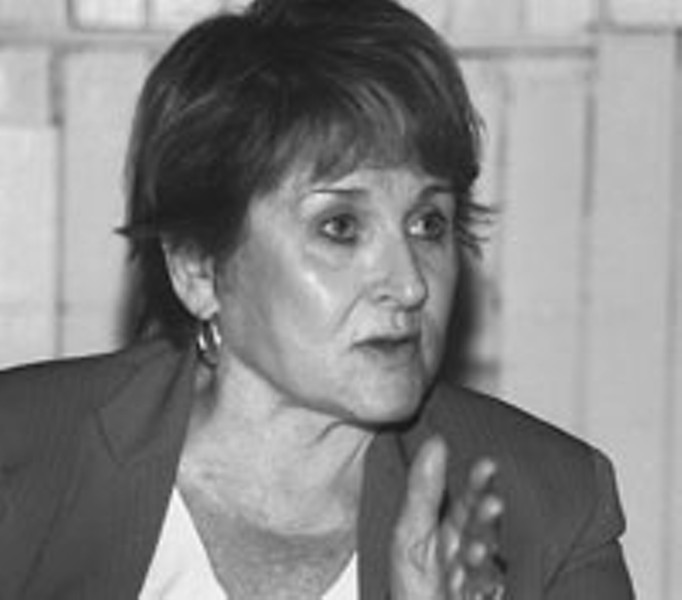 If New YorkState's delegation to the House of Representatives has a bastard stepchild, it's MonroeCounty.

Almost no one seems to want much to do with it. Our suburbs are split among three Republican congressmen whose homes --- and primary centers of interest --- lie elsewhere. To the west there's Tom Reynolds, with a base in the wealthy Buffalo suburb of Amherst. Parts of our eastern burbs are represented by Jim Walsh, who hails from Syracuse. Most of the rest of the Monroe suburbs --- the southern towns --- fall to Randy Kuhl, whose predecessor Amo Houghton fought --- and failed --- to keep intact what used to be a predominantly rural district in the Southern Tier.

The big exception is the county's lone local representative in Washington, Louise Slaughter. Without her, Rochester wouldn't have a congressional representative living closer than an hour's drive from the city.

If a report from a Capitol Hill newspaper is to be believed, a Rochester with no representative living in the area could be a real possibility. Antoine Thompson, a Buffalo Common Council member, is amassing a half-million-dollar war chest, likely to challenge the veteran congresswoman in a primary, reports Roll Call.

It's not the first challenge Slaughter has received from our sister city to the west; last year Buffalo resident Francina Cartonia challenged her in the primary. But Cartonia raised little money and got only a tiny percentage of the vote. Thompson would be a higher-quality opponent than Slaughter is used to, and he would be the first serious challenge she's faced since redistricting.

So far, Thompson (a SUNY Brockport alum) isn't saying whether he'll run or not, but he admits he's been "putting out feelers" within the party. And he attended the Monroe County Democrats' spring designating convention.

A final decision will hinge on what he hears from Democrats in the district about Slaughter's performance in Washington, he tells City Newspaper.

"If people say they're happy with it, we'll be patient," Thompson says. If not, he may run. With nearly a year to go before next year's primary, Thompson doesn't seem to be in a hurry to make up his mind.

"We don't want to put a time frame on it," he says. Calls to Slaughter's Washington office weren't returned in time for this story.

New York's 28th congressional district is a lesson in the politics of redistricting. Its eastern terminus is Fairport, where Slaughter lives. It encompasses all of the city of Rochester, then swings west through a sliver of Greece before cutting a path one town wide through Orleans county and into Niagara Falls, Tonawanda, and, finally, part of Buffalo. The result is a district that includes two large cities that are reliable Democratic strongholds; there are more than twice the number of registered Democrats as Republicans.

That means that until the next round of redistricting in 2012, the only way anyone's likely to unseat Slaughter is through a primary. The seat also has a much higher percentage of minorities than other nearby upstate districts: Over 200,000 in a district of about 650,000 people are non-white. Compare that to neighboring districts like Tom Reynolds' or Randy Kuhl's, where only about 50,000 out of 650,000 residents in each district identify themselves as minorities.

Though no one will say it on the record, it's conventional wisdom among local political insiders that the next person to hold the seat in the 28th will be an African American from Buffalo. Thompson fits that bill, but could he beat Slaughter?

Common sense says that likely he could not, but two factors could work against Slaughter. First there's the fact that Democrats in the ErieCounty portion of the district number 101,977 compared to just 83,827 in Monroe. And that's not counting more than 30,000 Dems in Niagara. If such a primary devolved into a Buffalo versus Rochester contest, the numbers wouldn't favor a candidate from the eastern city.

And while no one questions the strength of Slaughter's base in MonroeCounty, racial fault lines within the local Democratic establishment exposed during the city's mayoral primary could erode some of that support. Privately, some political insiders say Slaughter could've done more to support the party's designated candidate, Wade Norwood, an African American.

The African-American political communities in Buffalo and Rochester aren't monolithic. But if race did become a factor in such a primary, the actions of David Gantt, one of the state's most powerful African-American politicians, could exercise considerable influence. (Citing what he says was unfavorable coverage in recent issues, Gantt refused to speak to City for this article.)

Even if Slaughter runs into some problems, though, she's still the heavy favorite to retain her seat next fall.

"It's almost impossible to beat an incumbent," says Kevin Murray, who served alongside Slaughter in the Monroe County Legislature. The time to challenge an established politician like Slaughter would have been in 2002, immediately after a big chunk of the city of Buffalo was redistricted into her seat, Murray says. Four years later, she's had the time to reach out to Buffalo's Dems and other big political players, like unions (historically much stronger in ErieCounty than here.)

"She has worked like a dog over there," says Stephanie Aldersley, the CountyLej's minority leader and a one-time challenger for the congressional seat held by Jim Walsh of Syracuse. "I don't think she's vulnerable to a primary."

One theory floated by the Roll Call article is that Thompson hopes to grab some name recognition for himself. A high-profile campaign like a congressional race could generate such recognition, making him the favorite to succeed Slaughter when she eventually gives up the seat. (At 35, the article points out, he's less than half as old as Slaughter, who recently turned 76.)That may be a good strategic move, except for one thing: no one who knows Slaughter expects her to retire anytime soon.

"I think she can go as long as she wants," says Aldersley. "She's become quite powerful in Washington [and] she does still seem interested in the job."