No offense and none taken, Noah Fense just wants to move on 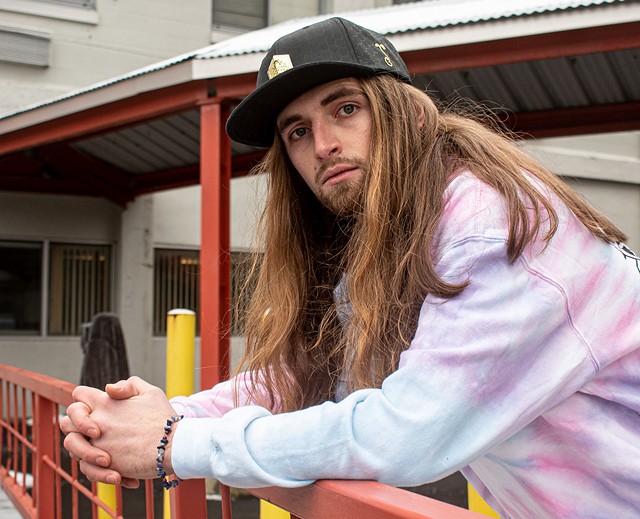 The rapper leans back and waits, first for the strings to drop with a velvety descent, then for the drums to come in and the keyboard to rise up. Then he intones from on top: “Forgiving ourselves and each other will set us free. Let it be. You never know, you never know.”

The song is “Call and Response” and the words are flowing from the mind of and mouth of Noah Fense, who knows a thing or two about forgiving himself and others.

He grew up with friction at home, dropped out of school, had brushes with the law, grappled with drug use and mental illness, lived on the streets, and did time in prison.

But through his music, he found redemption. Now, at 27, he says he hopes his sound can help lead anyone in his audience struggling with their own demons to reclamation.

“I feel like I just kind of want to be living proof that you can turn things around,” Fense says. 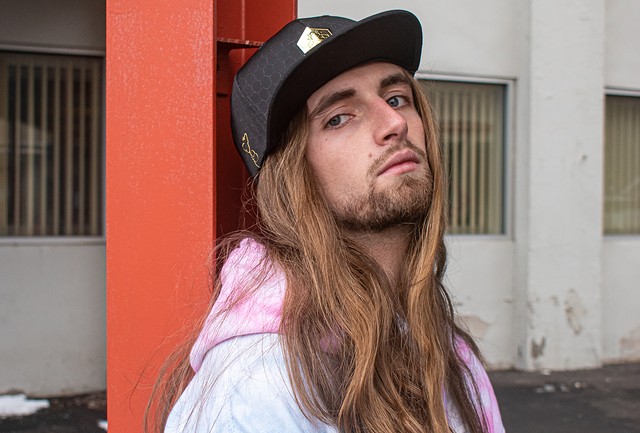 Noah Fense was born James Noah Beers and raised in Rochester and Penfield. He describes his earliest memory as his parents’ divorce, which he says had a profound effect on the direction his early life took. By his teenage years, as Fense tells it, he was skipping school, running with the wrong crowd, and dabbling with drugs had devolved into addiction. Sedatives led to painkillers. The painkillers led to heroin.

He was 18 when he was charged with and pleaded guilty to a low-level felony assault that landed him on probation. When that obligation overwhelmed him, he beat feet for the highway and went on what could be described as a vision quest or a walkabout for more than two years.

“I eventually stopped showing up to probation and embarked on a journey across the country,” he says.

As Fense tells it, he camped and couch-surfed up and down the East Coast, mostly in the South, bouncing from musical festival to music festival. He recalls the experience as “life-changing,” saying he met people who taught him about concepts like collective consciousness and self-realization. He unlearned destructive behaviors, and learned about healing his mind with psychedelic drugs and meditation and healing his body with yoga.

“It was a spiritual journey and a complete transformation,” Fense says. “During this time, I began healing soul and mind, my family relationships, and my understanding of myself.”

The irony was that the criminal justice system back home was supposed to help him do all that. After he skipped town, the court issued a warrant for his arrest.

“The police were still looking for me, and thinking that I was actually a dangerous person,” he says. “On paper, it looked like I was, but I really wasn’t.”

That wouldn’t matter to a court, though. Not long after he returned to Rochester and contemplated turning himself in, knowing he couldn’t start his new life without confronting his past, what he calls “divine intervention” stepped in.

He got pinched by police outside a bar when officers asked to see his identification after a friend he was with got into a fight. It didn’t take long for police to figure out Fense was wanted and place him under arrest. A judge would sentence him to state prison. He was 21.

“It was a huge relief, honestly,” Fense says.

State criminal justice records show Fense served eight months in Wyoming Correctional Facility — “with the big dogs,” as he says — a medium-security prison next door to the infamous Attica.

Fense recalls whiling away the hours of tedium there reading, meditating, practicing yoga, writing music, all of the things he learned on the road, only this time to appease the criminal justice system and start anew. He was released on parole in February 2016 and completed his sentence in October 2018, records show. 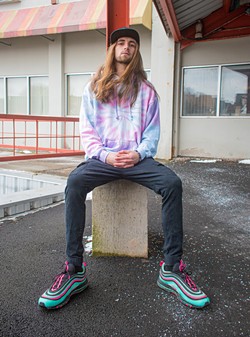 “This was the beginning of who I am today,” Fense says. “This was when I finally had a completely blank canvas to paint a new picture with all of my new experiences.”

He emerged not as James Noah Beers, but as Noah Fense. No offense and none taken, let’s just move on.

Fense had been writing raps for 10 years at that point. But it wasn’t until shortly after he was released from prison, looking at the world through fresh eyes, a clear head, and a clean heart, that he performed live for the first time.

It was on a lark, when a local band, Upward Groove, summoned him on stage to rap over one of their songs during a sold-out show at Three Heads Brewing. He recalls feeling natural and excited on stage, the way a free man feels after bouncing back from rock bottom.

“That moment really gave me a taste of connecting with an audience through my music,” Fense says.

Despite his portfolio of raps, Fense hadn’t considered himself a creative musician until then. The experience moved him to connect with his friend, Alex Vine, a multi-instrumentalist songwriter and vocalist to inquire about collaborating.

They paired up as an acoustic hip-hop duo called Pine Needle Soul and set about infusing political consciousness and emotion into their work.

Vine says there was no telling what might come out of Fense’s mind and mouth on stage.

“Live shows with him and I are definitely a toss-up,” Vine says. “We could be throwing down on an acoustic set of original tunes, covering a hip-hop artist with a live band, or throwing down with a hip-hop, electronic, rock vibe.”

Fense credits Vine with helping him push the artist and musician in him to a new level.

“He was the catalyst that propelled me into a new reality, allowing me to feel confident in my writing and my musicianship,” Fense says.

His lyrics are direct and unobscured by the music. Consider these lines from “Call and Response.” They are at times infused with vice and advice . . .

Love the people you’ve got
‘Cause you won’t have ’em forever
So just give ’em a call and tell ’em whatever
And tell ’em you love ’em, and know that they know it
’Cause it ain’t how you say it
It’s the way that you show it 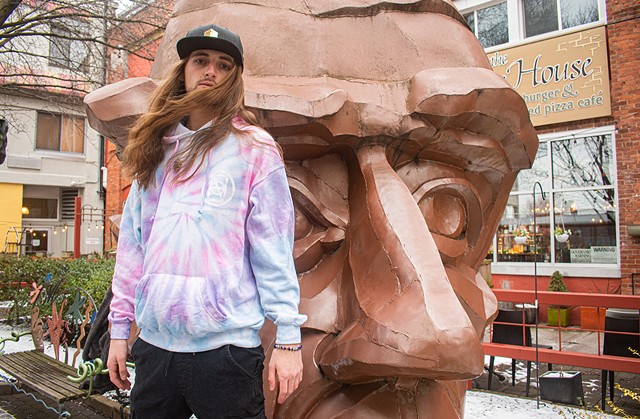 “The message of the song is simple,” Fense says. “You never know the last time you are going to see someone, so treat every moment with love and compassion.

“Each life is so precious,” he went on, “and with everything going on in the world today and the pressure of just trying to make enough money to pay the bills and eat, it’s easy to get distracted and take things and people for granted.”


Fense was completing the studio version of “Call and Response” when he says he felt compelled to give the song a “live feel.” So he assembled a lineup of musicians — Marco Cirigliano on drums, Joe Stehle on keys, Zahyia Rolle on backup vocals, Ben Chilbert on Bass, Katie Knudsvig and Ela Kodzas on violins, Kathleen McFarland on viola, and Anna Groesch on cello — to record a video at Wicked Squid Studios.

The video, which can be viewed on Fense’s Facebook page, was filmed as Rochester was erupting with demonstrations over the death of Daniel Prude. In the video, Fense wears a black T-shirt that reads “Daniel Prude Needed Help.”

Until you get a chance to catch Fense live, there’s a ton of stuff in his back catalogue for you available on streaming services — a full-length album, five singles, and four music videos. He also expects to release a single each month until the summer, when he anticipates dropping another full album.