October 21, 2020
A murmur of excitement rolled through the area’s movie-going community, long in coronavirus limbo, when word came out early Saturday afternoon that Gov. Andrew Cuomo had just announced that theaters throughout the state — umm, except you, New York City — could reopen as of this Friday. 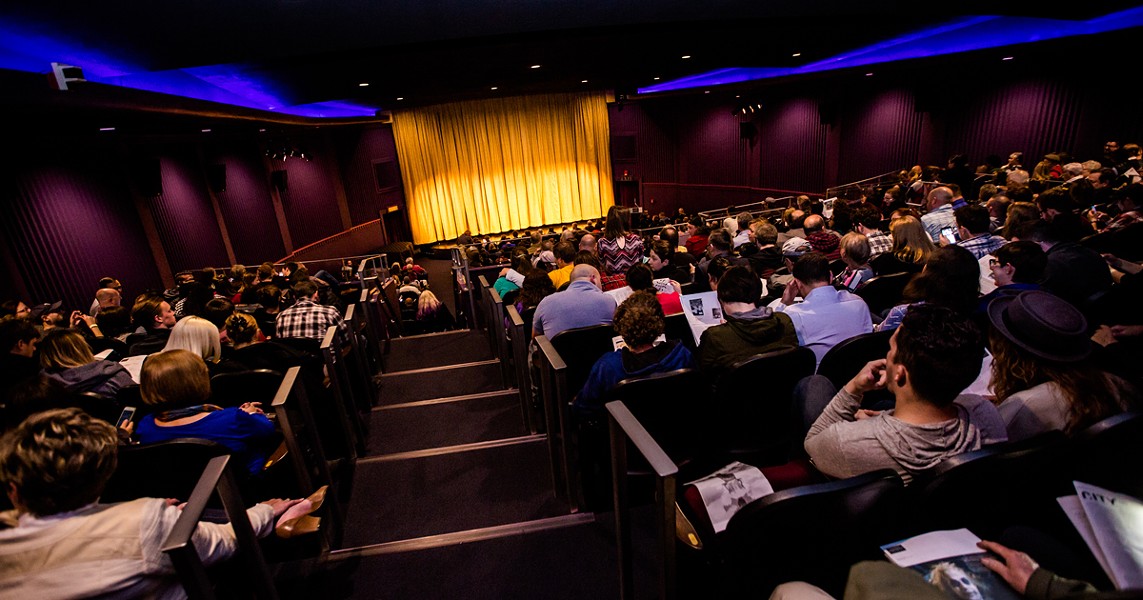 The news seemed to catch everyone by surprise. Then reality hit: Restarting an industry is not as simple as firing up the popcorn machine and hitting the projector’s “on” switch.

Staff must be hired or rehired. The guidelines for social distancing, reduced capacity, and cleaning between showings must be studied and implemented.

“I think with something like this, you don’t want to rush to reopen, it’s something you want to do right,” says Scott Pukos, The Little Theatre’s public relations coordinator. “You want to make sure it’s the correct environment, it’s safe, we have the best programming we can offer. So that’s why we’re taking a few weeks, just to make sure we can do this the right way.”

The target date for movies returning to The Little (which is affiliated with WXXI) is Nov. 6. And even then, the theater will only be open three days: Friday, Saturday, and Sunday.

The Little, downtown Rochester’s iconic arts cinema, celebrated its 91st birthday last weekend. There was cake for everyone who came out for an afternoon parking-lot performance by the local band Watkins & the Rapiers, armed as usual with newly minted sardonic satires on Trump-driven issues of the day.

Music, whether outdoors or presented virtually, has been a part of an aggressive, yet cautious, strategy to keep The Little going, following its March closing as the COVID-19 threat became clear.

Contributions from indie film fans have been strong, Pukos says. There’s been popcorn to go, and virtual movies streaming online. That’s something the George Eastman Museum’s Dryden Theatre has been offering as well.

The streaming of movies will continue. But like The Little, the Dryden does not plan on resuming live screenings until next month. And the communal experience of an audience watching a movie together — in the dark, away from phone distractions — is what the real film experience is about.

Theaters can only be filled to 25 percent capacity, with no more than 50 people per screening. Air filtration systems must be tested. The mask requirement will be relaxed for audience members eating popcorn. For those who want stronger precautions, The Little also plans to set up showings where masks must be worn at all times, with no food or beverages allowed.

Yet it’s not as if movies have gone extinct this summer. As Pukos points out, 48 states have been allowing theaters to show films in audience-abbreviated situations. And throughout the country, New York state included, drive-in theaters have been happening.

“The reason that a lot of movies have gotten pushed back is because the larger markets are not open,” Pukos says. “And they still aren’t open.”

So even though theaters in New York state and California are open, they’ll remain closed in the all-important, buzz-generating markets of New York City and Los Angeles.

Entertainment in general was one of the first industries to shut down due to the coronavirus pandemic, and it is among the last to return. Last month, the National Association of Theatre Owners warned in a letter sent to Congress that, without some kind of economic relief, 70 percent of small and medium-sized movie theaters will not survive or will be forced to declare bankruptcy. It was signed by dozens of filmmakers, including Judd Apatow, James Cameron, Greta Gerwig, Jordan Peele, Wes Anderson, Clint Eastwood, Ang Lee, and Christopher Nolan.

The films of 2020 are now the films of 2021. How that affects the art theaters, and artsy films that don’t generate the kind of buzz that follows a new James Bond film such as “No Time To Die,” postponed until April, remains to be seen.

The blockbusters have been shelved, awaiting more favorable circumstances. People in need of a superhero fix from “Wonder Woman 1984” have seen it bounced from June to August to October to Christmas. The omnipresent sequels market has also seen “Ghostbusters: Afterlife” and “Top Gun: Maverick” pushed back to next year. Steven Spielberg’s remake of “West Side Story” was set to debut in theaters on Dec. 18, but will now wait until Christmas 2021. Disney’s live-action remake of its animated 1998 hit “Mulan” went straight to digital and Disney+.

James Bond, Wonder Woman, and Tom Cruise have fled the screens. Likewise, “something like ‘The French Dispatch,’ the new Wes Anderson movie, was scheduled originally to come out in July,” Pukos says. “Then it got pushed back to October, and now it got pushed to 2021. So that’s what would be a bigger indie film that we would normally get at The Little, and that would do well.”

To fill out a schedule, Pukos says The Little is looking at films such as Christopher Nolan’s 1998 black-and-white film noir “Following,” as well as his complex new sci-fi thriller “Tenet.” The big-screen movie had a limited release last month, and it has yet to play in New York state, although it would look very comfortable on a screen at The Little, Pukos says. Because we need a time-traveling CIA agent to save us from World War III.

As October draws to a close, indie theaters often like to have a little fun by booking a reliable slasher movie such as “Halloween.” And for that, it generally pays a rental fee. But IFC, a leading distributor of independent films, in an apparent acknowledgement that it needs movie theaters to survive, is offering older movies to indie theaters without charging that fee.

As was the case with virtually anyone connected to the film scene, The Cinema Theater on South Avenue wasn’t expecting Saturday’s announcement. The Strand Theater in Brockport, which has been getting community help from a GoFundMe campaign, is hiring staff, but does not expect to open until Oct. 30. Nor does it appear that any of the mainstream mega-movie houses were ready to jump on a Friday opening: An internet search of showings here generally results in, “We can’t find any theaters with showtimes that fit your selection.”

We have been here before. Theaters such as The Little were making plans to reopen in July. Then New York state said no, the coronavirus pandemic was far from settled. And even now, as theaters, bars, and restaurants — like weary survivors at the end of a science-fiction movie — emerge from the restrictions protecting the population from COVID-19, epidemiologists and science warn that it is very likely that the virus will explode again starting next month. And at a rate worse than we saw this summer.

“I think that’s definitely a concern,” Pukos says. “If it does get worse, we’ll close again. And that’s a reality that’s unfortunate, and something that we have to deal with. For all of us, we aren’t experts, so we have to listen to those experts, to the state, and the people who know what they’re talking about. I think that’s not encouraging, but I think we have to concentrate on what we can control and, again, just listen to the experts.”