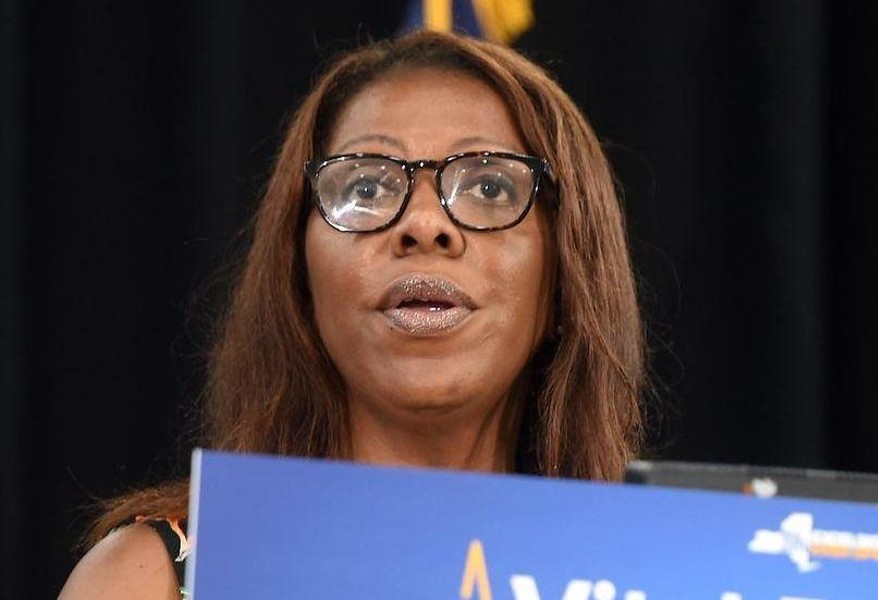 FILE PHOTO NY Attorney General Letitia James.
Immigrants being held in detention centers around the country are being preyed upon by a bond services company that claims to help them, according to a lawsuit filed by the attorneys general of New York, Massachusetts, and Virginia.

The attorneys general joined the Consumer Financial Protection Bureau in the litigation, which was filed Monday in Virginia.

The claim marked the culmination of a multiyear investigation into the company, Libre by Nexus, and alleges the company offers to front detainees the money they need to be released, but then lies about how much was owed, often charging  thousands of dollars more.

New York Attorney General Letitia James said that most of Libre’s customers speak Spanish but were presented contracts in English. Libre claims to offer support and free legal services, but James said the immigrants got neither. At most, some clients got legal referrals, she said.

Libre posts bond for people being held in immigration detention centers while they wait for their cases to be heard. The company, whose name means "free" in Spanish, often requires its clients to sign contracts requiring them to wear the company's GPS ankle devices during their repayment period.

“What strikes at my heart, is the inhumane way in which Libre shackled immigrants with homing devices so they could keep tabs on their investments,” James said.

She said the company misrepresented itself by pretending to be a part of U.S. Immigration and Customs Enforcement also known as I.C.E.

“They left the false impression that the company was associated with law enforcement, so that immigrants got the idea that if they didn’t take heed to the company, they’d be arrested or worse deported,” said James.

James alleges the company has and continues to violate several laws, including the Dodd‐Frank Wall Street Reform and Consumer Protection Act’s prohibition on deceptive and abusive acts and practices, as well as the states’ consumer protection laws.

The company's CEO reportedly issued a statement denying the claims made against it in the lawsuit.

James Brown is a reporter with WXXI News, a media partner of CITY.