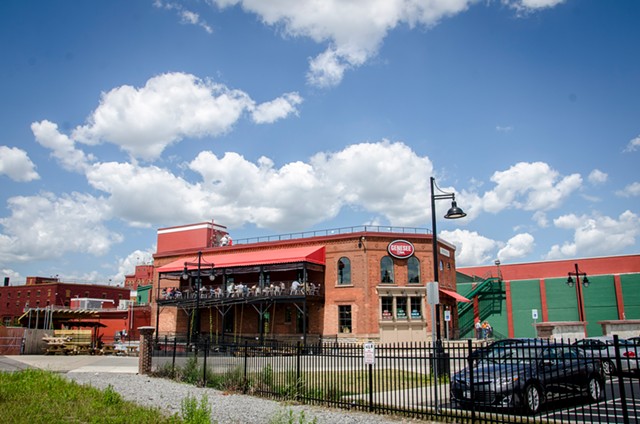 New York tourism experts say the great American road trip is back, and they're counting on people's pent-up desire for travel and cravings for regional food specialties to lure them upstate this year.

"That's what our data tells us," said Ross Levi, vice president and executive director of tourism at I Love New York, who added that people want to travel to close by destination reachable by car.

Tourism organizations from Buffalo to Binghamton are collaborating on a new campaign called "Upstate Eats Trail."

The digital travel guide directs visitors to dozens of restaurants, taverns, cafes, and roadside stands across the region.

"We were knocked down for a long time," said Lt. Gov. Kathy Hochul. "I remember the days when people gave upstate no respect. The industrial past, the harshness when people left us, the population decline. Now, we're showing that after this pandemic, we're working together."

Don Jeffries, president and CEO of Visit Rochester, says the trail is a way to provide an economic boost as we emerge from the pandemic.

"When we're out there spending money in our own community, it circulates dollars, but tourism dollars are new dollars into the community," he said. "It's a great economic driver."

The new website describes the origins of local food specialties that are known far beyond New York, such as Buffalo's wings and beef on weck; Binghamton's spiedies; and the Rochester favorite, chicken French.

Once appetites are satisfied, tourism promoters hope visitors will stay and visit local attractions like the Strong National Museum of Play, the Susan B. Anthony House and Museum, and the Eastman Museum.

Hochul has vowed to stop at every food destination along the 225-mile route in one day and is challenging others to do the same.

She joked that 225 is not the number she hopes to see on the scale when she's done.