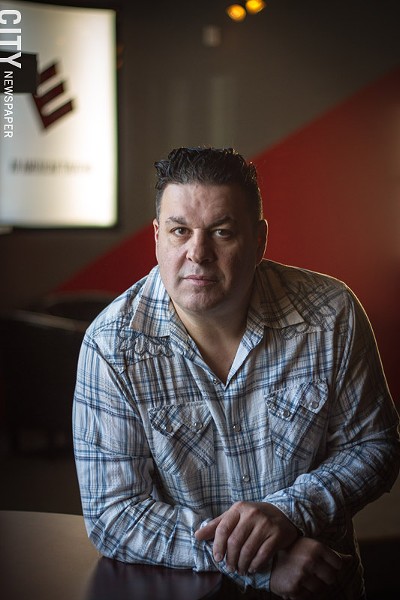 Jeff Boscarino has a long, impressive resume in the Rochester restaurant and bar scene. His credits include being the former owner of Bosco's Bombay Bicycle Club back in the late-80's and early-90's (in the space now held by Lux) and Paradise Alley (now The Scotch House Pub). Most recently, he was the owner of Richmond's, which he sold in 2014. After more than 25 years in the industry, no one would fault Boscarino if he wanted to slow down. Instead, he's returned to Rochester's East End.

The East End Tavern (37 Charlotte Street) hopes to bring a "clean, safe, fun atmosphere" to diners and drinkers, Boscarino says. The space reflects his goals: the decor is modest, and the double-sided bar in the center of the room allows for a free-flowing environment. It is the prototypical place for a middle-aged clientele, one that Boscarino hopes to attract. "We want to do almost like an adult dinner club," he says. "This area screams for that."

The first dinner show on January 7 was a success. Frank's Rat Pack played to 120 diners whose $25 tickets covered a meal from a fixed menu and the entertainment.

Boscarino has given Executive Chef Pete Cucinotta full control over the menu, and Cucinotta is quick to boast about the American Thighs ($10), his version of traditional chicken wings. "We want to do the traditional food you would see but with a different twist," he says. Cucinotta has also put a lot of focus on the tavern's burgers and sandwiches ($10-$13, with options for steak, chicken, or veggie patties), like the Pork Pear Blue, which includes pork belly, blue cheese, and grilled pear.

East End Tavern is riding a wave of development that has been rolling through Rochester's downtown in the last few years — and one that will only pick up in the near future as the Inner Loop fill-in is completed. That area of the East End, especially, has seen a few recent changes, including the Charlotte Square project. A healthy portion of the people moving into the mixed-use hubs sprouting around the East End are empty-nesters from the suburbs, and Boscarino hopes Charlotte Square will be particularly important to the East End Tavern.

City Council member Elaine Spaull is excited by these projects. Millennials are moving in alongside Baby Boomers, which will "help keep the area balanced," Spaull says.

To accommodate the influx of people, the infrastructure of the East End needs to be bolstered. Some steps have been made, like the inclusion of street lights — before they were put up, the East End Tavern looked like it was located in a "dark, scary alley," Cucinotta says. Additionally, Boscarino and Spaull point to work that needs to be done on roads and sidewalks in hopes of making the area more accessible.

"2017 is going to be a great year for downtown development," Spaull says. "This area is skyrocketing in terms of energy."

East End Tavern will have its official opening on March 11 — not so coincidentally, it's also the day of the Saint Patrick's Day parade which returns to its original starting point of East and Alexander after two years. The Tavern will open at 8 a.m. in hopes of showing parade-goers what they have to offer.

In the meantime, the East End Tavern is in no rush. Boscarino is adamant he wants to be slow with how he builds his newest endeavor. With an already admirable track record, Boscarino has seen the industry change in major ways — he was around when the drinking age was 18 and has seen the rise of craft beer — and now, he is hoping to be a cornerstone in the revitalization of the East End.