I've passed TinRoof dozens of times since it opened in January 2018 before I finally stepped in. It is not that it is inconspicuous; the restaurant's sign is large and well-lit at night. The glass walls make the moody interior of the bar visible even from a passing car. It is so nestled into the tableau of the neighborhood that it almost hides in plain sight. I wondered: Is it a brew pub? Is it a vodka bar that specializes in Moscow mules, but with a different elemental vessel? Are they just really into The B-52s? I had so many questions, and I finally answered them last week.

Secondary to wondering how much they love Kate Pierson was whether this is a townie neighborhood pub, or a college bar? TinRoof is walking distance from some of the University of Rochester's upperclassmen dorms, but it's also so ingrained in the South Plymouth Avenue milieu that it looks like it has been there for generations. Situated on the corner where Jefferson and Cottage Avenues meet, the bar faces one of my favorite sub shops, Deli Sandro, which is also owned by TinRoof owner Anthony D'Alessandro.

TinRoof attracts both local residents and college students, and they all get along just fine. The day I went (Saturday) was a karaoke night (Friday is the other karaoke opportunity) and each group of friends were cheering the other on as they took turns belting out the lyrics of Mary J. Blige and Journey songs. There just cannot be friction from anyone when everyone is singing Mary.

The bar offers a good selection of beer and liquor, and they even stock a spicy serrano pepper-infused tequila called Soltado that would be the perfect base for a margarita, but is smooth-with-a-bite on its own. The food menu is essentially Deli Sandro's menu which, if you haven't visited, you are missing out on a staple appreciated by UR students and West Side residents alike. They stuff the delicious subs so much that it feels as though your mother made it, while complaining that you're wasting away, while asking when you're going to give her grandchildren. (Just accept that Commander Cuddlesworth is your quadruped grandson, mom).

I had a Caprese sub ($7.50) that came with a side of fries. The slices of fresh mozzarella and Roma tomatoes were drizzled with just enough balsamic and pesto that the sandwich didn't get too soggy overall. It was almost too big to finish, and I cannot imagine the size of the large one ($11.50). 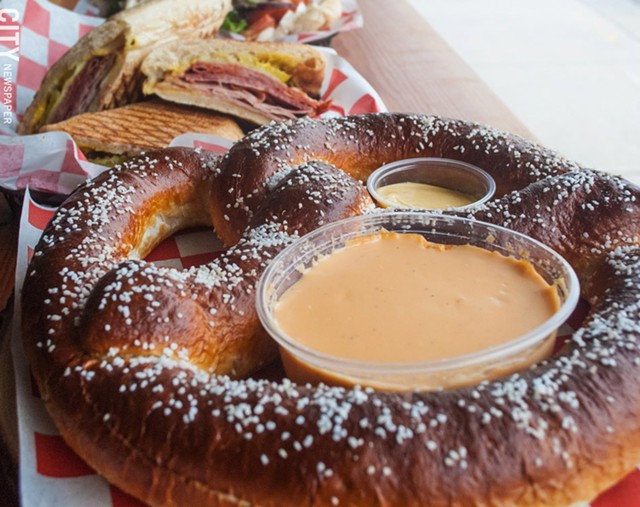 How did D'Alessandro cultivate a bar that welcomes everyone with such ease? Was it the song reference in the name of it? Because who doesn't like "Love Shack?" I learned that is not it. In fact, D'Alessandro says he almost called the bar Frank & Steins. They were going to have beer and specialty hot dogs, but that idea fizzled out for being a little bit too niche. Besides, there is no way I would got to a bar called Frank & Steins unless it was Mary Shelley-themed, or at least had a few prosthetic limbs and notes on galvanization tacked onto the wall. They also considered installing an indoor thatch awning and a Tiki themed bar, but D'Alessandro says maintenance of a dry grass awning can be cumbersome.

Finally, as the space was being renovated, D'Alessandro came upon some corrugated tin for the indoor awning. From there, it was kismet: The bar would be called TinRoof. Thus is born a town bar that is also a college bar, but it has no relation to The B-52s at all...although it is never too late for a bartender to concoct a few signature drinks; perhaps a Love Sazerac or a NegROAMi. Those two suggestions are free.

A final note: On Dandelion Day (D-Day for short), a "holiday" marking the end of regular classes at University of Rochester, TinRoof opened at 8 a.m. and served free breakfast. The purpose was to give students a hearty meal before they went out "celebrating," hopefully mitigating their compromised states of being. The free breakfast was not restricted to UR students, though. Anyone who came into the bar could grab a plate and load it with eggs, potatoes, bacon, sausage, and whatever else was available until it ran out. Acts like this bring a bar and its patrons together and solidify a loyal customer base. Next time I'm on Plymouth Ave, I will be sure to stop by TinRoof...and perhaps by then they'll have a Private Idaho Mule on the menu. 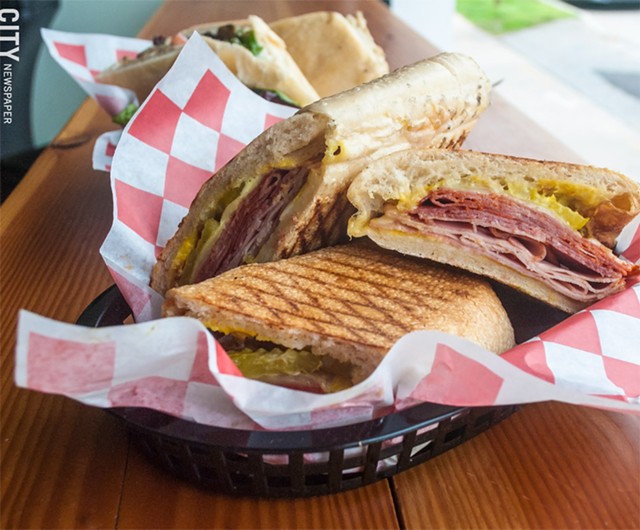