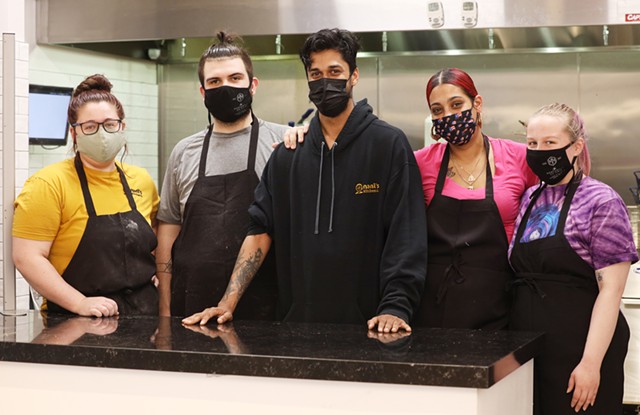 About a month ago, workers at Nani’s Kitchen, an Indian restaurant at the Mercantile on Main food court collection of eateries in the Sibley’s building, did something remarkable: they voted to unionize.

Even more extraordinary, perhaps, was that their boss, the owner Meghesh Pansari, encouraged them to do it. Upon conceiving of Nani’s, Pansari says, his first call was to the A.F.L.-C.I.O.

“I was like, ‘Hey I'm opening a restaurant, what do you guys want me to do?’” says Pansari, who is also a labor scholar. “Ultimately, all I did was stay out of the way.”

Nani’s five workers are now represented by Workers United, a national union with roots in Rochester’s garment industry. They’re currently in the process of drawing up a contract for negotiation and for Pansari to sign. 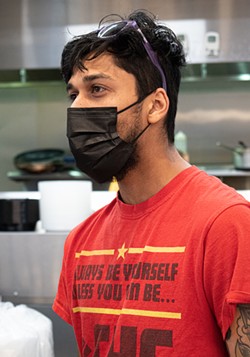 The situation at Nani’s is an anomaly. In Rochester, only one other food and drink establishment, SPoT Coffee on East Avenue, is a union shop. But Pansari and Workers United hope Nani’s will inspire an expansion of organized labor in food services in the region.

The movement can almost only go up. Across the country, just 1.2 percent of the estimated 11.9 million people working in restaurants and food services belong to a union, according to the U.S. Bureau of Labor Statistics, making the industry one of the least unionized of any employment sector.

It might seem counterintuitive that so few workers in an industry notorious for its instability, poor scheduling, low benefits and pay, and abuse from superiors and customers, turn to unions for help.

But Gary Bonadonna of Workers United explains that organizing restaurant employees is tricky. The industry’s high turnover rate and part-time employees make getting enough workers on board with the idea of a union long enough to form one difficult. When there is sustained interest, he says, it often gets tamped down with threats and misinformation from owners.

Some owners follow through and fire organizing workers, as happened in Buffalo when SPoT Coffee workers there sought to follow the lead of their Rochester counterparts.

“The things I heard are genuinely ridiculous,” Bonadonna says, citing bosses who believe they’ll lose control of their company or their ability to direct employees.

Then there are the whisper campaigns among bosses and workers alike, who paint unions as protectors of “lazy” workers and as third-party sharks who collect dues but don’t do much.

In many cases, though, bosses don’t have to react; the organizing efforts of workers often peter out on their own. “It’s a human thing to not want to rock the boat,” Bonadonna says.

At Nani’s, workers say forming a union was less about rocking the foundation than it was about stabilizing it.

Workers there share tips and make the coveted $15 an hour that has been a rallying cry in the industry for several years. They get a week of paid sick leave annually, and the company covers half of the monthly payment for the health care package it offers full-time workers through the Healthy New York EPO plan. 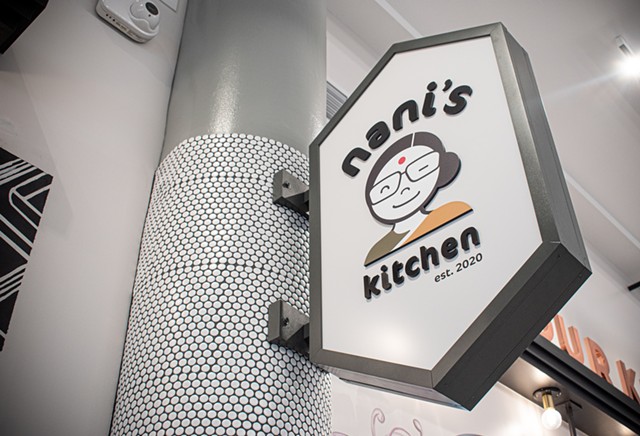 “We had to unionize at Nani’s because we already had very good conditions, and we think that it's important to kind of try to start pushing this and encouraging other restaurants to unionize,” says Andrea DePasquale, 24, the shift leader at Nani’s.

DePasquale has been working in the food service industry since she was 15.

She has seen restaurants and bars that don’t offer sick leave or health insurance or shield employees against occupational hazards and harassment. Many, she says, are inflexible with their scheduling and won’t guarantee the weekly hours that employees need to pay their bills. Workers could complain, she says, but those who do run the risk of “being taken off the schedule,” a tactic restaurants use to get rid of workers who cause problems.

Conditions like those are part of the reason that restaurants nationwide, once battered by the pandemic, are now experiencing severe staffing shortages, unable to find workers as warmer weather and reduced restrictions on dining have combined for an upswing in business.

“The industry is in pretty bad shape right now,” DePasquale says. “Something like 30 percent of the 9 million jobs that are missing from America right now are service- or customer service-based jobs, and people aren't going back to them for a reason.”

Some restaurants around the country have gotten creative in an effort to lure new employees, including offering signing bonuses and higher wages, and introducing pro-worker changes like distributing compensation more evenly.

Bonadonna says unionizing can help solidify incentives that attract workers and keep them on the job. Turnover in the hospitality and restaurant industry has consistently hovered above 70 percent for several years, about 30 points higher than the rest of the American private sector, according to the Bureau of Labor Statistics.

Unionizing can give people more control over their work lives, and access to resources and advocates who can help them navigate any problems that arise. Collective bargaining agreements typically include guarantees on wages and hours, standards for handling workplace disputes, and protocols for firing or laying off employees.

Such guarantees were what SPoT Coffee workers were after when they unionized in 2019. Their effort spawned what reportedly became the largest union of a café or restaurant chain in the United States. SPoT has 22 locations, mostly in western New York.

As far as Pansari is concerned, unionized workers make for a more successful business. 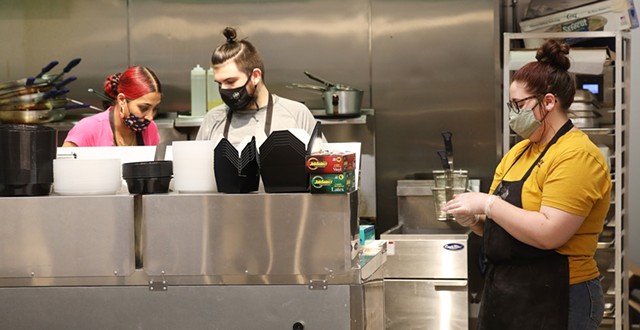 “There's a level of productivity that you get out of your workers when they feel safe and secure,” he says. “When I'm working on new stuff at the restaurant, every employee feels invested in it because they feel invested in the shop.”

Pansari, a 26-year-old graduate student originally from Kolkata, is all-in on labor rights.

He’s earning a degree in American Studies at Nazareth College, and currently writing his thesis on the labor movement in Rochester. He’s particularly fond of the work of writer and anarchist political activist Emma Goldman, a 19th-century Russian immigrant whose involvement in the labor movement was inspired by her experience working in one of Rochester’s garment factories as well as the notorious 1886 Haymarket Affair in Chicago, which began as a peaceful rally for an eight-hour workday and devolved into violent chaos.

“There's this really intense culture of misinformation about what unions are, how they function in the labor economy, and what their cultural significance is,” Pansari says.

“I mean, just what they've done for American workers alone, from the eight-hour workday and child labor laws to workers’ comp,” he adds, “everything we have comes from labor union struggles.”