The leaves are changing and a fresh chill is in the air, which means Hollywood's thoughts are turning to "serious" art and Oscar glory. On the heels of a lackluster summer movie season, the coming months are looking up film-wise, promising all manner of goodies, from comic book adaptations to biopics about some beloved Hollywood legends, action flicks, and lush period dramas. Even better, when the weather turns colder, I get to feel a little less guilty about spending all that time indoors.

Keep in mind that release dates are subject to change, so double check local movie listings before you go running off to the theater. Here's a peek at what lies in store.

"Ad Astra": James Gray's long-delayed space flick finds astronaut Roy McBride (Brad Pitt) setting off for the outer reaches of the solar system to find his missing father (Tommy Lee Jones) and save the planet from catastrophe. Early word has suggested it's a space adventure by way of Terrence Malick, and Gray ("The Immigrant" and "The Lost City of Z") is one of our most underrated filmmakers, so seeing him take on this sort of sci-fi epic has me stoked. (September 19)

"Judy": Renée Zellweger plays the legendary Judy Garland in this biopic, which follows the troubled performer as she arrives in London in the winter of 1968 to perform a final series of sold-out concerts. Hollywood loves stories about its own, so I'd expect this to be a major awards season player. (September 27)

"Joker": I admit I wasn't dying for Batman's most notorious foe to get a gritty new origin story starring Joaquin Phoenix and helmed by "The Hangover" director Todd Phillips. But Warner Brothers clearly has a lot of faith in this, rolling it out at some of the fall's most prestigious film fests. So maybe it will surprise me. (October 4)

"Pain and Glory": Pedro Almodóvar reunites with frequent co-stars Penélope Cruz and Antonio Banderas for this bittersweet drama about life, love, and moviemaking. It's great to see Banderas in a juicy role, and by all accounts he gives a career-best performance as an aging Spanish arthouse director inspired by Almodóvar himself. (October 4)

"Gemini Man": Will Smith stars as a past-his-prime assassin looking to leave the game, but he faces a significant obstacle in the form of a much younger clone of himself. At their best Ang Lee's blockbusters are able to wed groundbreaking special effects with heart and soul; at worst the director's ambitions get the best of him. Here's hoping "Gemini" is the latest example of the former. (October 11)

"Parasite": Bong Joon-ho took home the Palm d'Or at this year's Cannes for this social satire about two Korean families, one wealthy and the other rather less so. The filmmaker's genre-melding concoctions are always a treat, and early reviews have been ecstatic. (October 11)

"Jojo Rabbit": After dipping his toes in the Marvel universe, Taika Waititi returns to his more offbeat comedic sensibilities for this tale of a young boy growing up during World War II with the help of his imaginary friend Adolf Hitler. I can confidently say no one will have any objections whatsoever to that premise. (October 18)

"Harriet": The charismatic Cynthia Erivo stars as Harriet Tubman, the Civil Rights crusader who, after
escaping from slavery herself in 1849, helped free hundreds more via the Underground Railroad. It's shocking that Tubman's life hasn't made it to the screen already, and director Kasi Lemmons ("Eve's Bayou") is an inspired choice to tackle her story. (November 1) 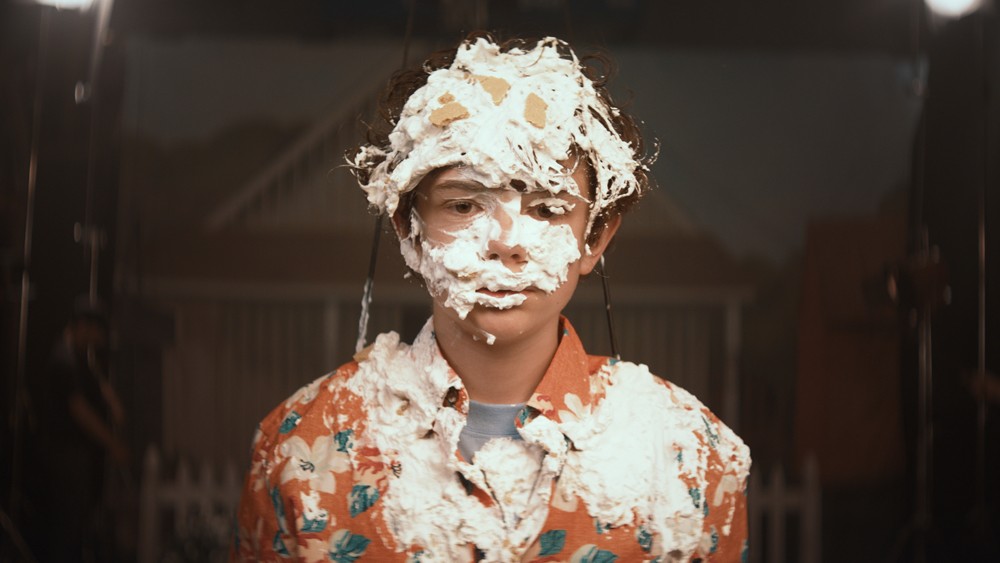 "Honey Boy": Shia LaBeouf write the screenplay to this very personal, semi-autobiographical tale of a young actor attempting to mend his relationship with his alcoholic father. LaBeouf plays his own dad, with Noah Jupe plays the Shia stand-in as a striving child actor, with Lucas Hedges as the older movie star version. Sundance reviews promise something both stylish and poignant. (November 8)

"Doctor Sleep": Mike Flanagan (hot off his excellent Netflix series "The Haunting of Hill House") directs this adaptation of Stephen King's sequel to his masterpiece "The Shining," which finds a now adult Dan Torrence (Ewan McGregor) meeting a young girl with similar powers as his, then trying to protect her from an evil cult that preys on such supernaturally gifted children. Flanagan is on a hot streak, and this looks like a moody, spooky good time. (November 8)

"Frozen 2": The sequel to Disney's massively successful movie appears to take an intriguing turn from charming tale of sisterly bonds to an epic adventure saga, as Anna, Kristoff, Olaf, and Sven embark on a quest to learn the origins of Elsa's magical powers. (November 22) 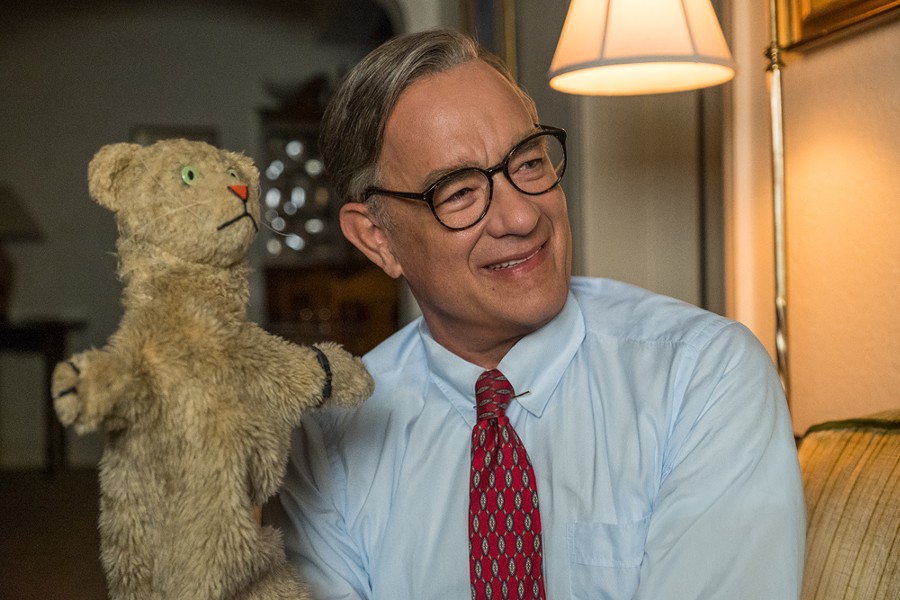 "A Beautiful Day in the Neighborhood": Tom Hanks is both a logical and a somewhat unexpected choice to play beloved children's entertainer Fred Rogers. I mean, he looks and sounds absolutely nothing like Rogers. But then, he's Tom Hanks. Still, after audiences fell in love with Mr. Rogers all over again with the justly celebrated doc, "Won't You Be My Neighbor?," this biopic from "Can You Ever Forgive Me?" director Marielle Heller should be a huge success. (November 22)

"Knives Out": Rian Johnson directs this star-studded whodunnit about two detectives (Daniel Craig and LaKeith Stanfield) investigating the death of wealthy patriarch and renowned crime novelist (Christopher Plummer) after he kicks the bucket at his 85th birthday celebration. Every member of his eccentric, combative family is suddenly a suspect, including Chris Evans, Jamie Lee Curtis, Toni Collette, Don Johnson, and Michael Shannon. This sounds like a blast. (November 27)

"Portrait of a Lady on Fire": Another standout at this year's Cannes festival, Céline Sciamma's 18th century period romance stars Adèle Haenel as a reluctant bride-to-be, and Noémie Merlant as the female artist hired to paint her wedding portrait. I'm swooning at the thought of watching that story unfold on the big screen. (December 6)

"Black Christmas": A remake of the 1974 horror classic about a house of sorority sisters tormented by a psychopath during their Christmas break, the seminal classic should get a fresh, female perspective thanks to director Sophia Takal (the wonderful "Always Shine") and a script by film critic April Wolfe. (December 13)

"Little Woman": Greta Gerwig follows up her delightful "Lady Bird" — and re-teams with that film's stars Saoirse Ronan and Timothée Chalamet — with an adaptation of Louisa May Alcott's classic novel about four sisters who come of age in post-Civil War America. This one boasts about as fine a film pedigree as one can get, with a script co-written by Sarah Polley and a cast of ringers: Emma Watson, Florence Pugh, Laura Dern, Meryl Streep, Bob Odenkirk, and Chris Cooper. (December 25)

"Clemency": Alfre Woodard has earned raves for her performance as the warden of a maximum security prison who begins to feel the psychological and emotional toll of carrying out years of death row executions. Chinonye Chukwu's drama won the Grand Jury Prize at Sundance this year, and Woodard is always fantastic, so my expectations are high. (December 27)

"The Lighthouse": This twisted new treat from "The Witch" director Robert Eggers looks deliciously nutty, starring Robert Pattinson and Willem Dafoe as lighthouse keepers going a bit mad while isolated on a remote New England island in the 1890s. (TBD)