Rochester is a karaoke hotbed 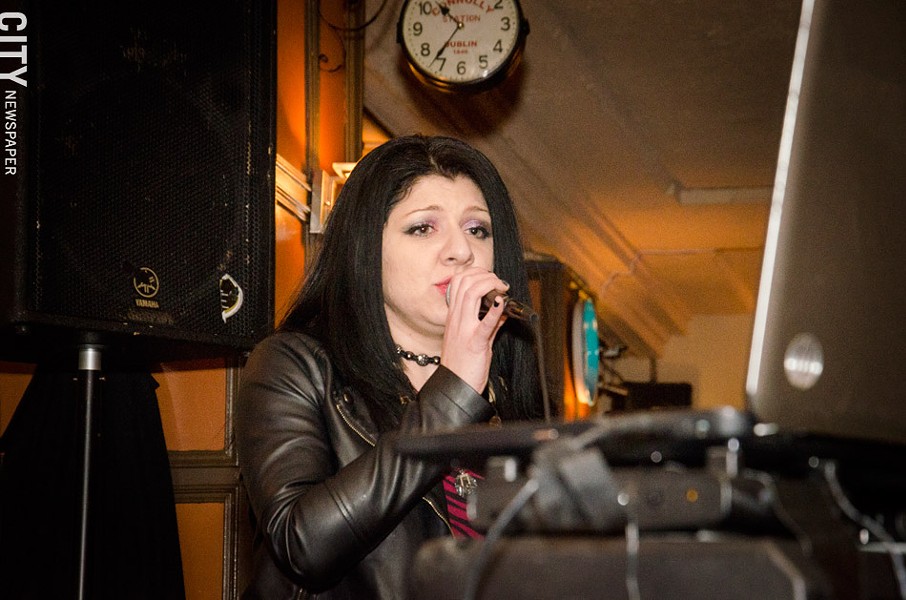 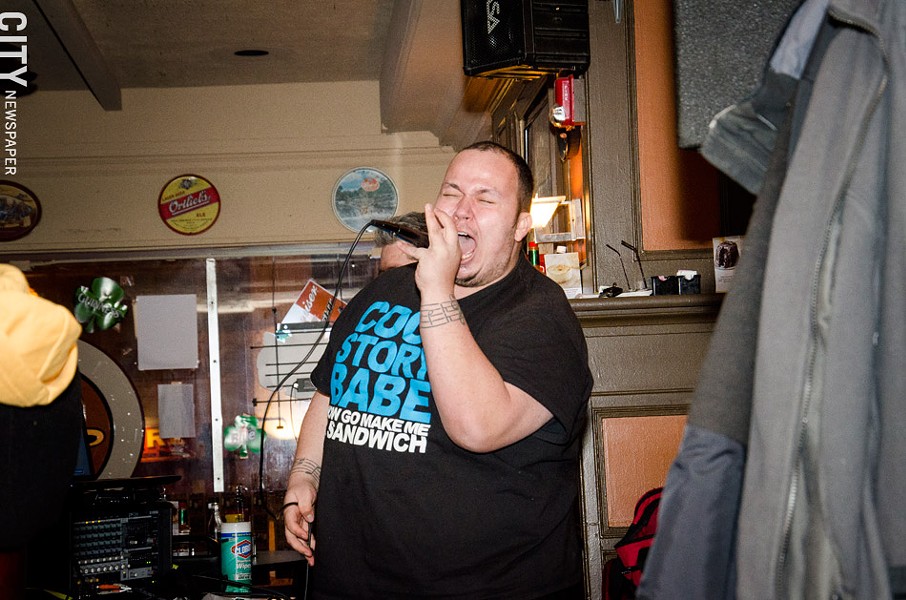 Its title derived from mashing up the Japanese words "kara" (meaning empty) and "okesutora" (meaning orchestra), karaoke has been around for a long time. And some of its roots, believe it or not, are American. In fact, one of the oldest examples has ties to good ol' Rochester. From 1961 to 1966, NBC carried a karaoke-like series, "Sing Along with Mitch," hosted by Rochester native Mitch Miller. Miller led a chorus of singers, and the lyrics to the songs were superimposed near the bottom of the TV screen so that home audiences could sing along with the gang.

Flash-forward 50 years and karaoke is more prevalent than ever, in just about any city in America. There is no shortage of people interested in grabbing a mic and singing along to their favorite backing track. That's definitely true in Rochester. It's an off-night — as in, not a Friday or a Saturday — but rather Tuesday at 140 Alex Bar & Grill on Alexander Street. DJ Blake is setting up his karaoke gear as a crowd slowly builds. By the time 10 p.m. rolls around, the place is packed. There is a range of preparation and nervous anticipation as serious performers don their stage attire and props and the more casual hopefuls crowd together, working up the courage to belt one out. The air is electric.

Blake credits the karaoke boom on national boob-tube trends. "Shows like 'Glee' and 'American Idol' have been the catalyst," Blake says. "Everyone wants to do it now."

Karaoke, though initially plugged in to fill slower nights at bars and nightclubs, has become a draw all its own for clubs and bars like Temple Bar & Grill in the East End, where the joint puts on karaoke Thursday and Saturday nights. Temple has been doing karaoke for five years now. Its appeal is wide, says Temple owner Mike O'Leary.

"The demographics are all over the board," O'Leary says. "Younger, older, you name it; black, white, Latin — everyone seems to enjoy it. It has a lot of appeal. Even the varying degrees of talent are cool."

Everyone likes a train wreck every now and then. That's part of the charm, right?

"Well, yes and no," says O'Leary. "Sometimes people sit here and cringe because of the talent or the song."

The varying degree of talent on display doesn't seem to bother the performers. It's their chance to shine in a musical setting without the commitment required of launching a full-blown musical-performance career.

"I don't have to practice or rehearse with a band," says Denise — just Denise — as she came off from belting out a well-received Weezer tune at Scotland Yard Pub on St. Paul Street. The crowd loved her.

At Scotland Yard's Friday karaoke night, bartender Dan Kelly gets to hear it all, from the sublime to the sub-prime. As we chatted, a performer's rendition of a Foo Fighters song was disintegrating into a shrill, profanity-laced crescendo.

Kelly — shouting to be heard — pointed out, "There are a lot of good performers, too," he says. "But they're having fun." And they're buying drinks.

"We're packed most Friday nights for karaoke," says Scotland Yard owner Pat McMahon, over a singer belting out a show tune with amazing range and tone while simultaneously filming himself. (The singer got a standing ovation.)

It's easy for some to dismiss karaoke as being a joke musically, or as something for the amateurs and wannabes. But folks take this seriously; O'Leary found that out the hard way.

"When I first started doing karaoke here, I brought a gong in," O'Leary says. He would use the instrument to cut off singers he thought sucked, a la Chuck Barris and "The Gong Show." "Man, did I get beat up. They didn't like it. I've been hated before, but they crucified me."

"There's always at least one lunatic," Kelly says. "I swear to god, there's a circuit of delusional rock stars." And as soon as one leaves, there's another one to replace them.

"But people are having fun," O'Leary says. "And that's the most important thing."

NOTE: These listings were confirmed as accurate as of February 2014, but may have changed since then. Call ahead to verify before heading out. If you know of another regular karaoke night, add it to this article at rochestercitynewspaper.com.