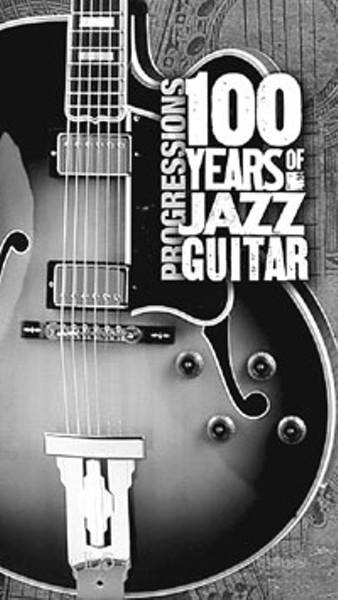 If you love jazz guitar, make room for the most comprehensive collection ever assembled. Columbia selected vintage tracks from 33 labels to present 78 guitarists on four discs. Included in the oversize package is a 148-page lavishly illustrated book with an excellent essay by guitar historian Charles Alexander and a section where 25 guitarists discuss their heroes.

Just about every performance is a knockout. "St. Louis Tickle," a 1906 banjo recording by Vess Ossman, is an appropriate start, considering the linking role of the banjo from its West African roots to American slave culture. Highlights include "You're The One For Me," a vibrant performance by Sol Hoopi and "Add A Little Wiggle" by Eddie Lang. Django Reinhardt is stunning on his "Honeysuckle Rose." So is his less famous rival, Oscar Aleman, on "Whispering."

Disc Two is packed with brilliant performances from the 1950s and 1960s, including Barney Kessel's effortless jaunt down "Green Dauphin Street," Jimmy Raney's lush take on "Body and Soul," Tal Farlow's fluid "Yardbird Suite" and Jim Hall's great duet with Bill Evans on "I've Got You Under My Skin." Kenny Burrell, Wes Montgomery, Grant Green, and Joe Pass --- they're all here along with outside-the-box inclusions like Les Paul's sped-up, but still astounding "Running Wild."

There's a palpable sense of experimentation on disc three with Sonny Sharrock's raucous "As We Used To Sing," and John McLaughlin's "Birds of Fire." Jimi Hendrix (hey --- he improvised) is represented by "Manic Depression." The influential Mick Goodrick is included, so is his student Pat Metheny. Disc four has its moments: innovators like James "Blood" Ulmer, John Scofield, and Bill Frisell. But it's weighed down by too much smooth jazz.