Looking to catch some concerts this summer outside your own back yard? Want to make that concert a road trip? No matter what your musical tastes may be — or your budget — tons of shows are happening down the road that will get you grooving in the great outdoors. Get your motor running, head out on the highway, and get ready to enjoy this summer's regional music festivals and concerts. Just don't forget the sunscreen. And maybe some earplugs. 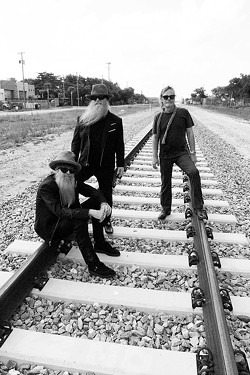 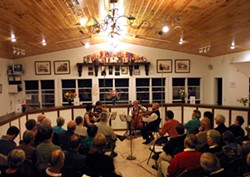 If classical music is your bag, the Finger Lakes Chamber Music Festival (fingerlakes-music.org) runs shows June through August at various locations in the Finger Lakes region. Michael Reisman, composer and musical director of the Philip Glass Ensemble, will perform his arrangements of music from the films "Dracula" and "The Hours" for piano and strings, along with the world-premiere performance of Richard Auldon Clark's "Finger Lakes Suite" (July 20) in Penn Yan (305 Court St.). Hunt Country Vineyards (4021 County Road 32, huntwines.com) in Branchport hosts "Winds Blow Suite-ly" (July 27) featuring selections by Mozart and American-composer Randall Thompson's "Suite for Oboe, Clarinet, and Viola."

Do you like it smooth and on the cheap? Head east to Salt City — or rather, Jamesville Beach Park — and finish what the Xerox Rochester International Jazz Festival (June 21-29, rochesterjazz.com) started. The M&T Syracuse Jazz Fest (syracusejazzfest.com) is the largest entirely free jazz festival in the Northeast and includes shows by Preservation Hall Jazz Band (July 4), The GrandMothers of Invention (July 5), and Taylor Dayne (July 6).

If you are looking for something a bit more folksy, take off to the great white north for the Toronto Urban Roots Festival (100 Garrison Road, torontourbanrootsfest.com) at historic Fort York. The four-day Fourth of July weekend event offers more than 30 bands including She & Him, Camera Obscura (July 4), Arkells (July 5), Flogging Molly, Frank Turner & The Sleeping Souls (July 6), and Belle and Sebastian, Neko Case (July 7).

Closer to home is the Vans Warped Tour 2013 (vanswarpedtour.com) at Darien Lake Performing Arts Center, Darien Center, on July 6. The all-day event is a crowded pilgrimage for the youngsters and never ceases to amaze with its line-up of up-and-comers. A multitude of acts are on the bill, including Hawthorne Heights, Architects (UK), and MC Lars. Darien Lake is also home to one of the summer's hottest tickets with Bob Dylan, Wilco, and My Morning Jacket (July 18).

Do you remember that one time at band camp? No? Don't worry, there's still time to get your freak on at Camp Bisco (1142 Batter St., campbisco.net) located outside Albany in Mariaville Lake. The 12th annual dance-centric festival runs July 11-13 and you can even pitch a tent for some free camping with a ticket purchase. Camp Bisco features a plethora of electronica and jam bands including The Disco Biscuits, Bassnectar, Passion Pit, STS9, Animal Collective, Umphrey's McGee and Rochester's own Manhattan Project.

If Nashville twang if more your thang, the New York State Fairgrounds outside of Syracuse hosts the NY Country Jam (nycountryjam.com) July 12-14. Billy "People Are Crazy" Currington, Uncle Kracker, Lauren Alaina, and Chris Young are just a few of the scheduled performers.

More than 60 groups on four stages makes the GrassRoots Festival (2150 Trumansburg Road, grassrootsfest.org) in Trumansburg (July 18-21) one of the largest musical festivals in the Finger Lakes region. The mix of bands leans toward roots and world music with featured performances by Emmylou Harris and Rodney Crowell, Donna the Buffalo, and Rubblebucket.

Whether you're a picker or a grinner, the Brantling Bluegrass Festival (4015 Fish Farm Road, brantlingbluegrass.com) — August 1-3 in Sodus — will help channel your inner Appalachian. Bluegrass bands including Rebecca Colleen and the Chore Lads and the Claire Lynch Band are scheduled to perform. This event also offers camping and music workshops.

The 34th Annual Skaneateles Festival (skanfest.org) in Skaneateles is a popular destination for fans of chamber music in New York State. The month-long 2013 season of world-class classical music by the lake opens August 8 with weeknight concerts held in various locations in the village of Skaneateles and Saturday shows held at a nearby outdoor venue, Brook Farm (2870 West Lake Road).

Among the music festivals rounding out the summer season is The Ontario Barn Festival (513 Whitney Road, ontariobarnvineyards.com) on August 31. The family-friendly event in Ontario, Wayne County, offers bluegrass, roots, and alternative bands, barbeque, apple picking, and wine sampling (for adults only, of course).

Not enough for you? If you want to let the music play all summer, check out this article's side bar for a list of even more festivals and concerts.