Interpreters kick out the signs 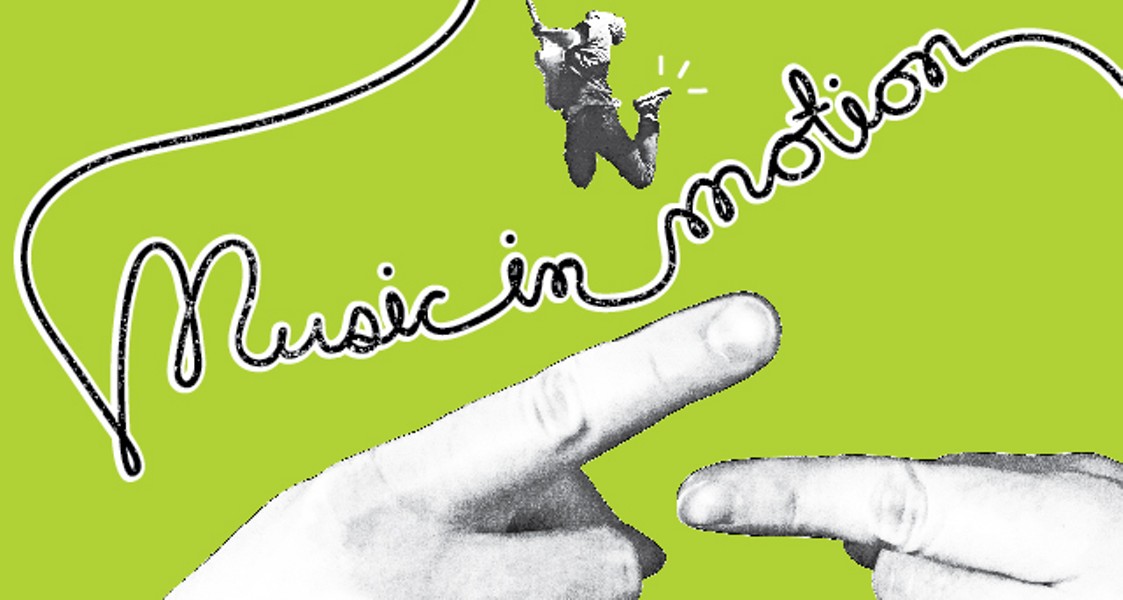 Just as there's a vast range of people in the deaf and hard of hearing community, there are just as many ways for those in that community to take in a live musical performance. Feeling the vibrations, enjoying the spectacle, or watching interpreters in the wings as they break into a lyrical display give deaf and hard of hearing concertgoers a more complete experience.

According to a 2012 National Technical Institute for the Deaf study, 3.7 percent of Rochester's population is deaf or hard of hearing — the largest such per capita population in the country. Some Rochester venues have taken steps to incorporate, either automatically or by request, sign language interpreters for music, theater, and other art performances.

With live bands constantly coming to the Rochester Institute of Technology, which has about 1,200 deaf and hard of hearing students, the school utilizes a team of sign language interpreters to bridge the gap between musician and deaf and hard of hearing members of the audience. The sign language those interpreters use to communicate a musical performance can be a fascinating display of rapid hand gestures and motions that migrate throughout the whole body, like ballet in free fall. Some of these interpreters invoke extra movements within a given sign to add emphasis in rhythm, tone, and innuendo, incorporating it all into the flow of the music.

While the sign interpretation serves a specific purpose, it's almost like a performance in and of itself. You might have seen a Vox.com video making the social media rounds earlier this year, showing Houstonian Amber Galloway Gallego — who has worked with more than 400 musicians and artists and has become a recognized name for her American Sign Language interpretation — explaining her process. She literally dances out a song, punctuated by appropriate faces. It's as if her whole body was singing.

But it isn't about the interpreter, according to Jennifer Horak, Coordinator of Interpreting Services at RIT/NTID.

"It isn't about them as a performer," Horak says. "It's about the performer trying to convey a song in the shared atmosphere to the deaf and hard of hearing world. It's the artist's show and it's the audience's experience. And it's my job to give them the same experience or a comparable experience to the one the hearing audience is having."

Many things people attribute to "performance" are natural features of ASL, says Lola Johnston, a RIT/NTID staff interpreter. "Where spoken English utilizes vocal inflection, volume, and in some cases words to capture a concept, ASL relies on facial expression, body movement, and affect to show it," she says.

The big challenge, Horak says, is doing her job without overshadowing the performer's show. When done correctly, the interpreter doesn't distract or get in the way. It's finding the balance. "How much do I take on the character of that person without mocking them or mimicking them and muddying up the lyrics?" Horak says.

Every deaf and hard of hearing person has different levels of hearing loss. NTID's Amy Stornello , who has a cochlear implant and considers herself hard of hearing, can hear the music, but can't understand what is being sung.

"So if I go to a concert," she says, "it's going to be someone whose music I'm familiar with, where I've memorized the lyrics and can sing along. Many deaf people feel the vibrations, the bass. With any show, it's great to see the production, too." Stornello doesn't find the interpreters distracting, but the delay can throw her off.

"Watching a show is never distracting," she says. "But while watching the artist and interpreter I can lose information because there's a delay in the interpreting process. I don't like those gaps."

"Not everyone has the same fluency in any given language," Johnston says. "For example, thinking of those you know who only speak English, some have a much greater knowledge base and range of vocabulary than others. The same range of mastery applies to one's second or third language as well. Then, just as people say the same thing differently, interpreters provide the message differently, partly based on their understanding of the message and partially from what they envision that message to mean."

Horak's versatility is apparent when perusing the list of the artists she's brought closer to a segment of their audience: Tom Petty, The Grateful Dead, Ben Harper, The Black Crowes, Train, Coldplay, Styx, Rusted Root, and MC Hammer, to name a few. This all takes energy — physical and mental.

"Big shows require a team of interpreters," Horak says. "The length of the shows and the energy you're putting into it — your arms get tired and your brain gets tired as you're listening to it, converting it to another language, putting it out. There's that performance energy you have. It's physical, it really is. We'll sub out a different interpreter every 20 minutes."

That could mean several interpretations of a single artist. And the interpreter's backstory weighs in.

Horak has a bachelor's degree in theater production design and was working in costumes at the Long Wharf Theatre in New Haven, Connecticut, where she came in contact with The National Theatre of the Deaf, which performed there.

"I met the actors," Horak says. "I always had an interest; I fell in love with the language. The next summer I was working with an opera company and the woman I was working with invited me to work as her assistant costume designer at NTID. Being a wardrobe mistress, everything I did was backstage and I had never considered being out on stage until I became an interpreter. And since I've been doing this, I love being on stage. But it's somebody else doing the acting and the singing, not me. So oddly enough I got into deafness by way of opera. Go figure."

Johnston fell in love with the semantics of it all.

"I've always been interested in languages and the challenges of the negotiation between them," she says. "The challenge of perpetual learning and the application of all the knowledge one has gained over the years was also a draw."

There is a lot to prepare ... a lot. Johnston says for every two hours on stage, it's 40-plus hours of prep work. "For plays, there's reading the script; watching rehearsals and full productions — live and recorded — discussing text analysis with my team, director, performers; if possible, meeting native users of ASL to gain differing perspectives on how to capture a specific translation.

"For concerts, listening to the music as much as possible; all of it. You seldom get a set list prior to a show, so the interpreter needs to be ready for any possible song. Spending time with the lyrics to determine what the story of the song really is, then how to capture that in a limited number of signs, matching the feeling of the music."

If she knows she's going to interpret a band, say Maroon 5, in a month, Horak says, "All I'm listening to for that month is Maroon 5. I read the lyrics, study the lyrics. Go on some fan sites to see what their fans are saying about different songs. Look at the history of the artist to see how they relate. Where did this song come from?"

Neither Horak nor Johnston recommend interpreting a concert off the cuff.

"That's not the best way," Horak says. "To me, there's something really special about music. There's the flow; there's the trick of the lyric. There are double entendres to lyrics. There are subtle meanings to certain words that you need to bring out somehow. Those are the challenges. You're trying to capture the musicality and the story and some of the tricks the artist is using; sometimes they're using onomatopoeia, sometimes they're using puns, to bring out more than just the story. And we're looking for ways to do that with sign language."