Why do we love Handel's "Messiah"?

When it comes to the classical Christmas music sweepstakes, Handel's oratorio "Messiah" is the world — or at least the English-speaking world — heavyweight champ. Few, if any, works of classical music have been so continually popular as "Messiah," and none is more closely and affectionately associated with Christmas. For many people, the Christmas season would simply not be the Christmas season without listening to or singing Handel's masterpiece.

This season's performances of "Messiah" in Rochester give you the opportunity to hear the piece interpreted by such venerable groups as the Rochester Oratorio Society and the Rochester Chamber Orchestra, who long ago made the work their Christmas calling card. And the Eastman School of Music offers you an opportunity to dust off that old vocal score from college and join in a "Messiah" Sing on December 7 ... at 7 p.m., just after the RCO's afternoon performance. And that is not counting numerous church choirs or community chorus performances of the favorite choruses and arias throughout the weeks leading up to Christmas. 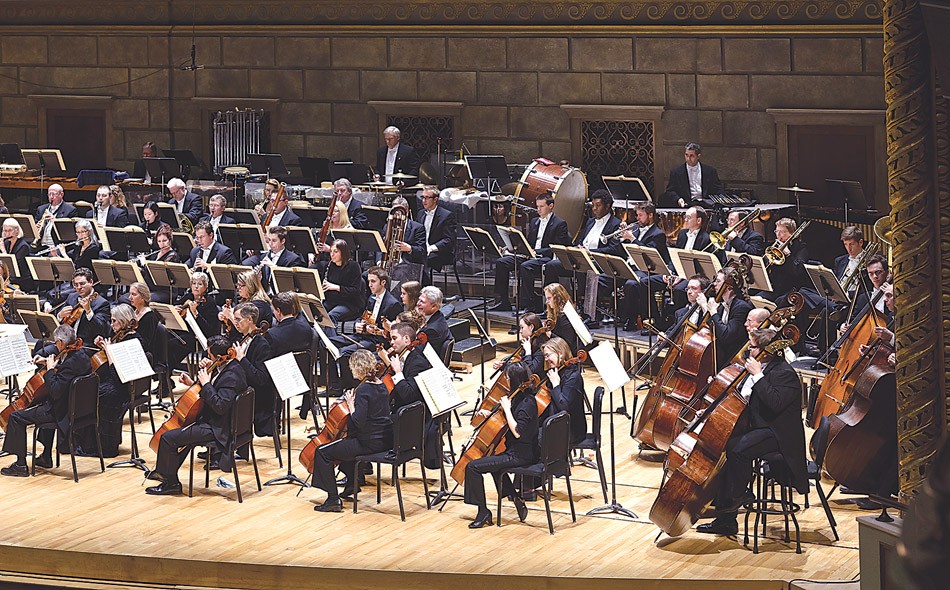 As the season draws closer, check City Newspaper's calendar, in print, or online at rochestercitynewspaper.com, for up-to-date concert listings for the Rochester area.

Here are a few fun facts about the Christmas classic:

1. It's not a Christmas piece. In fact it makes more sense to perform "Messiah" at Easter, when its message of redemption is most timely. That's just what Handel did: he wrote the first version of "Messiah" in August and September of 1741, and led the first performance in April 1742, in ... no, not London, but Dublin. And while Handel revived "Messiah" several times during his lifetime, he always performed it in March or April.

2. There is no actual "Messiah." I'm not speaking theologically, but referring to the fact that for each performance he led, Handel rewrote something: changed a key, added or subtracted an aria. All of these variants survive, so to some extent every modern conductor who does the piece is creating his or her own version from the "Messiah" kit. (Of course, none of them would leave out the really popular items, and neither did Handel.)

3. For many years, the vastly prolific Handel was known almost exclusively as the composer of "Messiah." Nowadays we know much more Handel — and his operas, other oratorios, and instrumental music — and can see that "Messiah" is not typical of his music in many ways. It is a sacred oratorio, and it's unique in its sober orchestration, basically strings with two oboes and bassoon. Handel does reserve a trumpet and timpani for a few important spots, making a major effect with modest means. Which leads us to:

4. Sacrilegious as it sounds, many people have rewritten and re-orchestrated "Messiah" with the best of intentions. One of them, in fact, was Mozart, who added wind parts, trombones, and "enriched" harmonies to Handel's original. (If you would like to hear what happened when these two musical geniuses collided, the Handel-Mozart "Messiah" has been recorded and can be seen on YouTube.) In 19th-century England, choruses in the hundreds, and occasionally in the thousands, belted out the "Hallelujah" chorus to the glory of God and Victoria.

In the 20th century, many conductors contributed to scraping the Victorian gilt off "Messiah" and revealing the plain, but shapely beauty underneath. Though, not all conductors: in the 1950's Sir Thomas Beecham recorded "Messiah" in a version with a huge chorus, an even larger orchestra (including a tuba, gongs, and an anvil), and soloists who would have been more comfortable singing Puccini. It is awfully entertaining, and it even has a slight Rochester connection: the mega-orchestration is by Sir Eugene Goossens, who led the Rochester Philharmonic Orchestra in the 1920's. 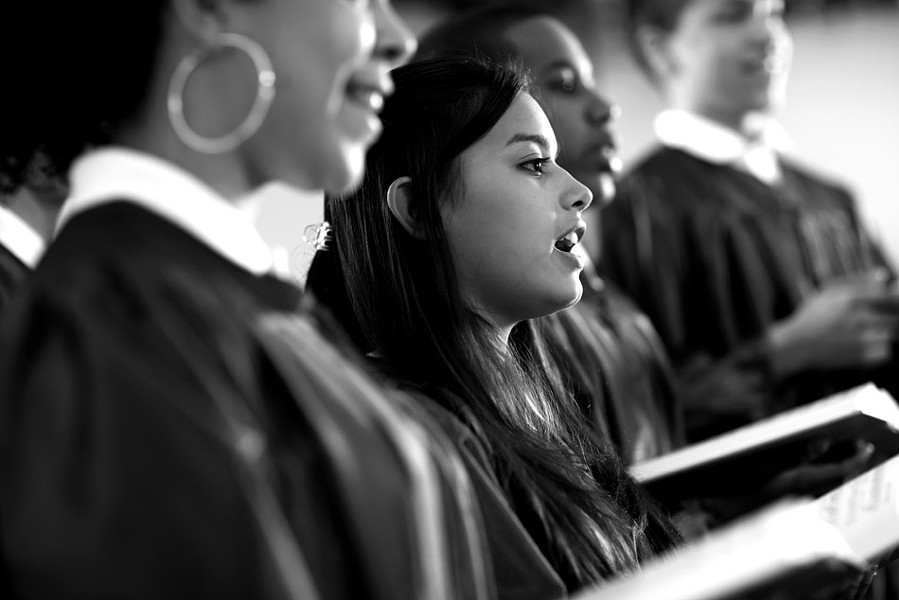 Like the put-upon heroine of an 18th-century novel, Handel's "Messiah" has gone through many questionable adventures while retaining its virtue. The reasons are not too hard to figure out. First, the libretto, assembled with a touch of genius from verses throughout the Old and New Testaments by Charles Jennens, really conveys the mystery — and, to many listeners, the necessity — of divine redemption. The progress from Jesus' birth through his death and resurrection is always clear and moving.

And then, of course, there's Handel's music. He wrote "Messiah" in 24 days (with a little help from a few previous pieces he appropriated), and the music flows with logic and passion, meticulously put together but with an overall effect of grand simplicity. You can be hooked at first listen by Handel's great tunes and unceasing energy, and repeated listenings can reveal the amazing craft underlying the music. But "Messiah" is above all, and unmistakably, a testament of faith. Many other composers have written beautiful and inspiring large-scale Christmas pieces — Berlioz's "Childhood of Christ," Arthur Honegger's "Christmas Cantata," Saint-Saens' "Christmas Oratorio" — and we really ought to hear them more often. But where Christmas is concerned, "Messiah" will always be the monument.

Local performances of Handel's "Messiah" this season include: