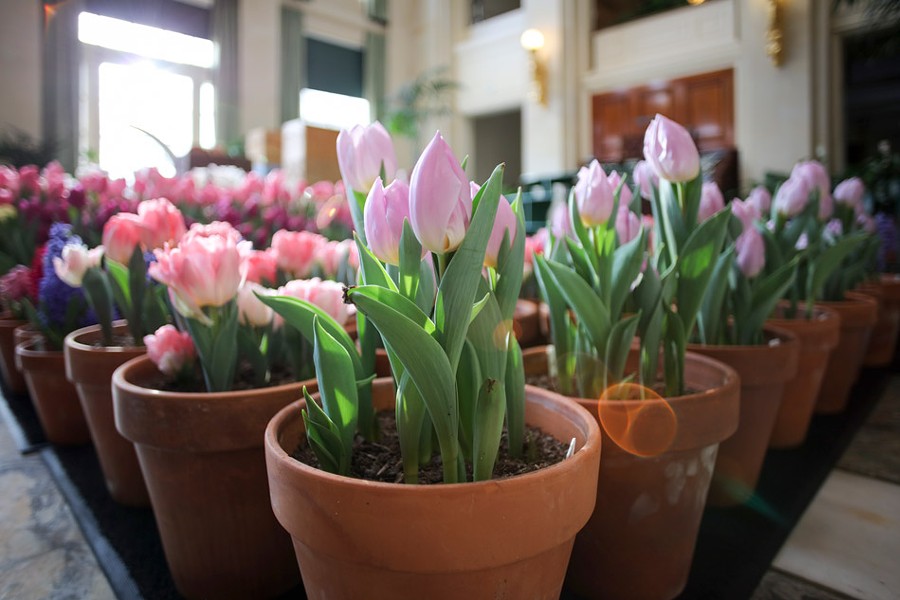 George Eastman's legacy includes changing the way the world experienced color, as technologies like Kodakchome and Eastmancolor defined generations of still and motion pictures. His drive to innovate may have been inspired by an 1895 bicycle trip through The Netherlands, where a young Eastman began a lifelong fascination with brilliantly colored tulips. Throughout his tenure at his eponymous East Avenue mansion, the inventor imported thousands of tulip bulbs each year to display in his conservatory and greenhouses. The George Eastman Museum reinstated the tradition in 1995, and the institution has been recreating the chromatic display based on Eastman's original specifications each spring for a quarter century. The massive horticultural effort for this year's exhibition started last July. Months of work by museum staff, volunteers, and partnerships with the Monroe County Parks Department and Fairport's Lucas Greenhouses have prepared the 14,000 tulips for display this month.