Rochester-based artist Sarah Rutherford is in the midst of a new series of murals that spotlight local women who work to lift up the voices of others. When the project, titled "Her Voice Carries," is complete later this year, a mural will adorn a wall in each quadrant of the city, plus a fifth in Center City. Rutherford is currently painting a mural inside the Memorial Art Gallery that features each of her five subjects as well as a map with locations of the other murals and their projected dates of completion.

The roots of this project are in another wall painting Rutherford completed about two years ago in the tunnels that connect various buildings at the University of Rochester. The painting depicts both younger and older versions of suffragist Susan B. Anthony, and includes the school's flower, a blooming dandelion, with its seeds floating toward a modern young woman.

Anthony was integral in raising the $50,000 required by the University of Rochester before the trustees would admit women -- in addition to fundraising efforts, she pledged her life insurance policy at the 11th hour to close the $8,000 funding gap.

"I knew that was one of her last acts before she died," Rutherford says. "So I knew it had relevance, but I wanted it to have relevance to women walking the halls today. I kept thinking about that -- I keep wanting to think about the way that it could plant seeds for the greater community. I think about the vibration of Susan B. Anthony and everything that happened here, but I want to think about it in terms of what's happening now."

Rutherford says she spent the next two years planning and looking for five subjects to feature in a series of murals that would emphasize the commonalities of our human experience through the leadership of empowered women.

"I was also looking to understand our city in a deeper way," she says. "I've been here for 10 years and I feel like I still don't know our city, so that was part of this project for me. After a couple years of mural work and working in a lot of different communities, I felt a lot of disconnection between neighborhoods and spaces within our city, and so I was hoping to think about this as a collective story, but laced with individual truths. Something that would set people off on a journey through the city, to experience it in a different way."

While only five women were chosen for the murals, Rutherford says she plans to tell the stories of all of the inspiring women she met during her research on the project's blog, hervoicecarries.blog.

Rutherford also acquired funding through the city to hire two youth artist apprentices, Charisse Warnick and Maribel Hernandez (both of whom have worked with Rutherford on mural projects in the past), and a project assistant, Elizabeth Lenz who is helping with admin work.

The first mural, featuring poet and activist Rachel McKibbens, was completed earlier this month on a wall at the University Avenue Planned Parenthood. The piece is a portrait of McKibbens in Rutherford's dreamy, illustrative style, accompanied by an affirmation written by McKibbens and a pink door, alluding to the name of the writing retreat for women of color that McKibbens founded. 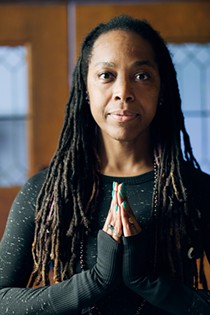 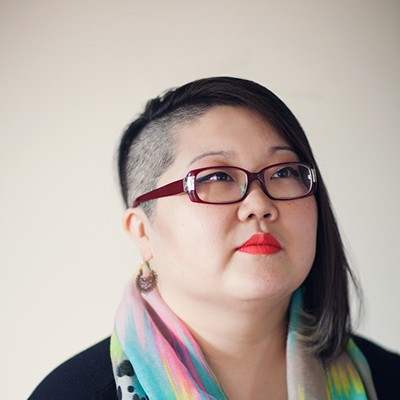 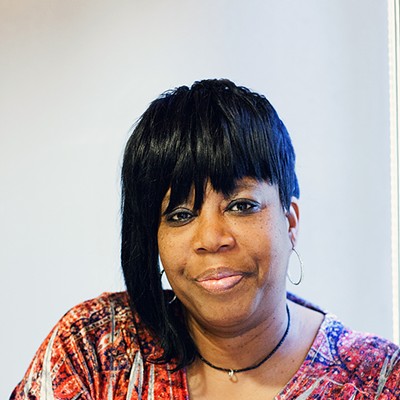 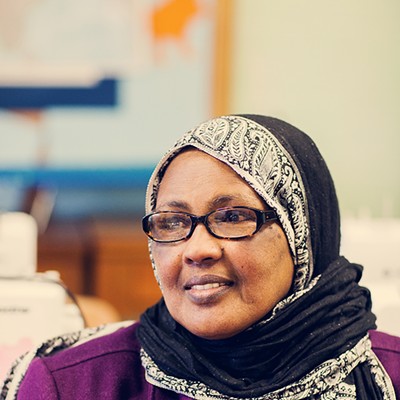 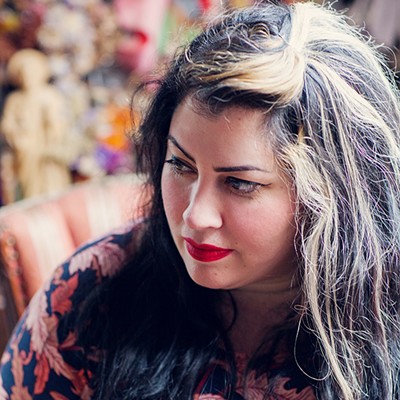 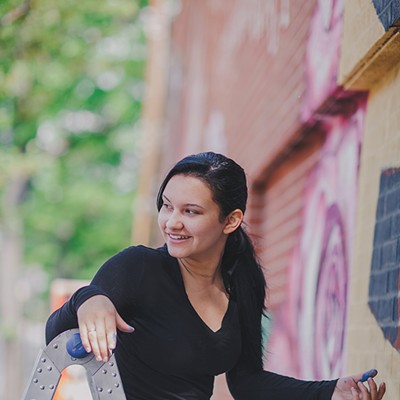 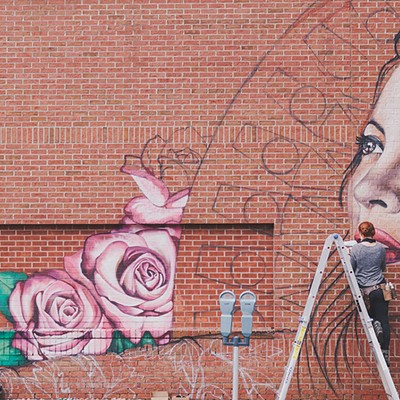 Rutherford was a patient, she says, at this Planned Parenthood location for the five years she was uninsured, and that this is a way to give back.

"When you're walking through that space as a patient, with the gauntlet of protestors telling you you're going to hell ... I wanted this visual imagery to be stronger, louder, bigger, more powerful than the signs they're holding," she says.

Rutherford anticipates completing the installation at the MAG (located in the Hurlbut Gallery) by the second week in July, and says it will remain up for about a year. Each of the remaining murals will take about a month to complete.

The following bios of the featured women and corresponding locations of the murals were provided by Rutherford.

Rachel is a poet, activist, and mother of five. Rachel also teaches poetry and creative writing while giving lectures across the country as an advocate for mental health awareness, gender equality, and victims of domestic abuse and violence. She is a member of Latinas Unidas and co-curates Poetry and Pie Night, a monthly reading series, right here in Rochester. In 2012, McKibbens founded The Pink Door Writing Retreat, an annual retreat open exclusively to women of color.

Originally from Somalia, Safi has lived in the United States for 20 years. Known as "Momma Safi," she teaches sewing skills, serves as an emergency translator, and provides transport to refugees in need through Refugees Helping Refugees, an organization for which she is a founding member. Safi is one of the first people refugees call upon for help, day or night.

KaeLyn Rich is a queer feminist, a direct action organizer, a nonprofit lifer, a writer, and a sexuality educator. She is currently the Assistant Advocacy Director of the New York Civil Liberties Union. KaeLyn is also staff writer for "Autostraddle" and the co-founder and editor of "Queer Family Matters."

Called "Joy" by her mother, Imani radiates love and empathy to everyone she encounters through both her work as Pastor of Reformation Church and her yoga teachings. Founder of "Yoga for a Good Hood," Imani strives to bring yoga and meditation to those for whom it may otherwise not be accessible.

Trelawney is the adoptive, foster, and biological mother to 9 children. She works fulltime as a project counselor at the University of Rochester, supporting young mothers as they navigate towards independence. She also volunteers her time as President of the Rochester Rams Football Club and Executive Vice President of Western NY Pop Warner. She is committed to the belief that every child deserves love and has dedicated her life to this mission, both within her own home and her work.