As the third-largest city in New York, Rochester has a rich local media scene, with a daily newspaper, a feisty alternative news weekly, three network television news affiliates, and dozens of radio stations.

But the region isn't immune to the problems afflicting traditional media outlets around the globe. Advertising, the conventional means by which media outlets generated revenue, remains in a digitally-enhanced freefall, and the outlets have made up the shortfall by laying off staff.

Consequently, television news coverage is thinner. Radio stations are replacing DJs and talk show hosts with automated content. Some days, the daily newspaper is as thin as a take-out menu.

But they're still ours. Here's a look at those outlets, programs, and personalities that move the needle in Rochester. 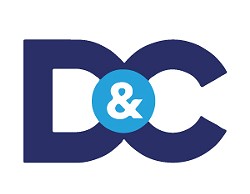 The Democrat and Chronicle

From its downtown perch on Main Street near Clinton Avenue, the 187-year-old Democrat and Chronicle remains the newspaper of record in Rochester.

But severe staffing cuts have rendered the publication a shadow of its former self, when it was the flagship of Gannett Co., which was at one time the largest newspaper chain in the world and headquartered on Exchange Boulevard in downtown Rochester.

The D&C, as it is known, churns out solid, in-depth journalism from time to time, particularly in the areas of criminal justice, public education, and development, but its days as a daily influencer in are in the rearview mirror.
democratandchronicle.com
@DandC 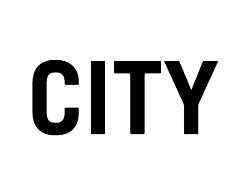 CITY Newspaper was founded in 1971 amid a boom in alternative weekly newspapers from which sprung the likes of The Village Voice in New York City, the Boston Phoenix, the San Francisco Bay Guardian, and Philadelphia City Paper.

While The Voice silenced its print edition in 2017, and the others went out of business altogether, Rochester's CITY Newspaper continues to publish in print and online. That's thanks in no small part to its recent partnership with WXXI Public Media, Rochester's public broadcasting station, which acquired CITY in 2019.

CITY publishes on Wednesdays and can be found at more than 300 locations around Monroe County. But it also routinely turns around daily news stories online and is known for its quirky scoops, environmental and social justice coverage, and deep arts and culture reporting.
rochestercitynewspaper.com
@roccitynews 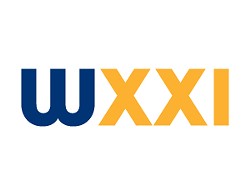 WXXI is the National Public Radio affiliate in Rochester, but it is really more of a cultural institution in town.

The station, whose call sign represents the Roman numerals for 21, the analog channel number for WXXI-TV, produces local newscasts seven days a week, a local talk show every weekday, periodic documentaries, and a steady diet of classical music. WXXI is also known for airing NPR news and talk shows and a wide array of children's programming.

Prior to acquiring CITY News last year, WXXI entered into a long-term affiliation with The Little Theatre, an historic multi-screen movie house on East Avenue that specializes in screening art and independent films, in which WXXI took over operations of the venue.
wxxi.org
@WXXIrochester
@WXXINews 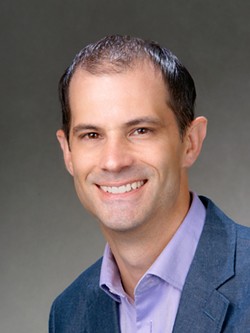 Connections with Evan Dawson, the midday talk show on WXXI, is by far the most enlightening and entertaining two hours of daily radio in Rochester.

The show, which runs from 12 to 2 p.m. on 1370 AM on weekdays, typically involves in-depth conversations with local and national experts on two specific topics, one devoted to each hour of airtime.

Dawson, a former television journalist who joined Connections in 2014, is an excellent interviewer who is well-versed in local politics and comes off as prepared as his guests, no matter the topic, whether it be heavy, light, or irreverent.
@evandawson

One of the first radio stations in New York to be owned by an African-American, WDKX has been pumping out the best in soul, hip hop, and R&B around the clock since its founding in 1974.

Its founder, Andrew Langston, who died in 2010 at the age of 81, was honored posthumously a few years later when a new downtown street off Main Street near East Avenue was named Andrew Langston Way.
@1039WDKX 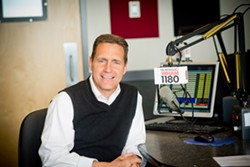 Radio talk show host Bob Lonsberry is the Rush Limbaugh of Rochester. A former D&C columnist whose folksy voice had widespread appeal in the 1990s, Lonsberry has a decidedly conservative bent and sometimes finds himself in hot water for saying outlandish things.

For instance, he was widely ridiculed in 2019 online and by late-night television comedians, including Stephen Colbert, for comparing the word "boomer," as in a person born during the "Baby Boom" era between 1946 and 1965, to the n-word.

Often referring to himself as "the most fired man in Rochester media," Lonsberry hosts a morning show on WHAM 1180 AM from 8 a.m. to 12 p.m. on weekdays that features a mix of news, commentary, anecdotes, and callers. His sources within the law enforcement community allow him to often get in front of breaking news on the crime beat.
@BobLonsberry 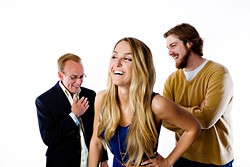 This morning drive-time radio program is the one Rochester turns to when it wants a belly laugh. But the show, which runs from 6 to 10 a.m. on the classic rock station WCMF 96.5 FM, isn't for everyone.

Consider its recurring sketch "Bitch Voice Theatre," in which the hosts highlight the week's best wimpiest voices, and its baritone tagline: "Two guys and a girl . . . who tells them why they're wrong."
@wcmfbreakroom 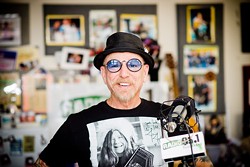 Brother Wease, the on-air persona of Alan Levin, has been a morning radio fixture in Rochester for over 30 years. His program, The Wease Show, on Radio 95.1 FM airs weekday morning from 5 to 11 a.m.

Wease, whose gravelly voice is instantly recognizable, is accompanied by an ensemble cast, including Deanna King and Pauly Guglielmo. The gang has a friendly rapport dishing on news stories of local and national interest and has a loyal following.

The team's most endearing quality is its willingness to share much of their personal lives with listeners. King, for instance, has been known to tweet photos of her morning bed-head, while Wease talking frequently about the love his life, his longtime wife, Doreen.
@BrotherWease
@CynicalMother 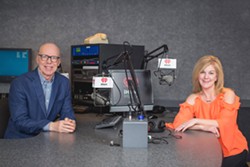 Kimberly Ray and Barry Beck have kicked around the Rochester radio dial over the years and are now airing weekdays on Radio 95.1 FM from 2 to 7 p.m.

Crass, brash, and generally conservative, the duo has a loyal following of listeners and a knack for advancing local news stories by inviting callers to spout off anonymously. These "Fourth Man" calls, as they are known, are commonly rife with rumor and innuendo, but sometimes yield a lead that draws follow-up from traditional local news sources.

The pair were fired from their previous gig on WBEE 98.9 The Buzz in 2014 after making hurtful comments about transgendered people.

Channel 13 (@13WHAM) has been the dominant local news affiliate for at least 20 years, thanks to the longevity of its longtime team whose members Rochesterians know by name. Anchors Don Alhart, Ginny Ryan, and Doug Emblidge, and reporter Jane Flasch (yes, that's her real name), are pros who have been in the game for almost as long as anyone can remember.

Channel 10 (@News10NBC) has carved out a niche for itself with its investigative reporting led by Berkley Brean and periodic spots such as "Good Question" and "New York State Exposed," which answer viewer questions and expose waste and abuse in state spending, respectively.

Channel 8 (@News_8) is perhaps the most honest broker of television news. There isn't much flash to the broadcast, but what it offers you can take to the bank. Anchors Adam Chodak and Maureen McGuire lead a news team whose members are relatively green.