Moving the Brits to Mississippi 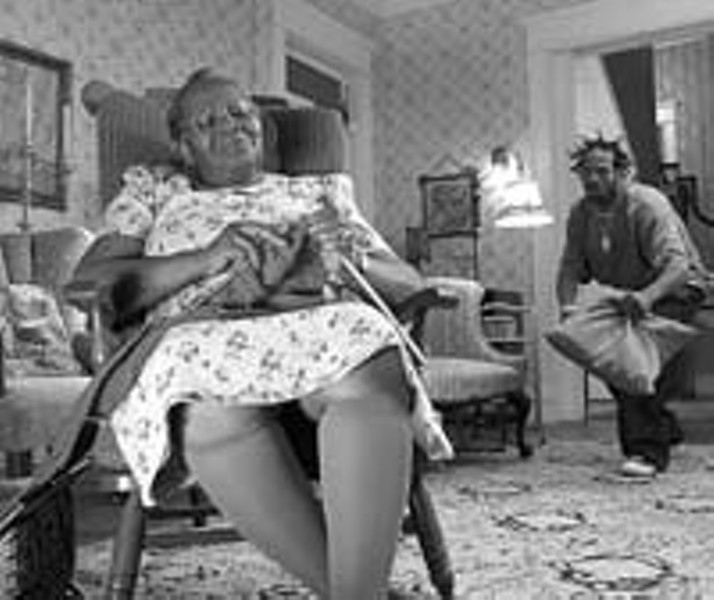 Despite a decidedly spotty, often shabby, occasionally even sordid record, English cinema displays a number of bright moments and impressive achievements. In addition to some quite remarkable directors and a legion of accomplished actors, in certain periods of their history British motion pictures virtually bubble with energy.

While showcasing such talents as Alec Guinness and Peter Sellers, the Ealing comedies of the late 1940s and early 1950s --- e.g., Kind Hearts and Coronets, The Lavender Hill Mob (my personal favorite), and The Ladykillers --- represent some of the best in British film=s capacity for wit, vivacity, and charm.

In their remake of the Ealing dark comedy, The Ladykillers, Ethan and Joel Coen update the original and, perhaps hoping to repeat the commercial success of Brother, Where Art Thou?, transplant it from England to Mississippi. Aside from allowing them to milk some small humor from a collection of easy regional stereotypes --- from the sleepy sheriff to the black preacher --- the change of setting enables them to exaggerate their characters, especially the protagonist, in a distinctly Southern manner.

Although it roughly duplicates the situation and plot of the original, the new version demonstrates the folly of certain remakes, which attempt to improve upon (and of course, profit from) works inextricably connected to the peculiarities of their own time and place.

In the new movie, Tom Hanks plays Professor GoldthwaitHigginson Dorr, the leader of a gang of bumblers who plan a big caper, in this case tunneling from the house of Marva Munson (Irma P. Hall) to the strongroom of a riverboat casino. Although the gang, who pretend to be practicing music of the later Renaissance in Munson=s cellar, includes the usual experts --- a tunnel man, an demolition expert, an inside agent, a strongarm --- following the prevailing European tradition of the big caper flick, the movie plays the whole endeavor for laughs.

Instead of careful planning, high tension, and clockwork precision, therefore, the plot depends upon the escalating ineptitude of the Aexperts@ and their inability to conceal their efforts from their landlady.

Perhaps the most successful ploy on the part of the filmmakers, oddly, involves the prose style of the characters, each of whom speaks his own personal language. Beyond the grunts of the muscle man and the monosyllables of the tunnel expert, Marlon Wayans, the excitable inside worker, babbles a version of ghetto blather liberally sprinkled with obscenities that shocks the pious landlady. The pedantic explosives expert, Garth Pancake (J.K. Simmons), who blows one of his fingers off, delivers pedantic lectures on a number of subjects, but mostly concentrates on the special mysteries of his personal affliction, irritable bowel syndrome.

The professor, however, dominates both the picture and the dialogue --- it=s a very talky movie, especially for an American production --- spinning out his confidence game, improvising appropriately baroque prevarications for questioners and doubters in long polysyllabic disquisitions, full of elegant variation, literary allusions, ornate phrasing, with even the semicolons audible. Combining in one character the oleaginous and the syrupy, like some walking, talking mixture of axle grease and molasses, laughing in horrible asthmatic gasps, Hanks virtually smothers the role and the picture. Contrasted with the dry precision of Alec Guinness, his performance rapidly grows tiresome and even exasperating.

Following the example of the original, The Ladykillers allows its people to succeed in their big caper, despite the gang=s general clumsiness and idiocy, and now and then extracts some real laughs from its material.

The series of violent confrontations and allegedly comic mishaps that rather hastily finish off the plot and satisfy the convention stipulating that people in a movie really shouldn=t profit from a crime, attain a level of graphic authenticity and, even occasionally, of shock beyond the sort of thing that English film comedies of the 1950s would attempt. Much of the action depends upon the filmmakers= characteristic tendency to play too often for a laugh and to employ a relentlessly adolescent approach to the situation and the people.

The dominating failure in The Ladykillers, which may derive either from the Coen brothers or even from Tom Hanks himself, involves the general excess of just about everything and everyone. Virtually all the actors overplay their parts outrageously, mugging to underline the jokes, consciously pausing to deliver obvious gag lines so that nobody misses the point, painting everything in bold primary colors with the broadest possible brush, decidedly not the approach that made those wonderful comedies from the Ealing Studios so delightful and so memorable, and, sadly, so attractive to the Coens.