MOVIE REVIEW: "The Other Son" 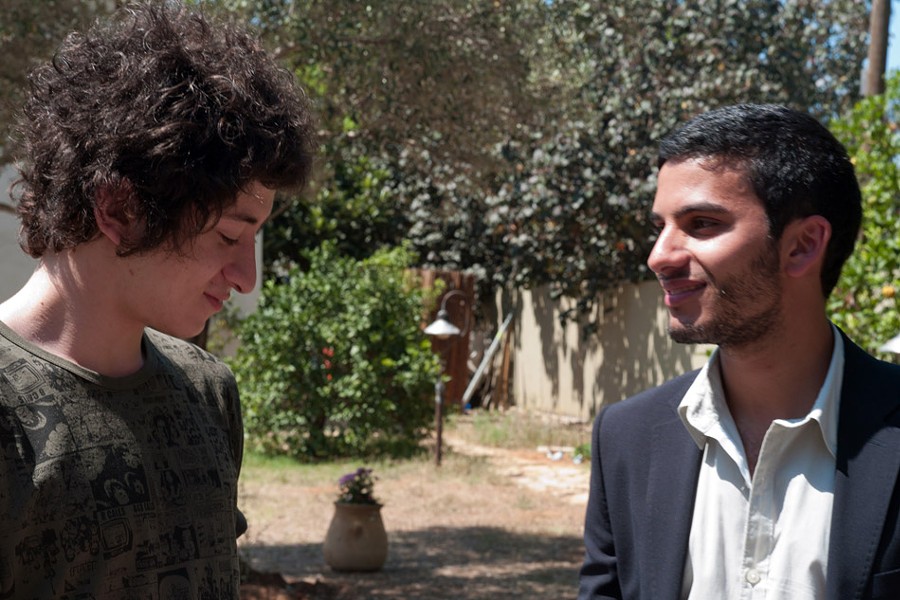 Jules Sitruck and Mehdi Dehbi in "The Other Son." PHOTO COURTESY OF THE COHEN MEDIA GROUP

(PG-13), directed by Lorraine Levy | Opens Friday at the Little

Generally speaking, there are three distinct types of fantasy stories. The most blatant are the tales that take place entirely in a make-believe world filled with fantastical sights and populated by inhuman beings that could never exist in reality. Then there are the stories set in the real world but which add extraordinary elements like magic or supernatural beings. The final variety are the most subtle, taking place in the real world and focusing on the actions of realistic people, the fantasy element making itself known through characters that behave in ways that real people most likely wouldn't. These are stories that tend to present the world the way most of us wish it was. "The Other Son," a sensitive — if often contrived — drama falls into this last category.

When 17-year-old Joseph (Jules Sitruk), an introverted aspiring musician, submits to a routine blood test as part of preparations for his mandatory service in the Israeli military, doctors are bewildered to discover that the boy's blood type doesn't match that of his parents. A follow-up test confirms that he couldn't possibly be the son of Orith and Alon Silberg, who have raised him from birth. Investigation leads to the revelation that in the chaotic aftermath of a missile attack that hit the hospital where Orith had given birth, doctors inadvertently switched her newborn baby with that of Leila and Said Al-Bezaaz, a Palestinian couple who were delivering at the same time. Orith and Alon's infant, meanwhile, was raised on the West Bank, and has grown into gregarious pre-med student Yacine (Mehdi Debhi).

Each set of parents are brought together to be informed of the mistake, forcing them all to decide how best to cope with the news and how, or even if, they should tell their sons. From this unlikely setup, "The Other Son" examines as realistically as possible the ramifications of finding out that the child you've raised for 17 years isn't actually your flesh and blood.

Of course, the two boys eventually do find out the truth, and despite resistance from both fathers, the boys' natural curiosity about one another and the life they may have lead slowly draws their families together, forcing them to confront the prejudices that have been ingrained in them through generations of conflict and hatred. On their own, each boy crosses the border to attempt to get to know his birth family, eying one another alternately with jealousy and brotherly affection as they strike up a friendly relationship. It's in this middle section, as each boy is thrown into an identity crisis, that the strong, charismatic performances by Sitruk and Debhi really shine.

The switched-at-birth plotline has been done so many times, it's a wonder that no one has thought to place the children on opposite sides of the Israeli-Palestian conflict until now. That very real tension adds a weight to the story that it otherwise might not have had. Though the premise seems ripe for over-the-top melodrama, French director and co-writer Lorraine Lévy does her best to ground things in an honesty that keeps the film from becoming overly preachy. Even so, as the film reaches an ending that veers ever-so-slightly into schmaltz territory, the tale ultimately boils down to a "Can't we all just get along?" plea for tolerance.