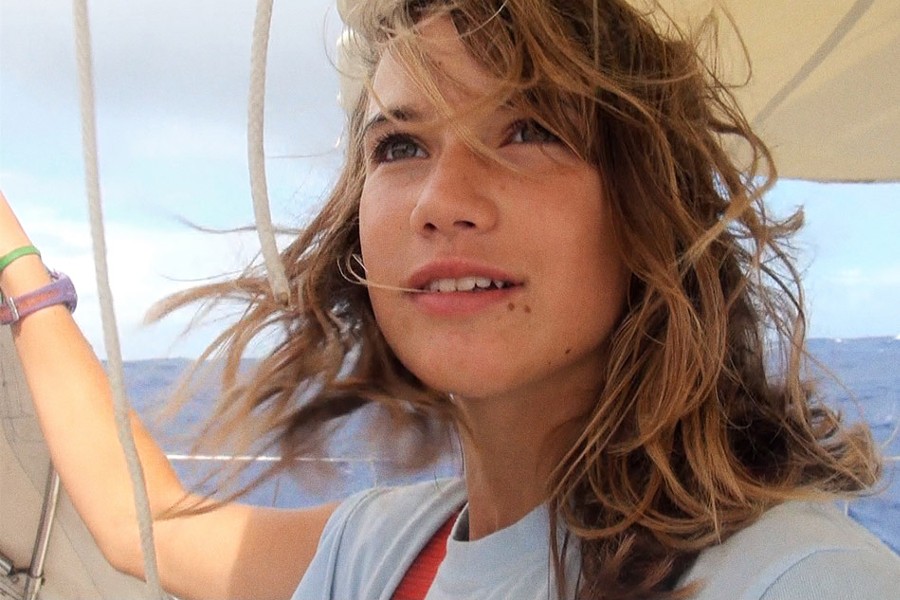 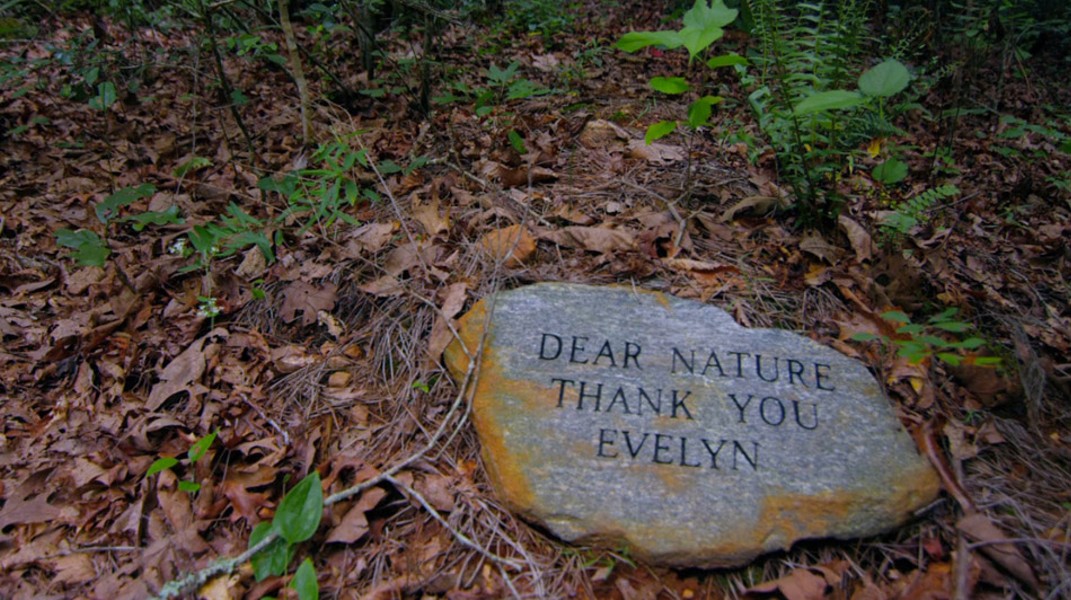 PHOTO PROVIDED "A Will for the Woods" screens Friday, September 13, as part of this year's Greentopia | FILM series.
September 10-15greentopiafest.com

Greentopia began in 2011 as a two-day event. Now, just three years later, it has blossomed into a week-long multimedia festival that includes a conference, art exhibits, musical performances, and even a fashion show. Presented by Friends of the GardenAerial, the festival's purpose is to educate and raise awareness for the environmental issues facing our modern society, promoting sustainability efforts on a local scale, and generally making Rochester a happier, greener place to live.

Another major component of Greentopia is the film festival, held September 10-15. A fantastic six-day program of documentaries covering a variety of environmental topics, the films will be screened at five different venues around Rochester. Tickets for the films are $8 in advance and $10 at the door, with discounts available for groups and students, as well as full-festival pass options ($60-$75). Read on for our take on a sampling of the films, and check greentopiafest.com for a complete schedule of events and ticket information.

Returning this year is the popular "Short Courses" program, which features four food-themed documentary shorts paired with a corresponding four-course meal at Good Luck restaurant (and yes, the meal includes wine). Tickets to that event are $100, and it sold out last year, so make your reservations early. (Tuesday, September 10, 7 p.m.)

Centered around the need for a drastic rethinking of traditional urban-planning models, "The Human Scale" uses the concepts of Danish city planner Jan Gehl to argue that cities need to be designed with an eye toward facilitating personal, human interaction and away from the compartmentalized, car-centric designs that have been the norm in city planning since the 1960's. These ideas aren't new (everyone and their mother has advocated for more public green spaces and easier walkability), but actually seeing them in action is fascinating. Director Andreas M. Dalsgaard takes his cameras to several cities around the world, allowing viewers to observe how the adoption of Gehl's suggestions have impacted the way that people function, and drastically improved the standard of living of those who live there. (Wednesday, September 11, 7 p.m., Little Theatre 1)

People like to complain about the lack of space in their homes, but with the spread of the Tiny House movement, that may soon be a thing of the past. Small homes (think an average of 150 square feet — so cozy!) are becoming increasingly popular with those looking to rid themselves of the excess stuff in their lives and get back to a simpler way of living. In "Tiny: A Story About Living Small," Christopher Smith documents his attempt to build a small, portable home atop a trailer bed. He sets aside a few months for the project, but soon discovers that it's more difficult and time-consuming than he'd imagined. Along the way he talks to some others who've successfully built their own tiny homes, and the effects it has had on their lives. (Friday, September 13, 5:15 p.m., Greenovation)

After psychiatrist Clark Wang was diagnosed with terminal lymphoma, he naturally started thinking about his legacy. "A Will For the Woods" follows Wang (along with his sweetly positive wife, Jane) as he seeks his final resting place, and a method of getting there that will, in some small way, leave the world a better place than when he arrived in it. He's enthusiastic about the idea of an environmentally neutral "green burial," which forgoes embalming or a fancy casket and allows the deceased to be buried in a specially designated natural environment. Green burials are becoming more and more common. As someone in the film points out, it seems somewhat hypocritical that in life, we attempt to stay green, recycle, and decrease our carbon footprint, but then allow our bodies to be pumped full of chemicals once we die. With this method, there's a way to ensure that the forest will always stay a forest even after we're gone, and "Will For the Woods" pays moving tribute to the innate beauty behind that concept. (Friday, September 13, 7 p.m., Little Theatre 1)

The inspirational "Maidentrip" chronicles the voyage of Laura Dekker, who at 13 years old dreamt of being the youngest person to sail around the world alone. Using the video footage Laura shot herself throughout the 519-day journey, the film turns into a coming-of-age story of sorts, as Laura matures and comes to enjoy her newfound independence. The downside of relying on her personal documentation means we cut away during the most intense bits of action and miss her most challenging moments since she was, you know, busy sailing a ship. (Friday, September 13, 9:30 p.m., Little Theatre 2)

Can we make it a rule that every film include narration by Jeremy Irons? In "Trashed," the actor travels across the globe, making stops in cities that have been negatively impacted by the presence of landfills in order to examine the deadly consequences of our throwaway culture. The film is illuminating as it presents some possible solutions to the situation in which we've found ourselves. But be prepared, there are some difficult-to-watch moments, including a particularly horrifying sequence in Vietnam investigating birth defects in Vietnam due to exposure to extreme amounts of dioxins. Luckily for audiences, the soothing sounds of Irons' voice make the disturbing images slightly more palatable. (Saturday, September 14, 2 p.m., WXXI Studio A)

With only a single library book as his teacher, Malawian teenager William Kamkwamba successfully built a working windmill that was able to power his family's home and save them from the effects of famine. It's an incredibly inspiring story, but Ben Nabors' "William and the Windmill" has a little more on its mind than the simple warming of hearts. The film begins after Kamkwamba was "discovered" by American entrepreneur Tom Rielly at age 19 and brought to America, where the boy quickly became a media sensation. Nabors celebrates Kamkwamba's endless imagination and innovative ability, but also manages to portray him in all his complexities. The film raises some thought-provoking questions as it acknowledges the opportunities the newfound notoriety provides him, but doesn't shy away from the potential for his exploitation at the hands of rich, well-meaning white people. (Saturday, September 14, 4:30 p.m., WXXI Studio A)

In the concert protest film "Dear Governor Cuomo," a collection of activists, musicians, and celebrities (including Mark Ruffalo and singer Natalie Merchant) lend their voices to implore our governor to ban hydraulic fracturing (or fracking) in New York State. Don't expect an in-depth examination of the subject, but the film provides a nice overview of the dangers of fracking and a pretty awesome soundtrack to boot. (Sunday, September 15, 5 p.m., Little Theatre 1)

Probably the documentary with the most unexpected thesis in the entire line-up, director Robert Stone's "Pandora's Promise" argues for the widespread use of nuclear power. Using interviews with a number of respected environmentalists who have changed their tunes about the energy source over the years, Stone argues that the process is just as safe as alternatives like solar or wind power. The film also blames the merging in our collective minds of nuclear power and destructive nuclear weapons for society's aversion to the energy source, even going so far as to suggest that nuclear-energy protestors are akin to climate-change deniers (which frankly seems a bit harsh). Still, it makes for a fascinating and provocative viewing experience. (Sunday, September 15, 7:15 p.m., Little Theatre 1)