Morelle says he contacted RIT about LaMar, but denies seeking her firing

PHOTO BY MARK CHAMBERLIN Former Democratic Committee chair Joe Morelle.
Representative Joe Morelle acknowledged Tuesday that he contacted the Rochester Institute of Technology to complain about one of its employees, Monroe County Legislator Sabrina LaMar, participating in what he considered a campaign video for his challenger in the Democratic primary this year.

But Morelle denied the essence of a complaint LaMar made about him to the Office of Congressional Ethics a day earlier, namely that Morelle had pressured the school to fire her with the threat of withholding federal funding.

In her complaint, LaMar alleged that Morelle had violated a House rule that forbids influencing employment decisions of private institutions by threatening to withhold an official act.

Her allegation was supported by Rochester Mayor Lovely Warren, who called a news conference to say that she stood with LaMar and that Morelle had personally told the mayor that he had contacted RIT to seek LaMar's firing.

Waiting game awaits Rep. Joe Morelle after ethics complaint
Whether Morelle will be investigated for an alleged ethics violation is far from certain, but history suggests any probe would be thorough and aggressive.
By David Andreatta
News
Morelle's campaign immediately issued a statement on Monday denouncing the allegation, while acknowledging that "a representative" of the campaign had contacted RIT to inquire about LaMar. 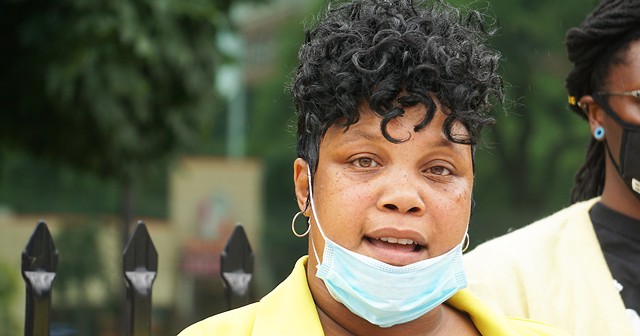 On Tuesday, Morelle issued a statement saying that it was he who had reached out to RIT.

His statement was accompanied by images of text exchanges he purportedly had with Deborah Stendardi, the director of RIT's government and community relations.

At issue was whether LaMar violated RIT's policy on political and legislative activities by employees by participating in a Facebook talk show in April hosted by the campaign of Robin Wilt, who at the time was challenging Morelle for the Democratic line to run for his congressional seat this year.
Morelle-Stendardi exchange Text exchange between House Representative Joe Morelle and Deborah Stendardi, RIT's director of government and community relations. PROVIDED BY REPRESENTATIVE JOE MORELLE The school's policy states that employees are generally free to participate in political activities as long as they are not doing so as representatives of the school.

The images of the text messages suggest that RIT officials found LaMar's involvement in the talk show to be improper, but that she was given permission to do so by her department head.

Stendardi purportedly wrote that the department head was apologetic but that school officials feared that asking LaMar to remove any social media references to her involvement on the the talk show would "escalate" the situation.

"Sounds like a good resolution," Morelle purportedly replied. "Thanks for everything!"

"As the campaign stated yesterday," Morelle's statement read, "this clearly demonstrates that at no point was there any attempt to threaten Ms. LaMar’s employment nor discuss funding for the institution."

Within hours of Morelle releasing his statement, LaMar issued one of her own that called for his resignation and accused Stendardi of asking school officials to fire her. LaMar demanded that RIT make public any communications between Stendardi and school officials regarding Morelle's inquiry into her.

"The truth is I was reprimanded by my employer after Congressman Morelle demanded it," LaMar's statement read. "The vice president of governmental relations, Ms. Stendardi, contacted the dean of my college and the department head, my direct supervisor, asking for them to terminate me. There is a direct line from the Congressman’s demand to my resulting punishment and silencing."

David Andreatta is CITY's editor. He can be reached at dandreatta@rochester-citynews.com or 585-784-3507.