by Randy Gorbman and David Andreatta 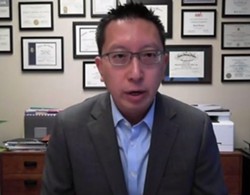 The county reported confirming 541 news cases and 11 deaths. The numbers were startling when compared to the daily figures that prompted mass shutdowns earlier in the year, and came on the heels of two consecutive days of more than 500 new daily cases.

“A number of those deaths occurred many weeks ago; these are data that we are now just becoming aware of, partly due to the holidays and reporting delays and so forth," Mendoza said. "But make no mistake, this disease is real, 11 people in our families in our communities in our neighborhoods, have lost their loved ones."

Mendoza said that more deaths are possible as the hospitalization rate climbs.

County Executive Adam Bello and Mendoza on Monday implored county residents to take basic health safety steps, like wearing a mask and keeping physical distance from others, to try and get the infection rate under control.

Bello said that the county will continue to provide rapid testing in some towns, as he had announced over the weekend, including in Brighton, Gates, Irondequoit and Rochester.

The first rapid tests, over two days in Irondequoit this week are already booked up, but officials said they are trying to schedule more rapid test events over the next several weeks.

The COVID-19 infection rates released by the state on Monday show that the 7-day rolling average for the positivity rate in the orange zone in Monroe County is at 7.07 percent and 6.44 percent in the yellow zone. Both numbers are up from the day before.

Here is the age breakdown of the latest positive Monroe County COVID-19 cases: 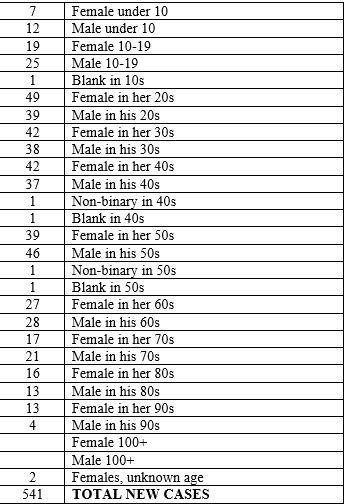 Randy Gorbman is the news director at WXXI News, a media partner of CITY. David Andreatta is CITY's editor.