June 27, 2018
Mayor Lovely Warren has chosen two more developers for the land created by filling in the east side of the Inner Loop downtown.

For the highly visible site between East Avenue and Broad Street, she is recommending a unique, mixed-use development by Home Leasing: 66 one and two-bedroom apartments, a pharmacy for Trillium Health, and commercial space.

In the residential portion, 26 of the 66 units will be rental apartments for residents with i 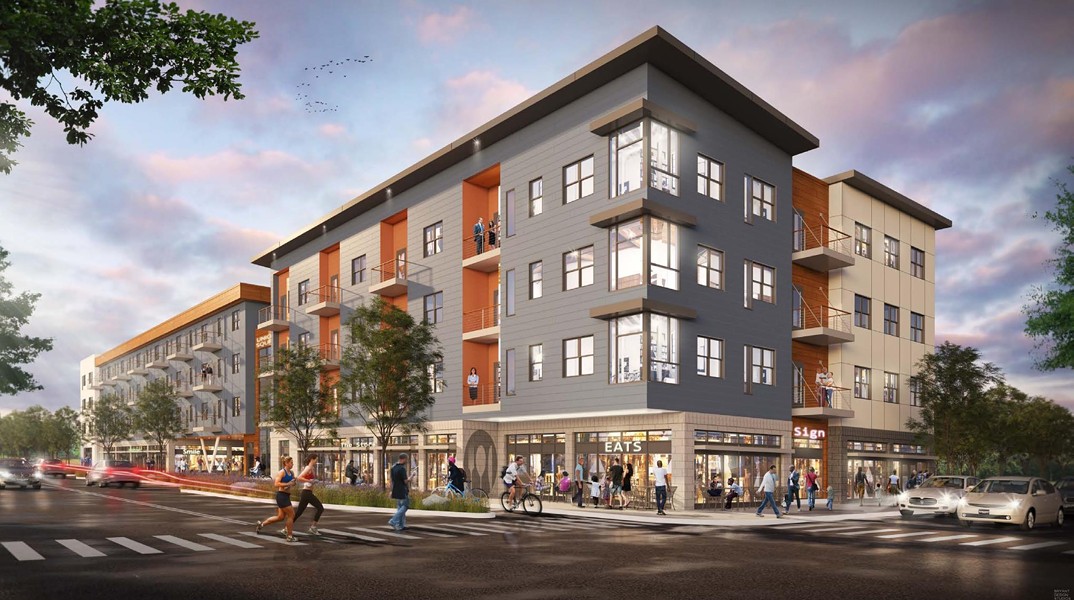 Tenants of all of the units will have access to amenities that encourage healthy lifestyles, the city's press release says, including bike storage. The Trillium pharmacy will provide home delivery for the nearby area.

For a triangular infill site on Howell Street, Warren is recommending a $30.5 million development by Tom Ferrara and Doug Jerrum, principals of 158 Monroe Avenue. They plan a mixed-use project of 101 apartments and three commercial spaces for retail and restaurants. Twenty of the apartments would be designated for residents with earnings of about $31,000, which officials say is the city's median income.

The sale of both sites has to be approved by City Council. Legislation will be submitted to Council later this year, the city says.