Under a state law that dates back nearly 70 years, fees known as “chargebacks” are imposed on counties when their residents attend a community college outside their borders.

Monroe County has paid more than $49 million in chargeback fees to other counties over the last 10 years, and budget records show the figure grows almost annually. In 2012, the county paid out $3.1 million. This year, it will spend about $6 million.

The payouts are in addition to what Monroe County already spends to fund Monroe Community College, which amounts to about $19 million a year.

The arrangement has gotten scant attention here. But it has been a contentious issue for years in Erie County, where Erie Community College finance officials and the county’s fiscal watchdog liken the payouts to taxpayers being billed twice for community college services.

Monroe County, like Erie County, passes on the cost of community college chargebacks to the municipalities where the students live.

That means that taxpayers in Rochester, where scores of residents receive their education at community colleges outside the county, were billed $1.4 million in chargeback fees last year, according to county records. By comparison, the town of Rush, where few residents attended schools outside of Monroe, paid about $34,000.

“It certainly doesn’t seem fair,” said Lynne Dixon, associate deputy comptroller for Erie County. “Taxpayers are already shelling out millions to fund their own schools, and then they’re being told by the state they have to shell out millions more for the privilege of their students to attend a college outside of Erie County.”

Community colleges in New York are funded from three sources: state aid, student tuition, and the sponsoring county government. The state created the chargeback system in the 1950s to cover the county’s portion of that funding equation for students from other counties.

Monroe County and Monroe Community College benefit from chargebacks. Last year, counties across the state were billed $4.7 million in chargebacks by MCC, where roughly 17 percent of the student body hail from cities, towns, and villages outside Monroe County. 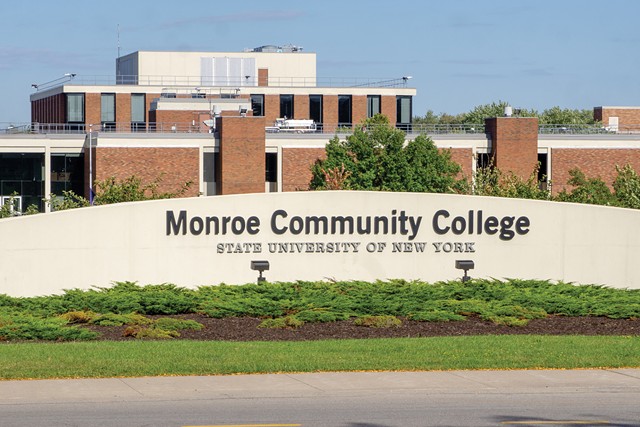 But the gap between MCC’s chargeback revenue and what local municipalities pay to outside community colleges has grown dramatically and could widen further if the number of Monroe County residents enrolled at outside colleges increases.

The rest of the chargeback revenue went to MCC.

The arrangement makes sense to Darrell Jachim-Moore, the vice president of administrative services at MCC, who issued a statement touting the college’s “exceptional value” and “high-quality programs” as being draws for students from outside the county.

But officials at Erie Community College and in Erie County government have been trying to get the law on chargebacks changed for years, despite little political interest elsewhere in doing so.

In a notable twist, however, Erie Community College’s former chief financial officer and a longtime vocal opponent of chargebacks, William Reuter, changed his stance on the matter when he was appointed vice president of administration at Hudson Valley Community College in Rensselaer County, which draws a third of its students from a neighboring county without a community college.

“I now tell people I love chargebacks,” he told The Buffalo News in 2017.

Erie County Comptroller Stefan Mychajliw has not changed his tune. In July, he wrote to Erie County legislators highlighting that taxpayers paid $7.7 million for their residents to attend school outside of Erie and urged lawmakers to ask why.

“The result is your constituents are essentially paying twice,” he wrote. “Taxpayers already fund a portion of ECC. Then they have to pay again for their students who attend community college elsewhere.”

Howard Maffucci, a Monroe County legislator who sits on the Ways and Means Committee and is a former public school superintendent who spent a career dissecting budgets, disagrees with the comptroller’s logic.

“He either doesn’t understand this, doesn’t want to understand this, or is playing politics,” Maffucci said. “Unless Erie County is doing something different than Monroe County, you don’t get double-charged.”

But Erie County’s comptroller is not the only one to rail against community college chargebacks.

The comptroller in Ulster County released a report in 2015 decrying the disparity between the chargeback revenue it took in from other counties to what it paid out.

“The revenue listed above pales in comparison to the amounts expended for chargebacks,” the report reads. “This difference is directly linked to the small number of non-resident students at UCCC compared to the much larger number of Ulster County residents who enroll in community colleges elsewhere across the state.”

About three-quarters of what the county paid out went to colleges in counties that border Ulster. 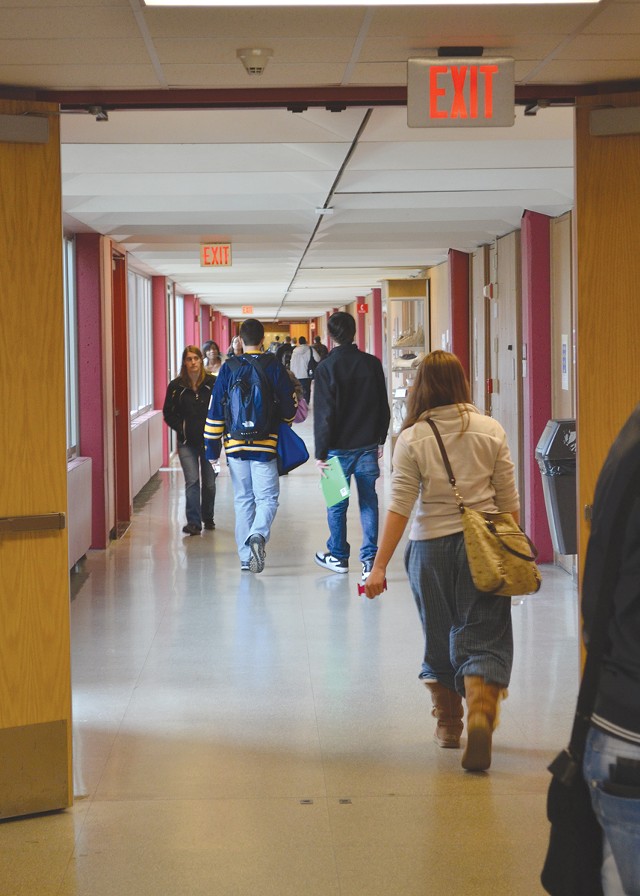 Similarly, the bulk of what Monroe County taxpayers pay for its residents to attend community college elsewhere goes to schools in neighboring counties.

Opponents of chargebacks have argued that counties whose payouts exceed their revenues — as is the case in Monroe County — need to ask why their residents are seeking an education outside their border and whether their community college is falling short.

Supporters of chargebacks posit a counter argument: If the chargeback system disappeared, what would be fair about asking taxpayers of a county with a popular community college that draws students from afar to subsidize those students?

“You can’t talk about government services without discussing how they’re paid for, you’re only giving half the story,” Maffucci said. “That puts people in a tough spot, because they want things, but they don’t always want to pay for things. I’m crystal clear on one thing—nothing’s free, someone’s paying, someway, somehow.”