Election Day may have ushered in a shake up in the Monroe County Legislature, though which party has majority control likely won’t be settled until after absentee ballots are counted.

Heading into Tuesday, Republicans held 15 of the 29 seats in the chamber.

But whether the party will retain its lead was left uncertain long after the polls closed on Election Day, with three key races too close to call.

The county Board of Elections reported unofficial results from early voting, ballots cast on Tuesday, and absentee ballots returned prior to the election, but slightly less than half of the 12,680 absentee ballots the agency sent out remain outstanding.

Those ballots could make all the difference in these races:
With the exception of those three contests, neither party flipped any seats. Depending on the final results, Republicans could hold a one or two seat majority, or Democrats could have a single-seat majority.

Roman, who was to lead the Democratic charge, played down the outcome of her race at the Hyatt Regency Rochester, where she joined supporters.

“In general I’m super appreciative for the voters that came out in my district,” Roman said. “It was clear that they wanted to be engaged in the race, and a lot of folks were paying attention. . . . I’m hopeful (absentee) voters are the most committed voters in the county and I think they’ve been paying attention to the reality of the legislature.”

Hers was one of two races that disappointed Democrats. The other was the rematch contest between Megan Thompson, a Democrat, and Matthew Terp, a Republican, in Webster.

The two squared off in 2019, when Terp won the race. He resigned his seat last year, however, citing health reasons. But he stepped down too late for his name to be removed from the ballot.

Despite his limbo status, Terp took 58 percent of the vote. The outcome means he will either have to take his seat or resign, again, enabling the Legislature president to appoint a replacement, which would have to be a Republican under the county charter.

Whether the president is a Republican or Democrat hangs in the balance.

Democrats and Republican leaders each went into Election Day with high hopes.

County Republican Chair Bernie Iacovangelo said he was looking to retain the seats his party held and grab a few more.

Democrats were looking to usher in a new era of undivided government in more than a generation. The last time the party held both the executive and legislative branches was 1991.

When County Executive Adam Bello  won election in 2019 as the first Democrat to be elected to the office since 1987, he promised to work across the aisle in a pledge of bipartisanship.

It has not worked out that way.

Shortly after Bello's election, Republican legislators, clinging to a slim majority, tried to ram through legislation designed to strip the then-incoming executive of powers held by his predecessors. They later withdrew the measure amid fierce public backlash.

The following year, Democrats splintered over an intra-party disagreement about who to appoint as the party’s elections commissioner. The rift led enough Democrats to oust their leader and another group to form the Black and Asian Democratic Caucus, which began voting with Republicans to form a supermajority.

The dynamic led to a cycle of impasses in which the supermajority would pass legislation, only to have it vetoed by Bello, and then override the veto. 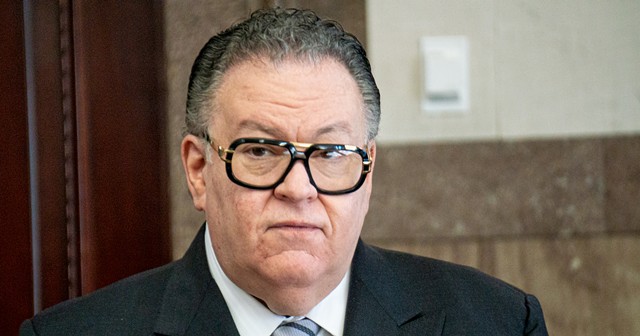 Republican and Democratic lawmakers have passed some legislation without acrimony. They’ve worked together on several occasions, including forming a county climate advisory committee and enacting a law requiring motorists to leave a three-foot buffer when they pass cyclists.

More often than not, however, the majority party has done what majority parties do — flex its muscle to remind the minority who is in charge.

If Democrats manage to free the Legislature from the GOP’s hold, it would be the first time since 1992 that the party has held the majority.

The party had enjoyed four years — 1988 through 1991 — of undivided government with one-term Democratic County Executive Tom Frey at the helm.

But Frey lost to his Republican challenger, Robert King, largely due to resident dissatisfaction over tax increases, which his administration used largely to invest in infrastructure.

Democrats lost their majority in the Legislature the following year when district lines were redrawn. Some party members at the time blamed Democratic legislators for negotiating a political map that was friendlier to Republicans. Others said voters had grown tired of party infighting as well as dysfunction in the Legislature as a whole.