December 30, 2019
Republicans in the Monroe County Legislature are supporting Legislator Joe Carbone for another term as the chamber’s president — but they’re also making a couple of tweaks to their caucus’s leadership.

Carbone, who represents Irondequoit, was first elected in 2012 and began serving his four-year term as president of the legislature in 2016. Legislators are paid an annual salary of $18,000 a year, but officers receive additional stipends. The legislature president is paid $54,000 a year. 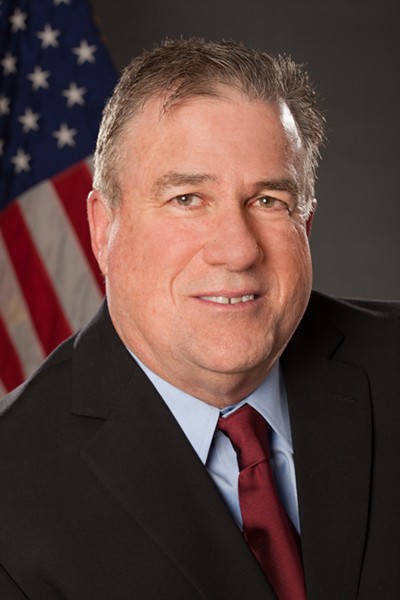 Legislator Brian Marianetti, whose district primarily covers Greece, will not be returning as majority leader. Instead, he was elected vice president. The position pays $21,000 annually. Mariannetti has served in the Legislature since 2014.

The Republican leadership will face a new dynamic in county government next year. For the first time in 27 years, there will be a Democratic county executive when Adam Bello assumes office January 1.

How the executive and legislative branches will approach each other remains to be seen. In the days after the election, Republican legislators introduced a bill that would have, among other things, curtailed the powers of the county executive. Carbone rescinded the measure amid an intense public backlash, but in doing so suggested that Republicans would look for opportunities in 2020 to introduce some of the provisions in the bill.