ILLUSTRATION BY JACOB WALSH
The Monroe County Board of Elections has begun counting around 80,000 absentee ballots cast for the recent presidential, congressional, state, and local primaries, as well as the special election in the 27th Congressional District.

But the results most likely won’t be available until next week, according to a statement issued by the board on Wednesday.

Traditionally, absentee ballots don’t decide races unless they are very close, and more often than not, they mirror the results at the polls. But the huge influx of them this year, which was the result of a statewide effort to encourage people to vote while staying away from polling stations during the pandemic, has slowed the tabulating process and done away with tradition.

In the race for the Democratic line in the 138th Assembly District, for instance, more voters sent back absentee ballots than visited polling sites. At the same time, there’s no telling yet whether all of those voters weighed in on the Assembly primary.

“We’re not really expecting anything concrete for a few days,” said Alex Yudelson, a candidate in the 138th Assembly District Democratic primary.

Yudelson trails incumbent Harry Bronson, who pulled in 60 percent of the 5,652 votes cast at polling places. But the Board of Elections received 7,793 absentee ballots from the 138th Assembly District, according to Bronson, which is potentially enough to flip the race.

All of those ballots could, in theory, flip the race in Yudelson’s favor. But for that to happen, roughly 60 percent of the absentee ballots would have to include a vote for him. 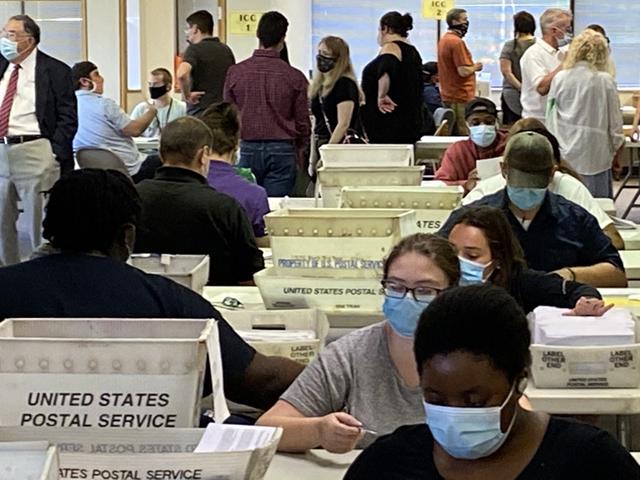 In the 136th Assembly District Democratic primary, Sarah Clark led with 64 percent of the 5,966 votes cast, while Justin Wilcox pulled in 30 percent and Nelson Lopatin got 6 percent. As of June 24, the Board of Elections received 6,513 returned absentee ballots from that district, and more certainly arrived between then and the June 30 cutoff.

Again, more voters in that district returned absentee ballots than visited polls. While the absentees could flip the results in that race, the odds aren’t great for that happening.

There’s a similar dynamic at play in the 56th Senate District race, where Jeremy Cooney pulled in 44 percent of the 9,180 votes cast at the polls, Sherita Traywick received 29 percent, and Hilda Rosario Escher got 26 percent.

In a pair of other races where the numbers are tighter, absentee ballots are crucial. In the 137th Assembly District Democratic primary, Demond Meeks received 48 percent of the 6,493 votes cast at the polls while Ernest Flagler-Mitchell received 35 percent, Ann Lewis received 15 percent, and Silvano Orsi received 3 percent. The contest at this point is really between Meeks and Flagler-Mitchell.

The elections commissioners, Republican Elections Commissioner Lisa Nicolay and acting Democratic Elections Commissioner LaShana Boose, have taken pains to reassure the public the results can be trusted after both were sharply and widely criticized over the administration of the primaries. Primary Day was plagued by reports of voters not getting absentee ballots for which they had applied, receiving the wrong ballots at their polling places, and not being told they had to sign in at separate tables for the presidential primary ballots and the ballot of the congressional, state, and local primaries.

Bronson also sued the board in a bid to secure judicial oversight over the ballot counting process. The court held off on issuing an order but gave Bronson the opportunity to file an amended complaint after voting day. He filed a new complaint, but a judge set a hearing on it for July 7, essentially making it irrelevant.

“The Board has complete confidence in the integrity of the staff who will be counting absentee ballots,” the news release reads. “This office and all the employees are here to protect the integrity of this process and ensure that every vote is counted.”

This article has been updated to correct a mathematical discrepancy.