Christmas and movie-watching go together like eggnog and bourbon. But just as everyone's holiday traditions are different, one's personal tastes in holiday movies also tends to vary wildly.

Some prefer sweet and sentimental films, while others opt for a more biting look at a season that can equally be identified with consumerism and loneliness.

So whether you're inclined more toward the gentle spirit of "Miracle on 34th Street" or the carnage of "Die Hard," and whether you want to watch those movies from the comfort of your own home, or would rather embrace the communal joy of watching in a theater full of strangers, CITY's back this year with a few more unconventional recommendations and local screenings to help make your holiday viewing festive in any way you choose.

Currently available on Netflix, "Klaus" is the streaming service's first original animated feature. Directed by Sergio Pablos, the film tells the story of the unlikely friendship between a postal academy student (Jason Schwartzman) stationed on a frozen island above the Arctic Circle, and Klaus (J.K. Simmons), a mysterious carpenter who lives alone in a cabin full of handmade toys. While the plot likely won't break the Christmas movie mold, the film's most notable for its distinctive (and increasingly rare to see) hand-drawn animation that looks absolutely gorgeous. It's just a shame most of us won't get to enjoy it on the big screen.

The rest of these recommended films are all available for home viewing through digital rental, various streaming services or, if you feel like bundling up to leave the house, through the Monroe County library system.

If you want to add a dose of gleefully tasteless, anarchic energy to your holidays, look no further than "Female Trouble" (1974) from Sultan of Sleaze John Waters. The transgressive cult film chronicles the life and times of Dawn Davenport (the great Divine), following her progression from bratty schoolgirl to crazed mass murderer — all stemming from her parents' refusal to buy her cha-cha heels for Christmas.

Charles Laughton's "The Night of the Hunter" (1955) is a nightmarish fable starring Robert Mitchum as a stone-cold psychopath posing as a preacher (famously tattooed with the words "Love" and "Hate" across his knuckles) who marries women, only to murder them for their money. With dreamlike imagery and an unhinged performance from Mitchum, the film builds to a memorably terrifying, Christmas-set climax.

The Yuletide holidays have birthed their share of cinematic stinkers, but occasionally they're baffling enough to merit a recommendation. Case in point is "Santa Claus: The Movie." This 1985 would-be blockbuster is a big ol' mess; it's the Santa origin story that no one needed, with hilariously blatant product placement, gaudy production design, and more elf-based puns than anyone should have to suffer through. It's basically the film equivalent of coal in your stocking, but with the right mix of strong nog and snarky viewing companions, watching it can still be a merry old time.

Celebrating its 20th anniversary this year, Doug Liman's crime-caper "Go" (1999) is one of my favorite alternative holiday movies — a thrilling, high-energy triptych of connected storylines centered around a drug deal and a (seriously fun-looking) Christmas-themed rave.

If you want to see some holiday-themed movies on the big screen, there's no shortage of options, both new and old.

Two holiday classics are getting brand new versions released in theaters this December. Greta Gerwig ("Lady Bird") adapts the beloved Louisa May Alcott novel "Little Women" (out December 25) with an all-star cast. As a bonus, the Little Theatre will be screening a 35mm film print. And if Christmas horror is more your speed, we're also getting a new take on the slasher classic "Black Christmas," (out December 13) about a group of sorority girls who are stalked by a stranger during their Christmas break.

Meanwhile, the Eastman Museum's Dryden Theatre will also be showing the film on Thursday, December 12, at 7:30 p.m. and Sunday, December 15, at 2 p.m. The December 12 screening will include a free meet-and-greet with actors Karolyn Grimes and Jimmy Hawkins (who play Zuzu and Tommy Bailey, respectively) starting at 6 p.m., followed by a special introduction before the film.

And the Dryden Theatre is also ready to fill your stocking with not one, but two holiday-themed film series on their schedule. First, there's Holidays at the Dryden, with some Christmas movie staples, including "The Apartment," "An Affair to Remember," and "Going My Way," starring Bing Crosby as the new young priest taking over a parish from an established old veteran. The highest-grossing picture of 1944, that film was nominated for ten Academy Awards, winning seven, including Best Picture. 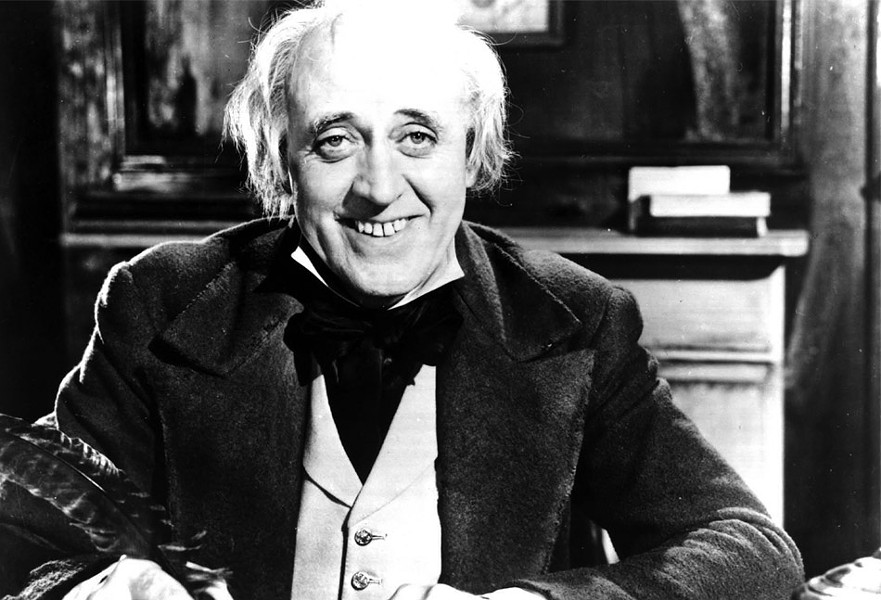 No Christmas is complete without watching some adaptation of "A Christmas Carol," and the Dryden has your chance to see a rare 35mm showing of 1951's "Scrooge," featuring a great performance from Alastair Sim as Ebenezer Scrooge, on Friday, December 20, 7:30 p.m. and Sunday, December 22, at 2 p.m.

Last but not least, the Little will screen two more Christmas favorites: the comedy "National Lampoon's Christmas Vacation" at 3 p.m. Saturday, December 14, along with "Gremlins" at 9:30 p.m. also on Saturday, Dec. 14. Both are part of The Little's Saturday Night Rewind, a monthly 35mm film series presented by the Little Theatre and Rochester-based horror t-shirt company Fright-Rags.