"We try to focus on producing quality music that transcends genres," says Dave "Davec" Cromwell of his team of musicmakers, Roc Music Group. That focus has made the four-year-old music production company one of the best known in Rochester.

Cromwell started RMG in 2002, along with his brother, Dorian "Big Brother Bass" Cromwell, and long-time collaborators Anthony "Grand Tone" Simmons, Paul "Paulie Walnutz" Boutte, and Roy "BattleRoy" Battle. Since then, the team has become a force to reckon with in the local and national community. "We've had the opportunity to work on gospel artist Kierra 'Kiki' Sheard's and gospel hip-hop artist DJ Maj's albums," says Grand Tone. Both albums were nominated for a Best Album GMA (gospel music's version of the Grammy Awards; held on April 5 this year). "We're currently working with r&b artists Lil' Mo, RL from [former r&b group] Next, and Coko from [former r&b trio] SWV."

RMG also does community work. They've collaborated with the teen outreach program In-Control (a partnership between Planned Parenthood, Baden Street Settlement, and the Urban League) to form Roc Music Business 101 --- an internship program to keep local students occupied and out of trouble. The program meets twice weekly at RMG's 439 Central Avenue home to learn about the business of music. All aspects are covered, from talent search to CD sales, all while developing the students' skills at the full-time recording studio, fully clad with keyboards, mixing boards, mics, headphones, the whole gambit. But, it's not all fun and games; In-Control filters in workshops on job skills, drug and pregnancy prevention, and leadership.

Over the years, RMG has evolved into an artist development and all-around entertainment company. They've produced several live events for the City of Rochester (Peace Fest, Rochester MusicFest, etc.). And they've sponsored showcases for some of the youths they work with so the aspiring stars can have a venue to perform the music they've created.

The Roc Music Group plans to broaden its clientele overseas, keeping its main goal in mind: "Without making music, it would stifle us as human beings," Davec says. "It's like breathing --- essential to our lives." 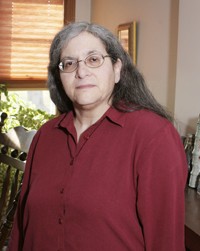 A delegation of Rochester area Catholics, led by Bishop Matthew Clark, joined other New York State Catholics in Albany last week, opposing the use of embryonic stem cells in research. They urged legislators instead to expand the use of adult stem cells which, they said, is "morally sound and ethically beneficial."

The move is in opposition to pleas by the University of Rochester and others that Albany support embryonic stem-cell research.

But the Catholics' message to legislators doesn't seem to reflect the attitudes of most New Yorkers. According to a new statewide poll by Zogby International, 84 percent of New Yorkers support embryonic stem-cell research, and 82 percent say that public funding for stem-cell research is important to them as voters.

In a report released in February by the UR, titled "New York and Stem Cell Research," presidents from more than a dozen of the state's leading universities noted restrictions on embryonic stem-cell research imposed by the federal government. Because of that, the universities said, Albany's failure to fund embryonic stem-cell research will cost the state economically. The report cites the loss of business development from future research and the loss of scientists to states offering better opportunities in the field. New York risks lagging behind states like California, which are investing in stem-cell research.

"We are getting further behind the competition for our stake in this emerging industry," says Bob Reid of Winegarten & Reid, a lobbyist on behalf of the organization New Yorkers for the Advancement of Medical Research. "This is a field where medical science and technology will merge with profound implications not unlike the advances made in the high-tech industry 30 years ago."

"The positive is that we have this huge pool of bio research talent, perhaps the largest of anywhere in the world," says Reid, "but we could lose that talent because they will go to work where cutting-edge research is actually supported."

NYMAR spokesperson Linda Herman, who suffers from Parkinson's disease, says the group has been lobbying Albany for three years, and the delays have been frustrating.

"The Assembly is on board," she says, "but the Senate has been dragging its feet. I think this new poll should show them that across all political lines and different faiths, people want this research to go forward. Political delay that produces nothing is actually worse for them. This is a medical question, a scientific question. And we've done a very good job in the last three years of helping them [legislators] understand that, but it has taken so long."

So far, the Assemblyremains at odds with the Senate and Governor Pataki on the issue. The Assembly passed a bill (sponsored by Speaker Sheldon Silver) early in January that would create a New York State Institute for Stem Cell Research and Regenerative Medicine to fund the research. It's been forwarded to the Senate, but no action has been taken on it.

Later in January, Pataki and Senate Majority Leader Joe Bruno proposed a $200 million challenge-grant initiative for all types of biomedical and biotech research as part of the budget. Any project getting that funding would need to pass a state board of ethics.

"The plan does not exclude stem cell research [but] there are other things besides that," Bruno spokesperson Mark Hansen told City Newspaper. "We feel that's the best way to go about it."

Each side accuses the other of politicizing the issue.

In a statement e-mailed from a spokesperson, Assemblymember Joe Morelle said: "It is a very important issue, but because the governor will not show leadership in this area it is likely to go unaddressed until next year. I believe we are missing extraordinary opportunities to extend our knowledge in this field of science, as well as develop the economy and alleviate disease."

"We leave science to the scientists," counters State Senator Joe Robach. Still, Robach admits that "anyone who's paying attention realizes the economic synergies these research facilities provide." And though he says he can't predict exactly how much it will be, "at the end of the day [Rochester and other research hubs will] probably get a significant amount of capital," he says.

MonroeCommunity College needs a new dorm ---and how that dorm gets built is shaping up to be a real battle. The issue: labor costs.

The MCC project hasn't escaped the attention of local labor unions, whose workers stand to lose if it goes forward, or of their Democratic allies in the CountyLegislature. And at least in theory, the legislature could block the dorm, since as MCC'strustee, it needs to sign off on the sale of the land.

At the March 1 meeting of the legislature's Ways and Means Committee Paul Haney grilled MCC President Tom Flynn about some of the issues --- like bidding and prevailing wages --- that the arrangement would sidestep. Flynn said the project would cost about $18.4 million and that DiMarco Construction, the same firm that built the first MCC dorm, would be building a nearly identical one. The previous dorm, built in 2003, had 40 more beds than the proposed dorm, and cost $16.3 million. Flynn also said that the project would be "fully bonded through COMIDA" (the county's industrial development agency) and therefore would be required to use local labor.

But Haney continued to push on the issue of public bidding for the contract.

"We're confident we have the most cost-effective price," Flynn said, at more than one point.

"But until we ask other firms, we don't know, right?" asked Haney.

"It's very costly to do that," replied Flynn.

It's tough to even get a second opinion on DiMarco's price tag, Haney discovered during the course of questioning Flynn. Since the firm also designed the building, the blueprints are considered proprietary and aren't available for public scrutiny.

"You are going to pay 10 to 30 percent more" with prevailing wages, Quattro said. "Let's not lose sight of the fact that these people need affordable housing on campus."

Flynn went even further, saying "If we had to pay prevailing wages we'd have to cancel the project."

Those are exactly the words labor unions had hoped they wouldn't hear.

Speaking to the full legislature at its March 14 meeting, Rochester Building Trades President Dan Conte his union is not supporting the project because "it is not subject to the guarantees of prevailing wages for construction workers."

At that meeting, the legislature set a date for a public hearing on the sale at its next meeting, 6:15 p.m. April 11.

Washington officials appear to be taking Rochester's new lead-paint legislation seriously. Senator Hillary Clinton and US Health and Human Services Secretary Mike Leavitt have tentative plans to visit School 17 on March 27 to talk about federal funding for lead remediation, says Derrick Hazle, executive director of the Coalition to Prevent Lead Poisoning. Hazle says his group asked the feds for $2 million to help both the city and landlords.

City officials and anti-lead lobbyists won a decisive victory in Albany last week when the state's code council OK'd the city's new legislation. The council, which reviews local laws deemed more stringent than the state's, decided that the legislation was a health, not a political, issue. The new legislation is set to take affect July 1.

But at last week's City Council meeting, landlords afraid that the legislation will be a financial hardship also won a small victory. When councilmembers passed the lead legislation late last year, they decided that all Rochester rental housing would be subject to a visual inspection. But properties inside a target area where most elevated lead cases were occurring would have to pass a more stringent dust-wipe test. That rule applied not only to the interior of buildings but also to open porches, and some landlords said that would punish them for airborne lead-paint particles they hadn't caused. At their March 14 meeting, City Councilmembers decided that the porch standard violated federal regulations, and they made porches subject to visual inspections only.

Democrats are hoping that this year will be for them what 1994 was for Republicans. And if a change in party control in the House is going to happen, this region could be an important one. But despite that, when Monroe County Democrats announced their endorsements for Congressional races last week, the news didn't generate much buzz.

In one of the districts --- the 26th, now held by Tom Reynolds --- the Dems have yet to officially field a candidate, though independent millionaire Jack Davis is expected to run again. In two more, the Dems' field has already been narrowed to a single candidate. In the 28th, that's Hill stalwart Louise Slaughter; in the 29th --- likely facing off against freshman Republican Randy Kuhl --- it's Eric Massa.

That leaves just one primary where last week's announcement might hold some sway. In the 25th district, now held by Jim Walsh, Monroe County Dems endorsed OnondagaCounty's Dan Maffei over local candidate Paloma Capanna and dark horse Ken Howland of Cayuga. Capanna did her best to offset the news by issuing two press releases --- one an endorsement from Assemblymember David Koon and the other a preemptive attack on Bush's National Security Strategy.