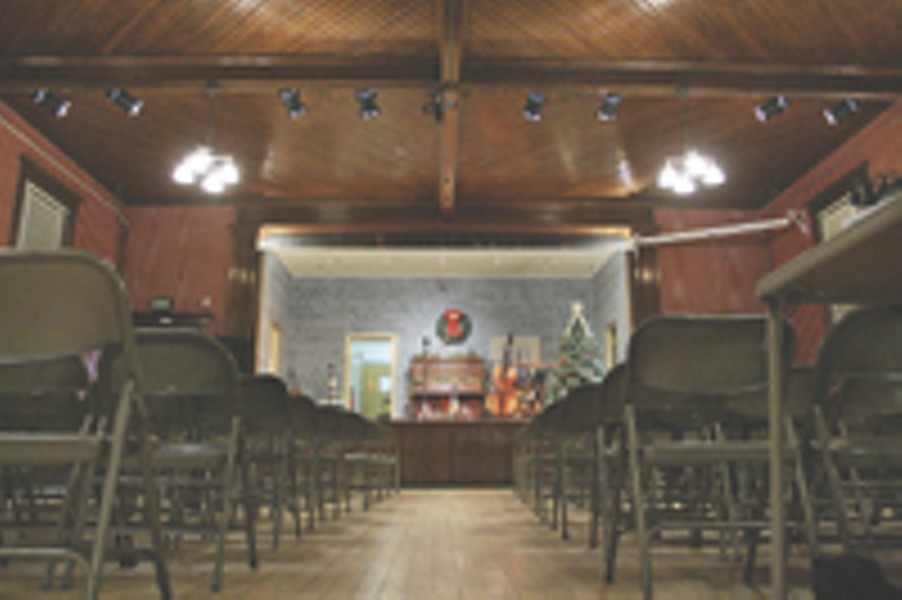 Sounds of the swamp

Terry Lindsey loves all styles of music, but he has a particular fondness for Cajun and zydeco, the ebullient sounds of southern Louisiana.

"It's good-time music," he says. "It's rootsy. It's music to dance to, not just sit and stare at. You drink a beer, get out on the floor to dance, then drink another beer."

That devotion led Lindsey to become an organizer in the Rochester Cajun Zydeco Network, a group of local devotees whose goal is, in Lindsey's words, "to bring zydeco to town."

RCZN was launched more than four years ago, spearheaded by Bruce Handelman, whom Lindsey calls the group's "guiding light" and who has since turned over much of the leadership duties to Lindsey and others. At this point, the network organizes eight to 10 zydeco shows a year, spread out from September to June.

One of RCZN's biggest efforts was a concert by zydeco superstar CJ Chenier at New Orleans Louisiana Barbecue. Most of the group's concerts, however, are held at the Harmony House in Webster, a venue Lindsey says is perfect and cozy for the audience, usually around 100 to 150 people.

In the wake of Hurricanes Katrina and Rita, RCZN has also launched efforts to raise funds for affected residents in Louisiana in general and Cajun musicians in particular.

"So many of us have connections to New Orleans and Louisiana and love this music that we decided to raise some money," Lindsey says.

In September, RCZN hosted Louisiana musician Leroy Thomas for the group's first fundraiser for the Red Cross. A month later, the network opened the doors of Harmony House for a three-band show that raised more than $600 specifically for Louisiana musicians through Project HEAL (Helping Employ Artists Locally). The group's raised about $1300 total so far.

Lindsey says RCZN continues to plan future zydeco shows. In the meantime, he and others will continue to bring the sounds of the Cajun swamps --- in his words, "a gumbo of Louisiana music" --- to the people.

For more information on the Rochester Cajun Zydeco Network, call Lindsey at 271-7607 or go to www.RochesterZydeco.com.

They just said 'no'

In September, the Rochester school district began sending letters to parents of its high-school students, telling them they could refuse to let their child's name and personal data be given to military recruiters. The letters accompanied the district's "emergency contact" forms, which parents were asked to complete and return.

The results have been coming in, and they don't bode well for recruiters. The district has received more than 1,800 letters, and only 138 permit the district to give the military the information.

"It's possible that these students were already thinking of entering the service," says School Board member Willa Powell. "And that's the point, to give parents and students the option of hearing from the recruiters that they want to hear from."

The federal No Child Left Behind Act requires schools to give military recruiters information about students such as phone numbers, addresses, and academic records, unless parents object. Failure to do so could result in the loss of federal funding. The challenge for school districts has been finding the best way to inform parents about their privacy rights while not jeopardizing their funding.

"Our form specifically references college recruiters, potential employers, and military recruiters," says Powell. "The military is not being singled out. This is private and personal information, and we want parents to tell us who should be getting it."

Powell, who helped draft the school district's new policy, says she understands how important students' information is to the military. "They really do need it in order to meet their recruitment goals, especially today, given the situation in Iraq," she says.

Powell says she doesn't believe the district's new policy will cause problems with the Pentagon. The Fairport school district has a similar policy, which has been approved by the Pentagon.

When the current City Council meets for its last time, on December 20, it will vote on one of the most controversial pieces of legislation it has handled this year: a lead-abatement law.

Under the law, apartments built before 1978 that have deteriorated paint indoors or outdoors will be cited for violations. To get a new Certificate of Occupancy --- which they must have in order to rent their apartments --- landlords will have to correct the problem and pass another inspection.

City law already requires rental units to be inspected every five years for a new C of O; the new law adds lead-based paint to the list of possible violations for pre-1978 units. That means that by the end of five years, all of those units will have been inspected. In addition, the proposed law targets inspections in the 39 inner-city census tracts where lead-poisoning has been the highest. In those areas, city officials expect that all rental properties will have been inspected within three years.

A coalition of property owners has been fighting the legislation, saying it will be too costly for many landlords to pay for remediation. The city's Environmental Impact Statement said that the rental market can absorb the costs, but City Council staff have disagreed, saying that some landlords may find remediation too expensive and may abandon their property.

The legislation also asks the County Health Department and the Coalition to Prevent Lead Poisoning to create --- and fund --- a public-information campaign to raise awareness about the dangers of lead poisoning. And it calls for a voluntary program for owner-occupied housing. Some proponents wanted the law to apply to all pre-1978 housing, but the EIS projected that that would cause extensive abandonment of owner-occupied housing in nine neighborhoods.

The December 20 Council meeting begins at 8 p.m., with a "speak to Council" period starting at 7.

Bricks and mortar will not stay

It was a call to arms for the preservation of the region's historic architecture: this past summer, one side of the parapet on the 100-year-old Bevier Building (42 South Washington Street) came crashing down. The building, designed by architect Claude Bragdon, is noticeable for its colorful tilework above the windows, a hallmark of Bragdon's style.

Peter Siegrist, director of preservation services at the Landmark Society, says that while the BevierBuilding is always on the Society's list of buildings that need attention, the parapet was a decorative element that most likely came down from years of snow and rain pitching onto it.

"The parapet is what we called 'eccentric' to the walls," says Siegrist. Highly detailed, he says, it will be challenging to replace.

"It took off an attractive, large element," Siegrist says.

But Siegrist says he and the Landmark Society feel that the building is in good hands with Buckingham Properties, which has owned the building for the past year.

Buckingham CEO Larry Glazer says the company is looking at different options for repairing the parapet. Structurally, the building --- which sits "completely idle" now, he says --- is sound, but it will need cosmetic work, whether it's used for commercial or residential space.

City Council documents rarely rise to the level of art. Until now.

With less than a month remaining in office, Mayor Bill Johnson has his baby to save: next summer's Rochester MusicFest, the 12th annual. Johnson created the festival during his second year in office, and it's been a trademark of his administration ever since. It's not nicknamed the "Mayor's Music Fest" for nothing.

If City Council approves his request, Johnson will have his festival for at least one more year. He's asking Council to hire Lead Dog Marketing to run the event again, and he wants Council to allocate $590,000 out of this fiscal year's budget and another $60,000 from the 2006-07 budget. He also wants Council to approve $180,000 in funding from the MusicFest trust fund.

The 2006 MusicFest may be a shoo-in, but it's anybody's guess what Mayor-elect Bob Duffy will do about future festivals. In defense of the event, Johnson fashioned his funding request as a veritable song of praise, citing its contribution to the region's quality of life, its contribution to the local economy, and coverage by such national media as BET.

In his transmittal letter to City Council, Johnson says the festival is "an anchor of Rochester's summer festival season," "one of the largest urban festivals in the northeast," "one of the only events of its kind in this part of the country that attracts a primarily (90 percent) African American audience," "a 'must attend' staple for thousands of African American residents and visitors."

Council will vote on the request at its last meeting of the year, on December 20.

Who says art can't put a roof over your head?

The $186,000 budget for the shelters was cobbled together from a number of sources: the City of Rochester, RGRTA, State Senator Jim Alesi, the MemorialArtGallery, Arts and Cultural Council for Greater Rochester, Citibank, and Gleason Works. Each chosen artist will get up to $44,000 in commission. Some runners-up will receive honorariums.

The three winning shelters will go up in 2007, when the approximately 250 people who now wait for the bus each day along University can wait in style.

More information is available at www.rochesterARTWalk.org, 234-6670.