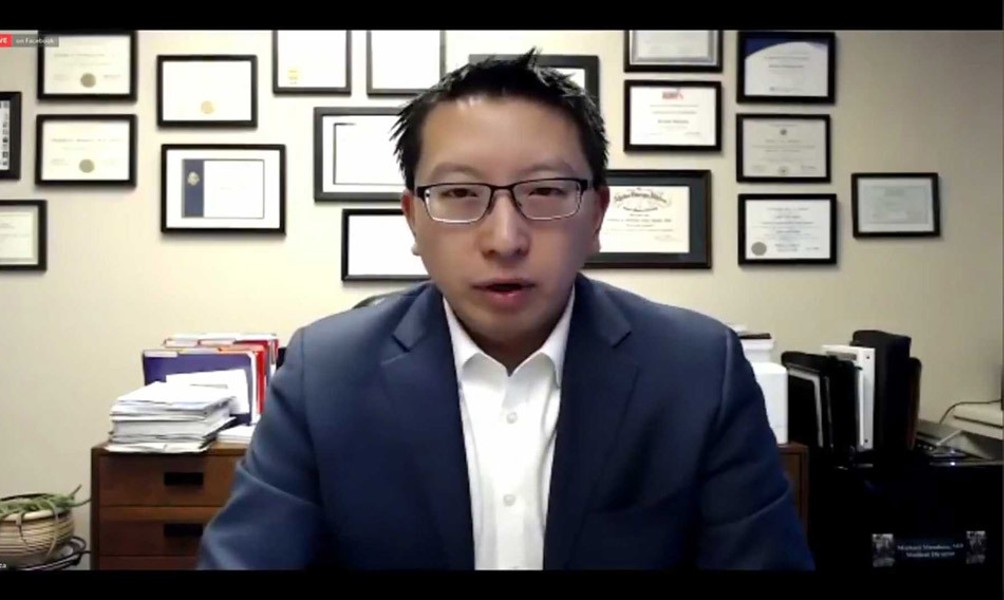 He made his remarks at a news conference where he was joined virtually by County Executive Adam Bello and President of the Greater Rochester Chamber of Commerce CEO Bob Duffy shortly after scores of protesters gathered in downtown Rochester calling for the economy to reopen.

Flattening the curve, in this context, means the number of hospital admittances for COVID-19 have remained steady day over day and haven’t overburdened the system.

Mendoza said the number of coronavirus patients receiving treatments in area hospitals has hovered at around 100 “for some weeks,” adding that the figure was within the hospital systems’ capacity to serve.

But, he cautioned that relaxing restrictions too hastily would likely expose more people to the virus and a surge of infections that would wipe away weeks of progress.

“If we open too quickly, or if we let go of all of the things we’ve done as a community to keep the curve flat, then we ultimately threaten our ability to open things down the road,” Mendoza said.

The county Health Department announced later in the day that it had confirmed 40 new cases and six deaths. Ninety-nine of the patients were hospitalized, according to the county.

Governor Andrew Cuomo said this week that some construction and manufacturing businesses would reopen in mid-May. What comes after that is murky, as the state has not made any decision on when other businesses will be permitted to open.

Duffy, who served as lieutenant governor under Cuomo and was recently tapped by the governor to advise the state on the Finger Lakes reopening strategy, said there was no plan currently for a second phase of reopenings.

“We literally have no idea,” Duffy said. “We’re in contact with the governor’s team almost daily, it’s yet to be determined. It’s going to be public health data that will drive decisions.”

Bello said striking a balance of reopening quickly and safely is paramount.

“Regardless of when and how we reopen, we’ve got to do it in a way that’s responsible, and doesn’t throw away the hard work that we’ve been doing to slow that spread,” Bello said.

“I understand why people are protesting, and I understand the frustration,” he added. “We’ve been at this a long time, the economy is suffering and people are hurting.”

Along with the economic constraints are the weights of physical distancing guidelines. Mendoza said there is also no timetable for lifting those restrictions.

The public health commissioner said while the willful participation of the community has helped curb a more devastating impact from the pandemic, a continued effort is needed to avoid a worse crisis.

“Even a small surge can set us back a far way than if we just had been a little more patient for a little longer,” Mendoza said. “That’s the challenge we have to face, and I’d be lying to you if I said it was easy, because this is new to all of us.”