Get to know Rebecca, Leah, Adam, David, Frank, and Jake

I'm the Arts & Entertainment staff writer for City, and a freelance writer with work published in 12oz Prophet and Afterimage, among other publications.

This is my fifth year covering the Rochester Fringe Festival, and I'm excited to check out more than 20 shows, especially, Denton Crawford's "Savage Sanctuaries" exhibit at Gallery r; the return of Hnossa Project, with an experimental theatre take on "East of the Sun, West of the Moon" -- a favorite tale since childhood -- at Writers & Books; and TheatreROCS's "The A-is-for-Abortion Play," which promises to give personal voice to this highly politicized topic. Follow me on Twitter @rsrafferty, or on Instagram @iconoclassed.

For Rebecca's picks for can't miss shows at this year's Fringe, click here.

I am a full-time college professor and freelance journalist who eagerly anticipates the Rochester Fringe Festival every year. Though my specialization is in theater, I love any risky (new) artistic work.

During the 2014 Fringe, I wrote a sold-out show about female journalists at Geva Theatre, and this year, I'm presenting a one-act show about the Internet which will play at Writers & Books. In addition to performing every once in a while, I love to support Rochester's arts scene by attending shows all year long. And when I'm not freelancing, you can find me at Nazareth College teaching media and communication classes or creating content and events for BoomtownTable.com. Keep up with me on Twitter @leahstacy.

You can learn more about the Fringe shows Leah is excited to see by clicking here. 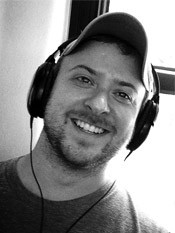 This is my fourth year covering the Rochester Fringe Festival for City, and while I've got a long list of shows I'm looking forward to seeing -- "Ruts! The Oregon Trail Experience," "Murder Night," "Xeno 911," and "Grimms' Mad Tales" currently top my list -- by now I've learned that my favorite acts often end up being the ones that weren't even on my radar to begin with. It's the joy of discovery that keeps me excited and coming back to Fringe each year.

I hope you get to check out some of the movies showing at the festival's Pedestrian Drive-In over the next 10 days -- I helped curate, and I'm pretty excited about the lineup. As programmer and writer for the ImageOut Film Festival, as well as City's resident film critic, the rest of my time is spent loitering in Rochester's many fine movie houses. As the week marches on, I'll mostly be surviving on a steady diet of iced coffee, popcorn, and dreams, but as long as you don't mind a likely-delirious, sleep-deprived response, feel free to shoot me a tweet @adamlubitow.

Read Adam's picks for this year's Fringe by clicking here.

I've covered musical events and theater (and a few other subjects) as a City freelance writer and a staff member since the last half of the 20th century. A musical revue which I co-produced, "Victorian Valentine," was performed in last year's Fringe, but for the 2016 edition, I'm looking forward to be being a spectator and commentator for what appear to be some very interesting theatrical and musical performances.

You can read about those interesting performances here. 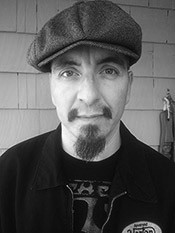 Hey kids, it's your pal Frank about to give you the nightly wrap-up: the what for, the why is, and the when by regarding this year's Fringe. I've been doing stuff like this for City for 17 years.

I'll be stomping around downtown for the next week or so just a-diggin' the Fringe and looking extra close -- it's that whole forest for the trees dilemma, donchyaknow. You see, I'm fringy myself.

What really sends me about Fringe is the air: that cool mix of dead leaves and high expectations. It's a collision of artists in all mediums and the pre-autumn balminess that's perfect for a third or fourth date (wink wink) and the yammering and hammering going on in virtually every venue in the city. And I'm on twitter now (@frank_deblase) so you can follow me there, or here ... or on foot. C'mon we'll make our own parade.

Check out what Frank is digging at this year's Fringe here.

How could you not be excited for this? The fall weather is creeping in; there's a beautiful Spiegeltent at the corner of Gibbs and Main; and there is about to be a 10-day whirlwind of performances that you won't find anywhere else during the year. More than 500 events; unique settings; and artists pushing the boundaries of what is considered "traditional" in their genres -- it's hard not to love the Rochester Fringe Festival.

While I will be out and about covering my share of performances, as City's Arts & Entertainment editor, I will spend the next week mostly burning the midnight oil, coordinating coverage, tweeting, and helping our writers review their shows. It's going to be an exciting week, and we want to help you figure out how to make the most of the Fringe.

You can keep up with my thoughts on this year's Fringe (or we can just talk about the new Wilco album) on Twitter @jake_clapp.