Meet the people who light up Rochester's skyline

February 11, 2020
Sitting in the lobby of a downtown Rochester office building on South Clinton Avenue on a gloomy February morning, a man in a grey sweater pulls out his cell phone and goes to work. He ta ps the screen and a gradient color wheel appears. He slides the wheel to green.

Across the street, the trim and spire of the Legacy Tower, the old Bausch and Lomb building, changes color. 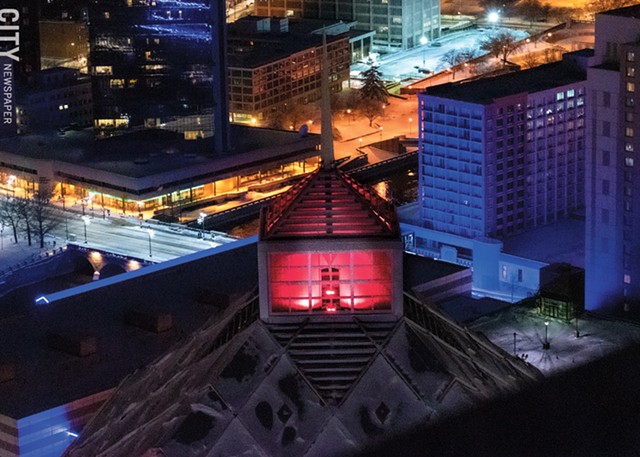 “It’s a little hard to see in the daytime, but now it’s lit up green,” he said.

In recent months, there has been a sense of whimsy and coordination in the glow of the colored lights atop the city’s highest towers. In January, they shone a calming blue. Over the holiday season, the towers took on a festive flair with tones of red and green.
Their soft, luminescent kiss to the Rochester skyline has many wondering who is behind the lights.

His name is Mark Glickman, the head of facilities at Buckingham Properties, the development company that owns many of downtown’s most recognizable structures, and an app on his phone is the switch that lights up the night. 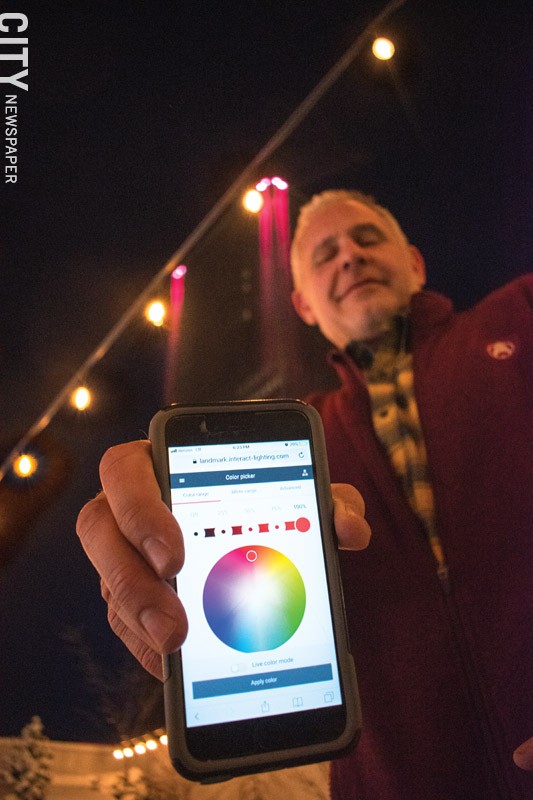 Illuminating the skyline was the brainchild of Amy Olds, the company’s head of marketing. She initially coordinated lights on Buckingham buildings, including Tower280, the Legacy Tower, and 100 South Clinton.

Then, in October, she launched Lights on ROC, an initiative involving an informal agreement with other city building owners to encourage Rochester to glow in tandem. One East Avenue, Three City Center, and City Hall have all jumped on board in aligning their lights to convey different messages, memorials, and celebrations.

The blue in January, for example, represented colo-rectal cancer awareness. The lights will turn red next week in honor of Susan B. Anthony’s 200th birthday, which lands on February 15.

Ever wonder how the colored lights downtown are controlled and coordinated? I got an up close look this weekend. Full story in tomorrow’s @roccitynews @CityRochesterNY pic.twitter.com/nYaNk6pmPG

“This all happened very organically,” Olds said. “Most of the modern buildings downtown already have the ability to do this, so it was just a matter of getting them all to work together.”

From the Lights on Roc website, people can submit their choice for the next color the buildings will light up.

“It’s one of those cool little things that gets the community involved,” Olds said.

The ColorKinetics LED system used in the towers is similar to any other smart home lighting system. Some of the buildings have large, LED light fixtures which light up the tops of the towers, while others have thin light strips wrapping around their exteriors.

“It’s amazing just how thin those strips are and how much they light up,” Glickman said.

While the coordinated lighting started in fall, many of the buildings have had the ability to light up different colors for several years. 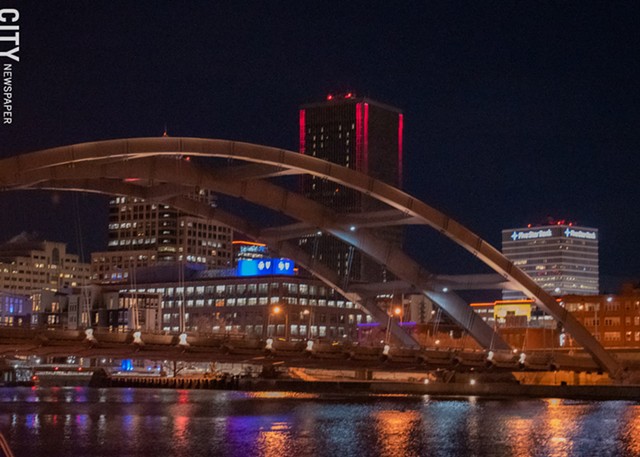 The Rundel Memorial Library was one of the first to receive a color-programmable exterior LED system. In September 2014, the library lit up blue in homage to slain Rochester Police Officer Darryl Pierson.

When a color is chosen, Glickman sets the lights to a timer on his phone that turns them on from “dusk until dawn.”

For Rochester, Lights on Roc was an initiative that played right into the hands of revitalization initiatives like ROC the Riverway, albeit with little input from the government.

“This isn’t a thing that’s regulated in anyway, but we’re really glad to be a part of,” said Justin Roj, a City Hall spokesperson. “Amy had this idea to let people over time give the city a different color, and we already had all of the required equipment to do it here at City Hall.”

Glickman’s day job involves managing Buckingham’s large downtown buildings and parking garages. It is largely a behind-the-scenes effort, making the lights the most visible aspects of his work. 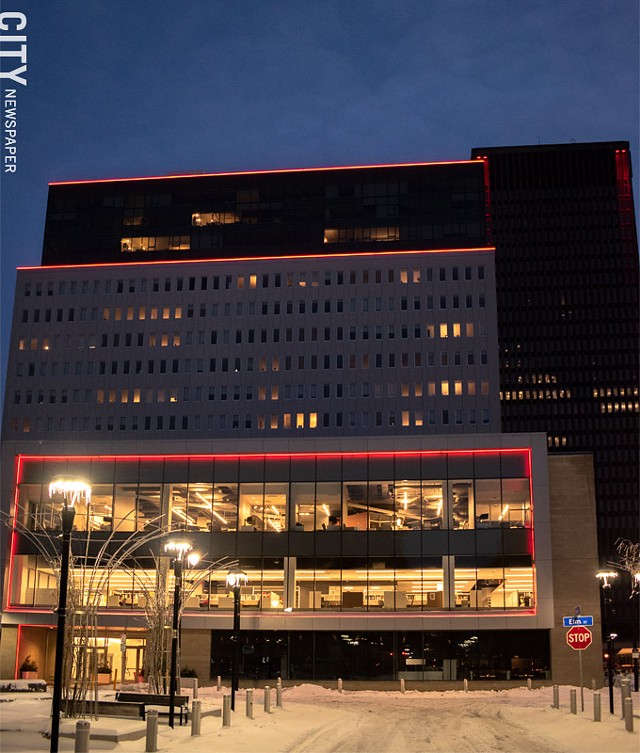 He personally sees them every night from the window of his home in Tower280. They are a subtle touch that he said makes a major impact in the atmosphere of downtown.

“The dynamic of downtown has changed a lot in the past five years, with all of the festivals and everything,” Glickman said. “When people come down here now, it looks like a vibrant city and not just a bunch of dark buildings at night.”