That one of four Democrats will occupy the Assembly seat long held by David Gantt was all but a certainty going into Tuesday’s primary — but which one it will be hangs in the balance.

None of the candidates garnered enough votes through early voting or at the ballot box on Tuesday for a winner to be determined, leaving the outcome of the race for the 137th Assembly District to the tallying of thousands of absentee ballots that were cast.

But as of the close of the polls, the race had appeared to come down to union organizer Demond Meeks and Monroe County Legislator Ernest Flagler-Mitchell.

Meeks  led with about 48 percent of the vote to Flager-Mitchell's 34 percent. The difference in the number of votes between them was about 880.

Absentee ballots cannot, by law, be tallied until after June 30, the deadline for them to arrive by mail at the Monroe County Board of Elections. They must be postmarked June 23, the day of the primary.

With no Republican candidate on the horizon in the 137 Assembly District, which covers Rochester and parts of Gates and where enrolled Democrats outnumber Republicans nearly 2 to 1, the Democratic candidate who wins the primary will likely cruise to victory in November.

In addition to Flagler-Mitchell and Meeks, the candidates were Ann Lewis and Silvano Orsi.

Flagler-Mitchell and Meeks went into the primary with considerable fundraising advantages over their opponents, according to campaign finance disclosures filed with the state Board of Elections. Lewis and Orsi had raised and spent little to nothing, the filings show.

But Lewis had experience running a relatively effective Assembly campaign in the district. In 2018, she tested Gantt in a primary and garnered over 40 percent of the vote. 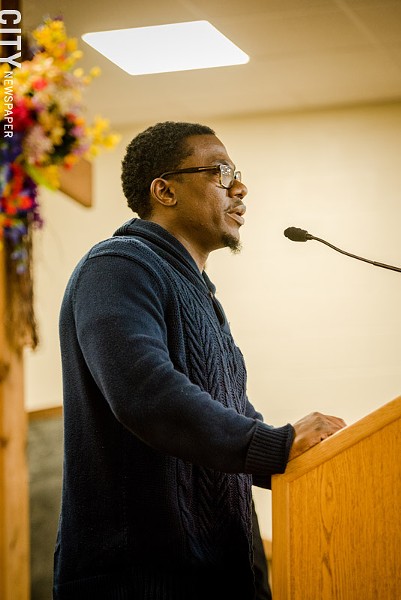 Orsi, who made his name championing the city’s Little Italy Historic District, was perhaps the least visible of the candidates, although political signs bearing his name are on display in the “Little Italy” neighborhood.

The seat, or alternate versions of the district, has been occupied by Gantt since 1983. He held on to power long enough to be known as the “dean” of the Rochester delegation in Albany and chair the Assembly Transportation Committee.

Earlier this year, Gantt, 78, announced that he would not seek re-election. He has suffered health problems that in recent years often kept him from attending to business in Albany.

Gantt threw his weight behind Flagler-Mitchell, the candidate of choice of the county Democratic party. Campaign finance filings show Gantt’s property management company made a $1,000 donation to Flagler-Mitchell’s campaign, which had raised about $19,000.

Meeks, a union organizer with 1199SEIU, had out-raised all the candidates, bringing in some $34,000 as of the latest filing early this month. Much of his support came from labor unions and individuals active in organized labor.