Rochester Police statistics show shootings have risen to at least a 10-year high, with 267 so far this year as of Monday.

In a meeting with City Council and new interim Police Chief Cynthia Herriott last week, Rochester Mayor Lovely Warren expressed concern about the shootings, along with increased incidents of rape and burglary.

“The 208,000 citizens of Rochester, they’re looking for an answer for that type of situation that’s happening,” said Warren, who tied the increases to social unrest and the COVID-19 pandemic. 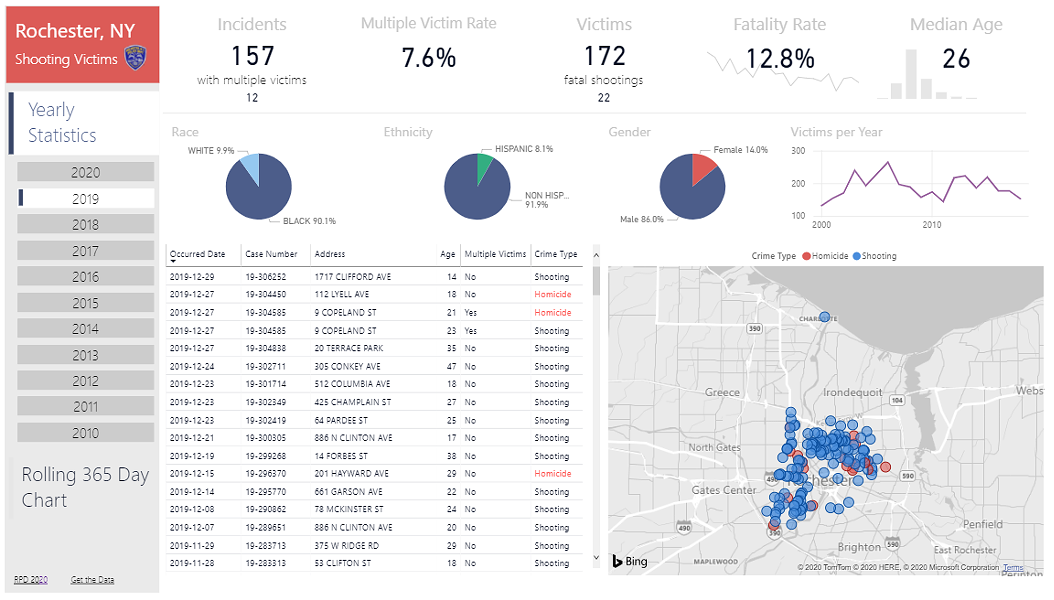 The department’s open data portal goes back to 2010. The previous high was in 2013, with 224 shootings. Last year, there were 172 to date. The department did not respond to requests for statistics from previous years.

After a summer of calls to defund the police, footage of Daniel Prude suffocating in police custody surfaced, sparking daily protests. Within a month, Rochester Police Chief La’Ron Singletary was fired and much of the department’s command staff opted to retire or take demotions.

“We know that there are some things we need to change,” said Warren. “But we also know that we need to get back to doing the work, because we have citizens that are being affected, daily, by the changes that are needed.”
Council President Loretta Scott called the numbers sobering.

“I think we all in very recent weeks and months kind of got this timbre,” said Scott, “of it's almost like this undertone of lawlessness, although you might not be directly affected, you feel it, you sense it, you read the headlines.”

Warren said handling the crime spike must be Herriott’s top priority. She took over the department almost two weeks ago.