The three of them face two charges, including illegal coordination between political committees for the purpose of evading donor limits and participating in a scheme to defraud in the first degree.
Both charges are classified as nonviolent Class E felonies, which carry penalties that range from no jail time, to probation, to up to four years in prison.

Mayor Lovely Warren indicted by grand jury on alleged campaign finance violations
Warren faces charges of illegally coordinating political committees for the purpose of evading donor limits and participating in a scheme to defraud.
By David Andreatta
News
The arraignment took place in Monroe County Court in downtown Rochester, but the proceeding was presided over by Cayuga County Court Judge Thomas Leone.

Outside the courthouse while the mayor was being arraigned, a throng of supporters gathered and sang religious hymns while they awaited entry or word from what was happening inside. Capacity restrictions due to the pandemic limited the number of people allowed inside the courthouse. 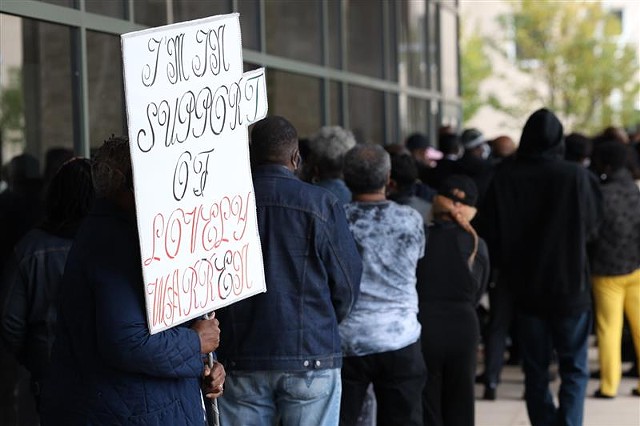 Pastor Cynthia Anderson, of Faith Bible Tabernacle Center, was among the supporters. She said the charges against Warren were an attempt to tarnish her reputation and referred to the case as “demonic”.

“We’re not scared of nobody with their accusations,” Anderson said. “We’re going to fight this in prayer, because that's what we do.”

Some  supporters said they were there because of Warren's accomplishments in office. Zedrick Wilson, who held a sign that read, "We still believe," said he would vote for Warren again.

“I’ve seen her create jobs for so many people,” Wilson said. 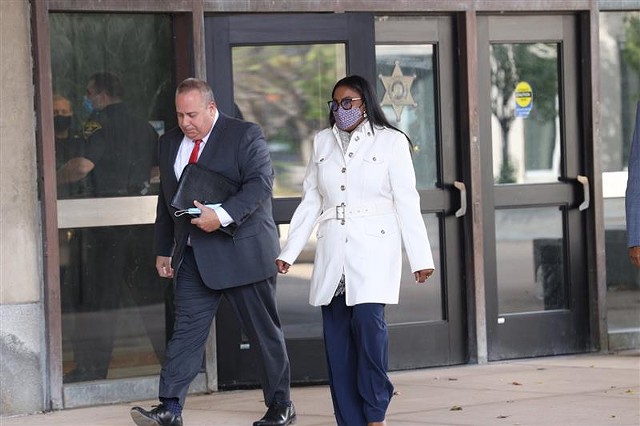 The arraignment took only a few minutes, with Warren answering a few brief questions from the judge after her lawyer, Joseph Damelio, entered a plea of not guilty on her behalf.

The judge asked Warren, who sat masked and in the front row of the gallery,  whether she understood the charges and his instructions that she was to stay in touch with her lawyer and appear in court for scheduled hearings. She said she did.

Leone set dates of Dec. 7 and 17 for the defense and the prosecution, respectively, to submit pre-trial briefs, and scheduled an oral argument on those motions for Jan. 12 at 2 p.m.

The case appears to hinge on the findings of state Board of Elections investigators.

In March, the board's chief investigator, Risa Sugarman, forwarded a copy of a 35-page report to the Monroe County District Attorney's Office that found "considerable evidence" that Warren, Brooks-Harris, and Jones conspired to circumvent state limits on campaign donations.

That report pointed to, among other things, transfers of funds between Warren's campaign committee and her political action committee. There is no timeline for a trial, although Damelio has said that he hopes a trial could be expedited, noting that Warren has signaled her intent to run for re-election next year.

"She welcomes the opportunity for the public to see whether or not the district attorney's hold any water or if there's a failure in those charges," Damelio said following the arraignment. "It's our position that they will not be able to meet their burden of proof."

Damelio said he would ask the court to examine the grand jury proceedings and determine whether there was sufficient evidence to bring the charges and whether the proceedings were defective.

Monroe County District Attorney Sandra Doorley, in announcing the charges against Warren last week, said she expected a trial could be some time away. She noted that Monroe County just recently began holding jury trials again since the outset of the pandemic and that those trials are scheduled for one per week. "This could be quite, you know, a long process, and we anticipate there will be challenges along the way," Doorley said, "so I don't think this is anything that will be resolved quickly, in my opinion."

Warren exited the courthouse while her co-defendants were still being arraigned inside and did not take questions from reporters.