January 14, 2020
Charlotte residents received a letter recently from Mayor Lovely Warren accusing their newly-elected City Council member, Jose Peo, of lying to them about the process to develop the Port of Rochester and suggesting he wanted to steer the project to a preferred developer.

“Recently . . . Mr. Peo shared false information regarding the potential development of Parcel 1 in Charlotte, which is unfortunate because Mr. Peo knows that these assertions are simply a lie,” Warren wrote on January 8. 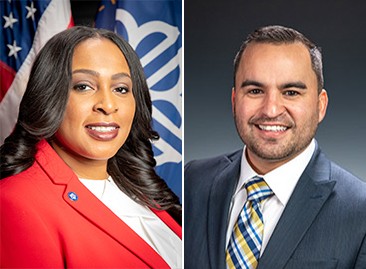 The letter went on to say that Peo was either “unaware” of the development process or “wants to wrongfully steer the project to his chosen developer.”

It was an unusually sharp rebuke from the mayor in response to a report by Peo in the latest edition of the Charlotte Community Association newsletter that stated an out-of-town developer described being “hand-picked” by the mayor to develop the port and asked, “Where is the transparency behind such decisions?” Peo also wrote that “(his) own developers” would soon be meeting with neighborhood residents.

Peo was among two dozen residents who in December met with the developer in question, Clifford Turner, of Land Development Services Inc., out of Louisville, Kentucky, and Ruth Brooks Ward, a local real estate agent and donor to the mayor’s campaign fund who acted as his local liaison to the neighborhood.

Attendees, including Peo, described Turner and Ward as giving the impression that the mayor backed their plans to build a 50-unit hotel and 20 condominiums on a parcel at Lake Avenue for which the city recently issued a request for proposals.

Reached by telephone, Turner denied telling residents that he had been “hand-picked” by the mayor and said he has never spoken with her about the project. He cast the meeting as a fact-finding mission to better learn what Charlotte residents wanted for the location.

Brooks Ward, in a phone interview, also denied suggesting at the meeting that the mayor supported Turner's project.

"There was no misunderstanding as to whom was who and what was what," Brooks Ward said. "To say what they said in that newsletter, I'm appalled."

“Through City Hall and the Department of Neighborhood and Business Development, we consistently tell developers that they need to have the support of the community to successfully develop their projects,” Roj said.

The mayor’s letter came to light this week when Peo likened it to a “political communication” and announced plans to introduce legislation to require City Council to approve all mailings from City Hall.

"It was purely political," Peo said of the letter in an interview.

As a candidate for City Council last year, Peo, complained to the city Ethics Board about a mailing Warren wrote on city letterhead and sent to 30,000 households in a city envelope urging residents to vote on a referendum about public schools.

While the board declined to consider the complaint, saying it lacked specifics, Warren’s campaign committee reimbursed the city $10,557 for the cost of the mailing.

The reimbursement was paid the same day a judge tossed the referendum off the ballot and said the mayor's letter "smacks of prohibited advocacy."