April 01, 2020
Idle hands are the devil's tools. Unless we place a musical instrument in those hands.

The coronavirus pandemic has put virtually every musician in the country out of work. But many have responded by retreating to their basements, recording a song, and then letting it run loose on the internet, where an innocent music fan will uncover something beautiful. Take the stunning version of Led Zeppelin's "The Rain Song," covered by Rochester band Violet Mary, for example.

Rochester's musicians have been filling the coronavirus void for a couple of weeks now: performing songs and posting them on the internet; setting up live watch parties. Music, scattered across the internet.

But starting at noon, this Friday, Saturday and Sunday, and running late into the evenings, more than four dozen local musicians are gathering under one digital cloud: The Rochester Livestream Music Festival.

The idea originated about three weeks ago at a meeting of local music venue owners and Matt Ramerman, a drummer and owner of The Green Room, a recording studio on Humboldt Street. They envisioned a festival, to be broadcast from their clubs. Without an audience.

But then the state of New York called for an end to nonessential gatherings.
"The idea was abandoned," Ramerman says. "And about a week and a half later, I was sitting there thinking, ‘What are we gonna do? In this time?' I said, 'Let's do it anyway, let's just do it from home.'"

So Ramerman revived the idea. And musicians responded to the call. Even ones from Colorado and Florida, although Ramerman politely responded that this is a Rochester-only event. Very quickly, he had enough names to fill three days of live internet broadcasting.

You'll be able to see and hear  the Rochester Livestream Music Festival  on Greenstream's Facebook page and via the festival's live stream on YouTube. Some of the musicians and local venues will link to the event as well.

"I think it's an inevitable development, at least for our short-term time here," Ramerman says of the show. "I also think, long term, it's gonna be something that's going to be added to long-term events. I don't see them being mutually exclusive. I see a future of live music and streamed music happening simultaneously, people deciding what the best course for their experience is."

As of Tuesday afternoon, Ramerman was still moving musicians into the few remaining half-hour and hour slots. It's an intriguing blend of some of Rochester's most notable music names — including Mikaela Davis and Danielle Ponder — and the intrigue of the unknown. 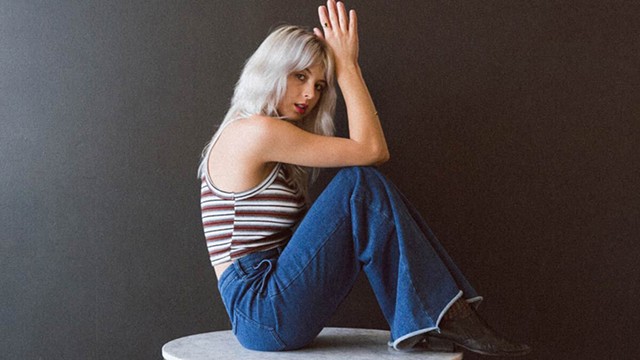 Friday is filled with the likes of Teagan Ward and Katy Wright from Teagan & the Tweeds (7 p.m.), Eli Flynn from Giant Panda Guerrilla Dub Squad (8 p.m.), and the quirky Seth Faergolzia (10 p.m.). The harpist and singer-songwriter Mikaela Davis, whose debut album was released in 2018 on Rounder Records, has a 9 p.m. show.
Corey Owens is a musician, but he's also a chef, and will be doing a live cooking demo at 6 p.m. Elvio Fernandes, the keyboardist and guitarist with Daughtry, has 2 p.m. slots each day for his Camp ROC Star music academy.

Saturday veers through varied genres: from the jazz and R&B of saxophonist Jimmie Highsmith Jr. (2:30 p.m.) to the folk of Aaron Lipp (3 p.m.); from Mike Gladstone of the rock band JunkYardFieldTrip (6 p.m.) and Kurt Johnson of the groove band Moho Collective (7 p.m.) to soul and R&B singer-songwriter Danielle Ponder (8 p.m.)

And Sunday, there's folks such as Josh Netsky of Maybird (5 p.m.), Alan Murphy of The Mighty High and Dry (9 p.m.) and, closing out the festival at 10 p.m., Sam Snyder, also of Maybird.

The complete lineup can be found on the festival's Facebook page.

"We need community right now," Ramerman says. "We need that kind of unity, and just saying, 'We're gonna make it through this, whether it's in person or virtually. It's just a challenge to overcome.'"

Mike Muscarella plays a 3:30 p.m. Sunday slot during the festival. It was his band, Violet Mary, that posted Zeppelin's "The Rain Song" on Facebook—newly recorded, with Muscarella on acoustic guitar and his wife, Mel, on vocals.

"I accept the fact that, while I write a lot of music, everybody wants to hear it from Mel," Muscarella says. "That's OK, I'm a big fan of Mel, too."

After laying down their tracks, they sent the recording to their bandmates, at their own homes, to add their parts. "Sadly, we can't be in the same room," Muscarella says. "It's our way of being in the same room."

Cover songs are a curious art. Everyone in Violet Mary picked one to record, and guitarist Jason Tortorici's choice was, "Calling Occupants of Interplanetary Craft," from a 1976 album by the band Klaatu. You probably have The Carpenters' version — a really strange thing — which actually hit No. 1 in Ireland.

Musicians with idle hands. A dangerous thing, especially in these times. "If we're in this soup, which I think we will be, we'll do an entire record," Muscarella says. He's thinking "Abbey Road," although we've already had a pretty good version by one of the English bands.

But for Sunday's gig, they'll be doing mostly originals, with maybe a few of what Muscarella calls "situation-specific" covers. Perhaps the gospel of Ben Harper and the Blind Boys of Alabama's "There Will Be a Light," or the Irish singer-songwriter Damien Rice's "Trusty and True." Songs walking the line between today's dark reality, and where we'd like to be, someday soon.

"We'll play music to meet you where you are," Muscarella says, "and music to lift you up."