Mary Monroe and the spiritual healing of music and dance

October 13, 2021
There seemed to be nothing to worry about. Mary Monroe and her partner, Nate Coffey, were fully vaccinated on that Aug. 8 afternoon, a celebration of life for their friend, Dan Murphy. The 65-year-old Murphy, the owner of Murph’s Pub in Stutson Street Plaza, had died unexpectedly a few days earlier.

And now Monroe, Coffey and some fellow musicians who had played Murph’s stages — at both Stutson Street and its longtime previous location on Titus Avenue — were serenading the memory of their friend. 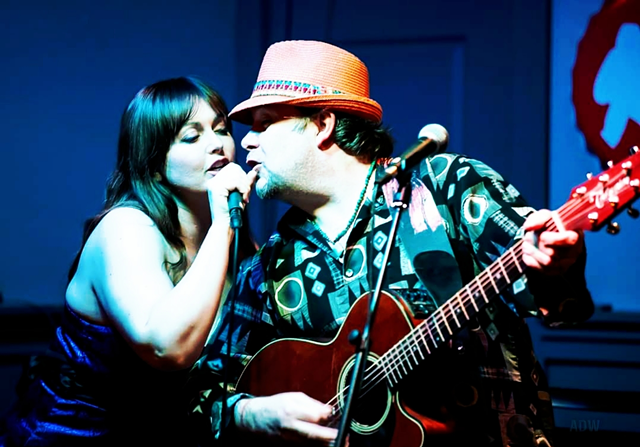 “When we went to Murph’s funeral, everybody was in there, shoulder to shoulder, packed inside,” Monroe says. “I mean, there was a lot of people outside, too. But I was inside most of the time and, of course, performing and things like that. And everybody’s crying and hugging, you know. And so that was probably the most people I have ever been around since COVID, and we’re pretty sure that’s where it came from.”

At first, COVID came for Coffey, and then it came for Monroe.

“You know when you get the flu, you just feel really off?” she says. “Well, it was like that, but like three times worse. So it hit me really hard, and I got sick really fast. The body aches were so bad, it was like, almost unbearable. And then I got a high fever, and I was hallucinating and couldn’t breathe.

“I was, like, talking to people that weren’t in the room and stuff. And Nate was shaking me, ‘Who are you talking to?’”

Coffey has fully recovered. Monroe is still feeling the after-effects, including a lingering fatigue that sometimes has her sleeping until noon. And there’s that “brain fog, but that’s normal.” Perhaps not normal for Monroe before the pandemic. But normal for people, she says, who have fought their way through the virus.

Even as the brain fog still clears, Nate and Mary's World Music Quartet plays an 8 p.m. Saturday show at 75 Stutson Street, a former church in Charlotte.

The World Music Quartet, as the name implies, plays internationally inspired music. A spiritual sound, with some songs inspired by Middle Eastern culture. Music such as “Ohms,” composed by the band’s saxophonist, Tommy Gravino. And a meditative piece called “Keertana,” Arabic for a spiritual state of mind.


The original ambitious plans for the Oct. 16 show were to bring in Bakithi Kumalo, a bassist who also performed with Paul Simon and played on Simon’s album “Graceland.”

But the COVID experience of Coffey and Monroe led them to pare back the event. “I didn’t want to pack in a room full of people again,” she says. So, no Kumalo.

This is music accompanied by dance. And so Monroe created The Glowing Goddesses — a dance group, mainly a half-dozen women, who join The World Music Quartet onstage with their fusion of modern dance and belly dance. “It’s so freeing, it’s not as restrictive as ballet,” Monroe says. The Glowing Goddesses have already joined Rochester’s spiritually driven The Buddhahood for a performance of a piece called “Through the Veil.” And Coffey has written a song, “Angel,” in which The Glowing Goddesses perform in the dark, with LED lights attached to gossamer wings. 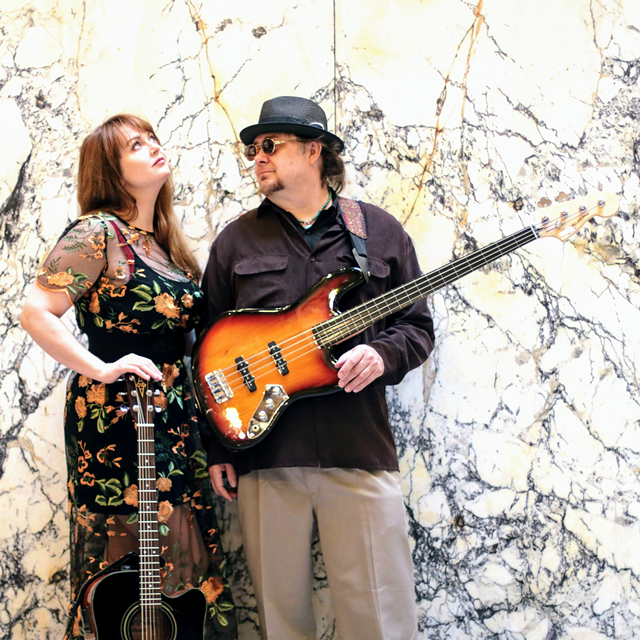 “Some of them are 50 years and up,” Monroe says of the dancers, “and it’s making a lot of them feel alive and beautiful and vibrant again, from doing this kind of dance. It really does make you feel more confident in yourself, and just makes you love yourself more, which is a beautiful thing about this dance.”

Call it simply a perspective on life, or call it something deeper. “Music and dance is a great way to connect with your divine consciousness,” Monroe says. “At these moments, when I am dancing or playing music, is when I am most connected.”

Monroe says dance was her first love. She was studying ballet at age 6 and took lessons until she was 10, when they became too expensive for her parents. So Monroe began babysitting, and put that money back into dance lessons.

Yet there was something else to being a Monroe, and that soon emerged. Her father was Dennis Monroe, one of the best-known folk musicians in Rochester. A versatile musician. “He was a master at everything he played,” she says. He passed on to her his affinity for guitar, piano, ukulele, violin, and voice. More recently, she’s taken on the bass.

And there is the harp. That’s the instrument most people think of when they think of Mary Monroe, the musician. 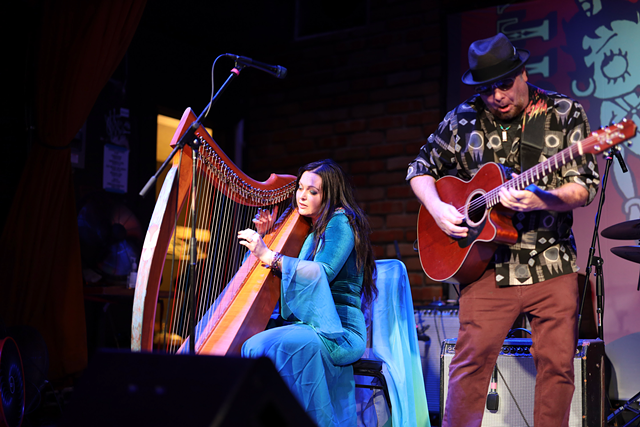 There was also Monroe the triathlete as well — a sport that’s equal parts swimming, biking, and running. But after she injured her spine, and underwent neck surgery, that was over. It was a year ago that Monroe’s neurologist suggested her recovery might be aided by some gentle movement.

And dancing re-entered her life. It was looking forward to resuming the dance and music — and “two children I wasn’t ready to say goodbye to,” she says — that got Monroe through the worst days of her COVID.

And she says she made it with the aid of friends who had recently passed on, “letting me know it wasn’t my time.”

Monroe says her mother “knew I was a very spiritual person from the day I was born.” Monroe was the kid who channeled messages at funerals, and did readings for friends. “Or I would lay hands on people and they could feel this energy, healing energy from me,” she says. “And I didn’t know, I wasn’t trying, it was a part of me. And then I learned more about it, I purposely tried to open up more.

“It was not something I wanted or sought after. I pushed it away. I just want to play music and dance.”

Monroe was 28 years old when her father died of a heart attack in 2006, “and that’s when this all started happening.”

It is still happening.

“I definitely felt him around, and I constantly feel his love around me, and his presence,” she says. It’s the same with some friends who have died over the last couple of years. Musicians, mostly. She feels them, she says, “Like a waterfall of colors flowing through your music, and super-extreme energy.”

“Luckily, I’m a spiritual person and I can feel them around me,” Monroe says. “And sometimes I feel them playing through me. Quite often, that can be like an out-of-body experience, sometimes as I’m playing.”

And there is this most recent loss.

“Murph has come to me several times,” she says. “One time I, like, I just felt this cool breeze. And when they’re there, you feel like they’re really there, when they were physically alive. So when they visit me, like, I feel, ‘Oh my God, they’re there.’ I just know it.”

After loss comes healing. Monroe calls herself a spirit medium. And a practitioner of reiki, energy healing.

“We all have the ability, if we aren’t afraid to open up to it,” she says. “Our brains are pretty phenomenal things.”