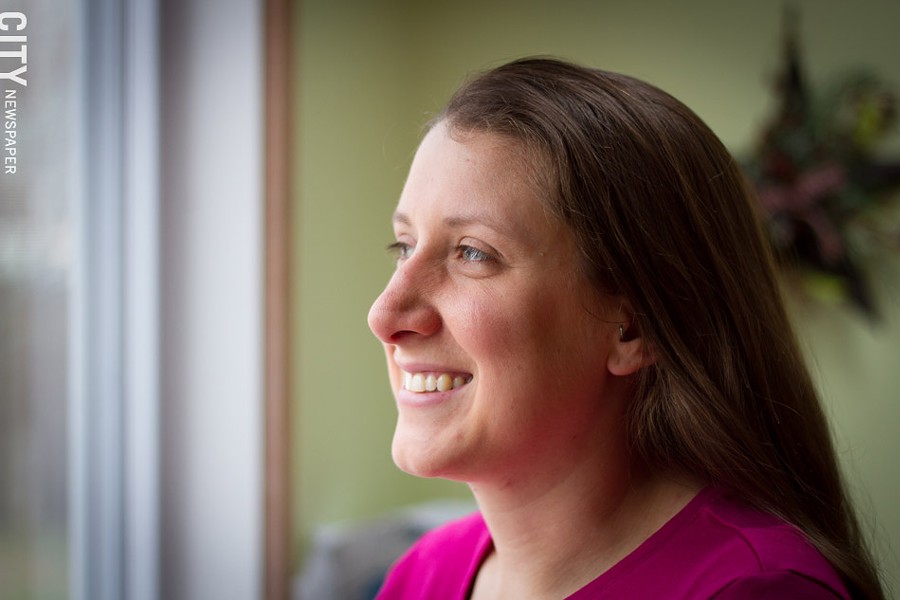 PHOTO BY KEVIN FULLER Stephanie Gallant of the March for Science.

Rochester is steeped in science.

George Eastman's film business was basically chemistry. The cutting-edge medical and tech research happening at the University of Rochester Medical Center uses just about every branch of science, from biology to theoretical physics. Photonics, a high-potential industry for the Rochester region, is a branch of science. And that just scratches the surface.

The April 22 Rochester March for Science (rocmarchforscience.org) is partly intended to recognize what the sciences have done for Rochester. But as the local satellite event to the national March for Science, the idea is emphasize the importance of government funding for the sciences and to denounce President Trump's proposed cuts to federal science programs.

Trump's 2018 budget rips funding from National Institutes of Health research budgets, from federal weather forecasting services, from Environmental Protection Agency research, and more. In other words, it threatens important programs that fight disease, protect the environment, and advance technology. The cuts could hurt local initiatives and jobs, says Stephanie Gallant, a teacher and chair of the Rochester March for Science organizing committee.

"We have a lot of students that are looking to have careers in science that won't happen under some of these administration policies," Gallant says. "We have people who have been positively influenced by science because of medical studies, and that wouldn't be possible without science."

Science shouldn't be a partisan issue, and the Rochester March for Science is a non-partisan event, says Gallant, a City of Rochester resident.

"I think that science is so broad that anybody who comes to the march can get behind it," Gallant says. "And I think that's where our success will be."

The march starts with a 9:30 a.m. gathering at Martin Luther King Jr. park downtown, will start moving around 10:30 a.m., and will end at the Hyatt Regency on East Main Street, where the organizing committee is having a science expo. The event is wheelchair accessible and will have ASL interpreters as well as programs in Braille.

The march, which organizers started planning in the fall, comes on the heels of some executive orders from President Trump designed to do away with or cripple Obama-era climate actions. He's trying to undo the Clean Power Plan, which would have required states to reduce power plant carbon emissions, and he wants to eliminate methane emissions limits for oil and gas drillers on federal lands, for starters.

"You couldn't prepare for this," says Jenny Muhl, a Brighton resident and Action Together Rochester member who helped organize the march. "It was just a gut punch."

Muhl says she's seeing more people being politically active than she has in the past, and that they're often looking for ways to be involved. Marches provide an entry point, and the more people show up, the stronger the message they send, she says. In this case, the idea is to show lawmakers that the people they represent demand government action to fight climate change, she says.