Mall Santas are back in Rochester, but playing it safe

November 09, 2020
With his snowy white beard, rosy cheeks, and booming laugh, Max Robertson is a shoe-in for jolly old Saint Nick. And for 25 years, the retired Greece school teacher has embraced the role, donning the red suit and spreading holiday cheer to children in and around Rochester.

But as the pandemic roils the holiday season, this Santa Claus is taking the year off. The choice was a dilemma for Robertson, whose volunteering at schools and charities for children with disabilities carries with it for him decades of treasured memories.

“Gosh, I just look forward to it so much,” Robertson said. “Especially the Down syndrome kids, it’s so special. They love you unconditionally, and none of them are scared, they’re just so excited to see Santa.” 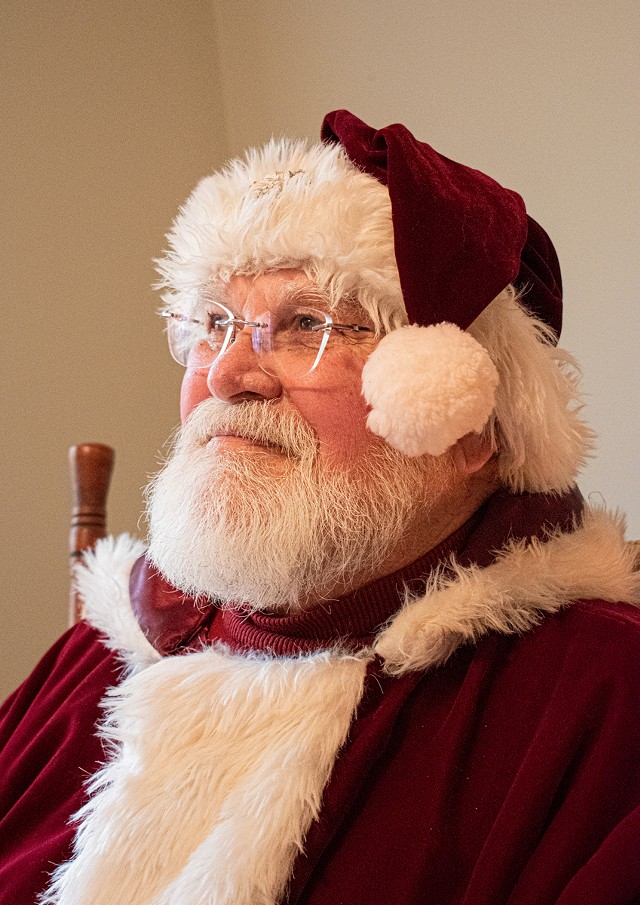 The concern for Santa is his getting sick. Sure, the old elf is magical and his existence hinges on faith, but he’s human, too. That means Santas everywhere, and the places that host him, have some tough decisions to make about his presence this year.

Santa will still make his annual rounds at Marketplace, Greece Ridge, and Eastview malls, said Wendy Roche, the director of marketing and public relations at Eastview who this time of year assumes a role as one of Santa’s helpers and coordinates his visits in Rochester.

But to get his ear for a few minutes, families will have to make reservations. Santa will wear a mask and children will not be allowed to sit on his lap.

“We have to keep everyone safe, and keep Santa safe,” said Roche, who spoke of Santa as a real person because, of course, he is real, just as love and generosity are real. “They’ll still be able to talk with him, and hopefully we’ll still be able to keep the magic alive.”

While it is tempting to imagine that doing the same job for time immemorial would mean Santa knows his role by rote, he does have to take refresher courses.

Those are provided by New Jersey-based Cherry Hill Programs, a company that leases space at malls and stuffs its stockings with green by offering photo packages with Santa Claus. The company is training three Santas to alternate duties at Rochester malls, the same as in recent years.

Indeed, a spokesperson said the company has managed to maintain a typical roster of Santas.

“The number of locations Santa visits across the U.S. and Canada typically fluctuates by as much as 10 percent up or down in normal years, this year is consistent with that,” the company’s chief marketing officer, Matt Windt, said. “While some smaller centers are making the decision to cancel their Santa experience, the vast majority plan to host Santa.”

Santa, of course, is fed by the love of children around the world and delivers toys to them out of the goodness of his heart. But he can also pocket a pretty penny, Windt said, pulling in between $6,000 and $30,000 in a season, depending on the market size.

The North Pole is a harsh place to live, and keeping his home and workshop in tip-top shape ain’t cheap, you know. 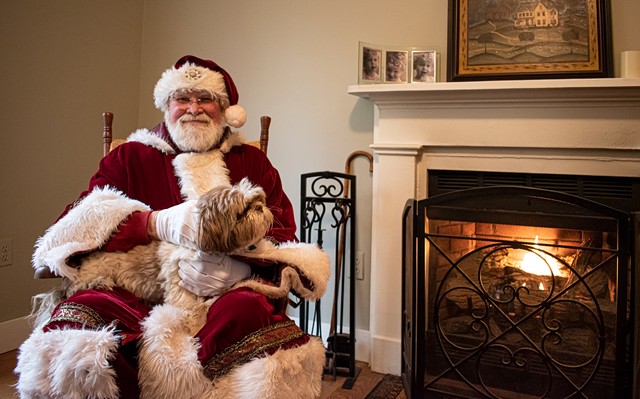 Robertson said he is sometimes paid for appearances, but donates the money to local children’s charities.

Some Santas are going digital this year, following the path of so many other things in the age of the novel coronavirus. Jeremy Zehr, a captioning team specialist at RIT’s National Technical Institute for the Deaf, is one of them.

At 42, Zehr is a young Santa. But Santas have to start somewhere and Zehr, who is playing the role for the first time and began growing out his beard and hair back in January, figured bringing Santa to children over Zoom was as good a way as any.

Zehr plans to accept small donations to benefit Caledonia’s Focus on the Children, a 211 Lifeline program that provides financial support for kids in Livingston County.

“My plan is to set aside a few hours on Saturdays throughout the month to schedule appointments with families,” Zehr said. “We can use technology to meet with kids if maybe they’re worried about grandma, or there’s family members with co-morbidities that could be infected.”

Zehr, who informally played Santa for family in the past, said putting on the red suit is akin to becoming possessed by the spirit of the holidays. 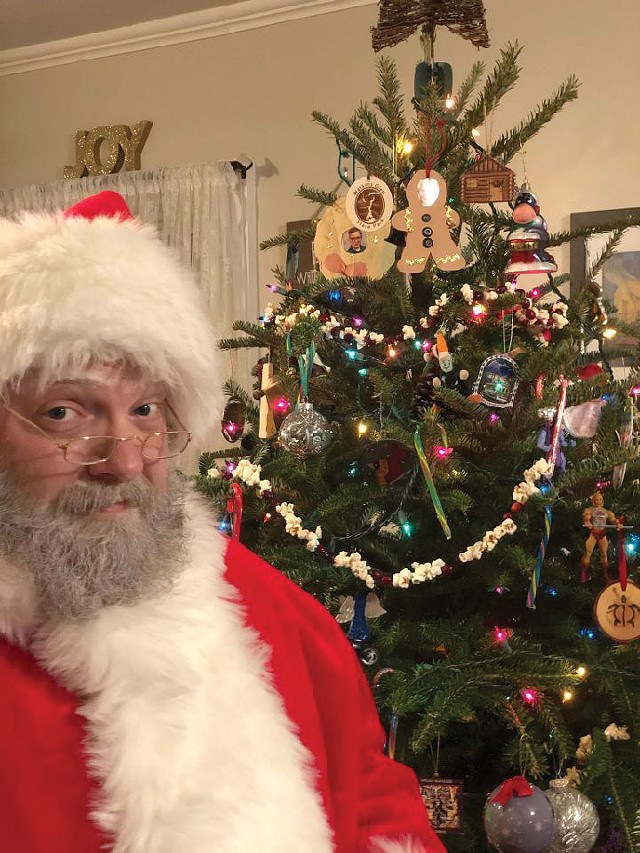 “It’s not just playing a role,” Zehr said. “When you put on the suit, it’s almost like you are becoming this entity that has existed for over a century in movies, TV shows, everything like that. You also get to ask the question of what would I have wanted Santa to be when I was a child?”

Robertson gets the same feeling. He said he was hoping to get back on the rocking chair next year. For him, there is nothing more satisfying than bringing joy to children.

“I remember one time working with the Down syndrome kids, we had a 16 or 17-year-old that weighed more than me, and he came running from the back of the party house we were having it at and took a big leap at me,” Robertson said, with a hearty chuckle. “We both went toppling over. It was just really amazing. You can’t put a price on that.”

Robertson said he was preordained as a child to one day become Santa Claus, based on his experience visiting Santa with his sisters at Sibley's in the mid-1950s.

“I have the greatest picture, where, out of the three of us, he was reaching out and holding my hand,” Robertson said. “My kids saw that picture and always said, ‘Dad, he picked you.’”