Making the most of meteorological misery

Rochester has no shortage of festive winter traditions. Some are long-standing, like the annual lighting of the Liberty Pole, which each year becomes a Christmas tree-shaped beacon in the center of downtown on dark, cold nights. And some are newer, like the Roc Holiday Village, which brings holiday cheer to Manhattan Square each weekend in December. But other annual traditions that Rochesterians used to eagerly await have long since been forgotten. Here's a look at three winter traditions from our past.

Every Thanksgiving, countless Rochesterians tune in to watch the Macy's Day Parade, but years before that mainstay march was televised, the Flower City hosted its own festive procession.

Inspired by department stores like Macy's in New York City and Gimbels of Philadelphia, Sibley, Lindsay & Curr launched an annual parade in 1936 to promote its popular Toyland section. Held the Saturday before Thanksgiving, the event marked what was then the official opening of the Christmas shopping season.

The night before parade day, a barrage of rubber balloons camped out in Cobbs Hill Park, where they were inflated with a vacuum cleaner. The following morning, the towering windbags embarked on a two-mile journey from East and Culver all the way to the corner of Main Street and South Avenue. 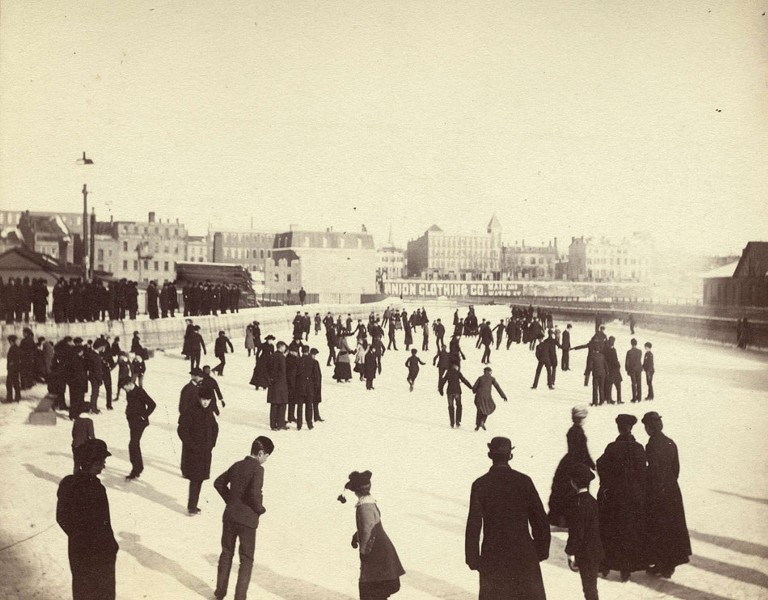 Floating icons such as Snow White, Humpty Dumpty, and Krazy Kat dazzled wide-eyed spectators along the route, as did the series of marching bands, clowns, and other characters that paved the way for the event's headliner, Santa Claus.

Though wildly popular — the event drew anywhere from 50,000 to 100,000 people annually — the Sibley's parade made its last run in November 1941. Three weeks later, Pearl Harbor was attacked and the country's rubber resources were redirected toward the war effort. A few years after the armistice, the Macy's Day Parade began its national telecast, and parade viewing became an indoor activity for many local residents.

The City of Rochester attempted to resurrect Sibley's' tradition in the late 1980s, but neither the balloons nor the attendance of the new holiday parade reached the heights of its predecessor. Declining public interest led to its demise in 1992.

While Christmas and the myriad related events leading up to it often seem to dominate the festive season, for much of the 19th century, the biggest winter holiday in Rochester was New Year's Day. And some of the traditions that we now associate with Christmas used to be observed on January 1.

The occasion was marked by gift exchanges between friends and among employers and employees. Notable gift presentations were often covered in the local newspapers. The holiday was viewed as an opportunity for charitable giving as well, with social organizations like the YMCA and the People's Rescue Mission offering hearty meals and entertainment, and members of fraternal clubs bringing gifts to children in orphanages and the State Industrial School.

It was also common to host "open houses" for friends near and far. A reporter for the Rochester Daily Advertiser noted in 1852, "These friendly social greetings are calculated to keep alive the warmer and kindlier affections and sentiments of the heart, and to wear away the asperities which not unfrequently [sic] exist among neighbors."

That year, Mayor Nicholas Paine and his wife opened their doors to almost 2,000 visitors, who feasted upon a bountiful spread over the course of the day.

In the well-to-do neighborhoods of the Third Ward (now Corn Hill) and East Avenue, these calling hours were especially important in homes with eligible young women. Gentlemen suitors made the rounds from house to house on New Year's Day, making pleasantries with potential mates and partaking in food and drink, sometimes to excess.

Such imbibing was not limited to the gilded estates of Rochester's elite. The liberal consumption of libations that we now associate with New Year's Eve was then commonplace the following day, in part because saloons were usually among the few establishments open for business. In 1871, one local reporter complained, "there were more intoxicated people in the streets yesterday [New Year's Day] than ever before."

Contemporary Rochesterians can get a taste of how the holiday was once observed via the "Memories of a New Year's Day" tour led by Corn Hill historian Jim DeVinney. The free event begins at Ralph Avery Park at 2 p.m. on December 29.

The festive warmth that New Year's Day brought about was often swiftly followed by a steep drop in temperatures. Many Rochesterians then, as now, turned to sport activities as a way to cope with the prolonged meteorological misery that marked the second half of winter.

Ice-skating in particular became a favorite local pastime in the late 19th century as outdoor rinks popped up in neighborhoods across the city. One of the most popular rinks was located at the current site of the Broad Street bridge.

Before the Erie Canal was rerouted from downtown, the aqueduct that lies beneath the current bridge carried the canal over the Genesee River. Seeking to make use of the commercial waterway during its downtime, a series of local entrepreneurs beginning in the 1880s flooded and froze the canal bed into a rink each winter.

Equipped with electric lights (then still something of a novelty), a rental shop, and warming fires, the Aqueduct Skating Rink welcomed visitors from morning to midnight for 10 cents a ticket.

In the early 1900s, when the entry fee was deemed cost-prohibitive to some, a grass-roots group called the Children's Playground League negotiated reduced rates and free admission for kids who couldn't otherwise afford the full fare. Thereafter, the rink's clientele represented a veritable cross-section of the city.

Though the Aqueduct Skating Rink closed for business when Broad Street replaced the downtown section of the Erie Canal in the 1920s, outdoor skating is one historic winter tradition that has continued in Rochester to this day. Patrons of the rink at Martin Luther King Jr. Park now skate just a few blocks from where Rochester residents used to glide on the ice a hundred years ago.