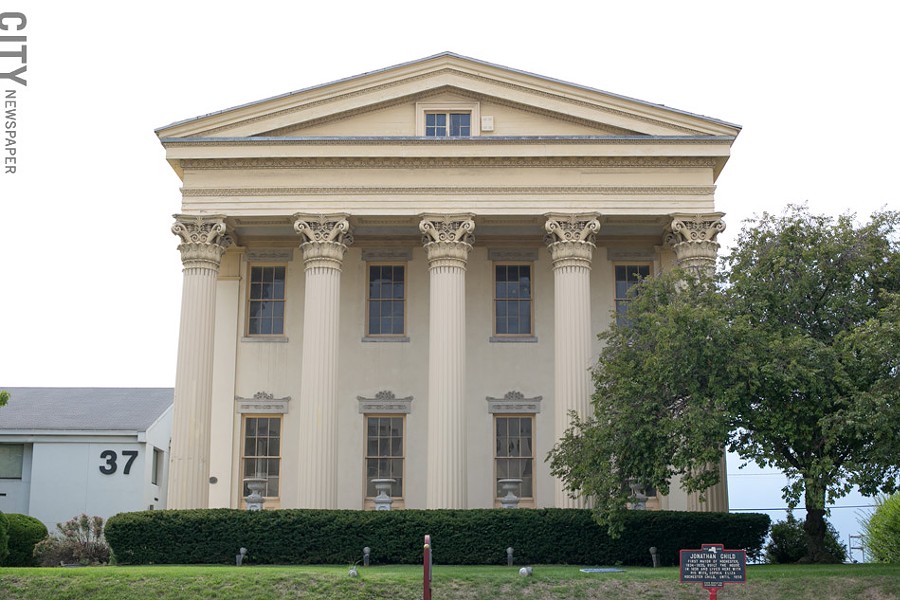 PHOTO BY MIKE HANLON The Jonathan Child mansion on South Washington Street is getting a new life as a setting for weddings and other events. 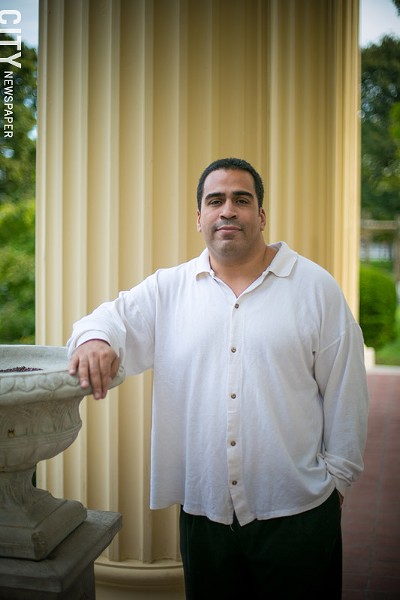 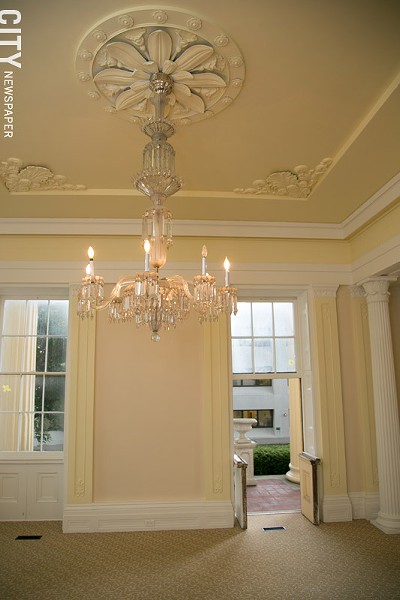 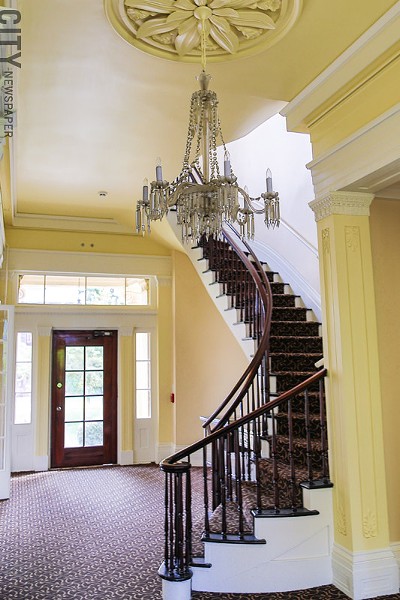 Ozzy Arroyo's plans for the Child mansion in Rochester are nearly as grand as the building itself. He envisions a premiere event space, a café and catering operation to help young people begin culinary careers, and a reality-show-type setting for brides on their big day — the latter inspired by the spectacle and grandeur of the wedding of young British royals Will and Kate.

"I think Ozzy's goal is to do the building justice and to do it right," says Caitlin Meives, preservation planner with the Landmark Society of Western New York. "I think it's got great potential."

The Greek Revival mansion on South Washington Street was built circa 1835 for Rochester's first mayor, Jonathan Child. With its elevated view of the canal which once ran through the city, imposing Corinthian columns, and elaborate, intricate design, the mansion was derisively labeled "Child's folly" by the former mayor's contemporaries, Meives says.

"He was like the Trump of his time, and this was his Trump Tower," Arroyo says.

Since Child's era, the mansion has had a revolving door of owners and uses. It has been a home, church, office, two restaurants, and a boarding house — not in that order. The boarding house was called "The Pillars," a name Arroyo borrowed for the mansion's latest incarnation. Following three months of repairs, "Rochester Pillars" will host its first event, a corporate gathering, in about a week.

Meives says that given the growing interest in downtown, it seems like the right time for a project like Rochester Pillars, which combines preservation and community service, to take off.

"This is not just an important piece of architecture and history," she says. "It's an important contributor to the economy of downtown."

Arroyo's high-concept plan for the mansion is to set up cameras to record the weddings booked there — from day-of preparations to the event itself. It would also be streamed live for family and friends unable to attend.

But Arroyo and his team are clearly most excited about the café and catering business, which will be run by graduates of the culinary arts program at East High School.

"It's their business. They'll run the show," says Jeff Christiano, a chef and culinary arts teacher at East's Academy of Hospitality and Tourism. "They'll learn to make it profitable or suffer the consequences if they don't. They've got to learn from their business mistakes."

The graduates will run a small café inside the mansion and cater events held on the grounds, including wedding receptions. They'll set their own salaries, create their own menus, do inventory, and everything else that goes into running a restaurant.

"I'm looking to grab as much experience as I can," says Dakarai McBean, a 2009 East High graduate who is currently in culinary school. "I'm always in the kitchen. I love to cook and I love to eat. I'm drawn to [cooking] and it is drawn to me."

McBean is one of three East High grads initially involved in Rochester Pillars. Christiano says the ultimate goal is for the young people to get real-world work experience at the mansion, and then go off and work in their own restaurants.

"We're going to build a little army in the city of restaurant owners," he says.

That army will be a network for East High culinary graduates in the future, Christiano says — people who can give them advice and help them find jobs.

Christiano will be available for guidance while his former students run Rochester Pillars.

"I'm like a proud papa," he says. "Every kid who sees this place is blown away beyond imagination."